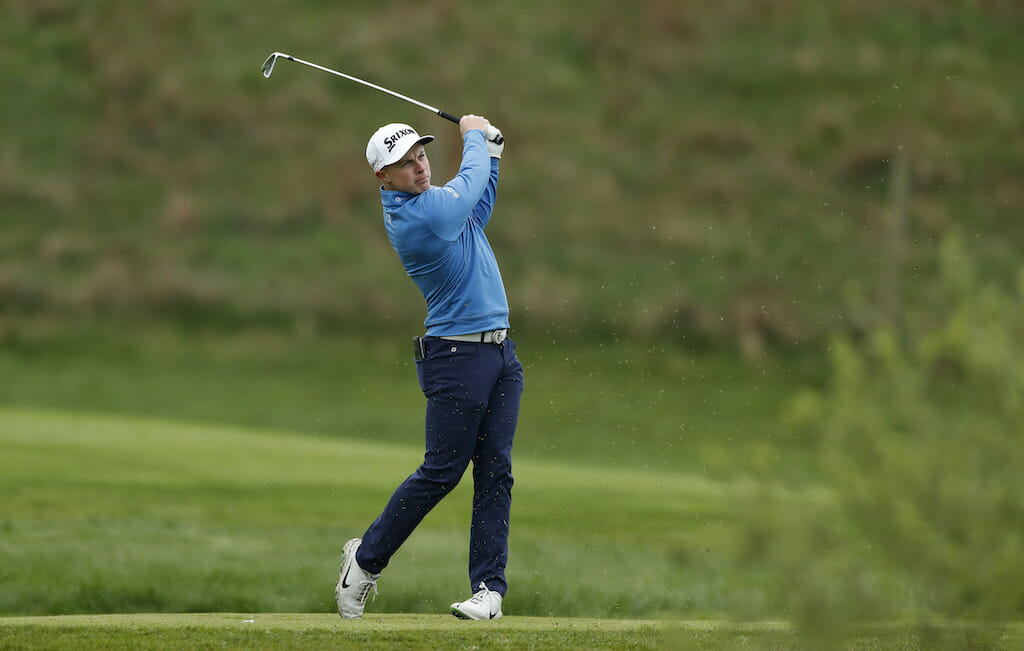 Portmarnock’s Conor Purcell looks set for another big week on the Alps Tour but he’ll have his work cut out to better last week’s runner-up finish ahead of the final round of the Red Sea Little Venice Open.

The Dubliner produced his second straight four-under par round of 68 with five birdies and just one dropped shot on Monday. Purcell moved into a share of 14th at eight-under par but finds himself trailing 17-year old French amateur Oihan Guillamoundeguy by eight strokes after the teen pulled four shot clear at 15-under par at Sokhna Golf Club.

The cut, at -4, allowed 53 player (48 pros and 5 amateurs) to compete for the title on Tuesday in the last event at Sokhna before the Alps Tour will move to Cairo. Purcell leads the Irish contingent with The Island’s Paul McBride a shot further back after taking route 66 to the clubhouse in an impressive second round that included six birdies and an eagle on his way to a 7-under par 36-hole tally.

Simon Bryan also shone with six birdies in a bogey-free 66 of his own to move to six-under and inside the top-30 where he was joined by Dubliner David Carey who carded a second consecutive 69 that included four birdies and one bogey.

Naas professional Jonathan Yates signed for a superb four-under 68 to make the final day cut on the number at minus-four with Gary Hurley (-2), James Sugrue (+1) and Luke Donnelly (+8) all missing out.

Guillamoundeguy is the guy to catch after signing for an eight-under par 64 and halfway score of -15.

“I’m really excited about my round,” said the youngster. “I started very well with a birdie on 10th which gave me a lot of confidence. Then, I holed a couple of putts on 13th and 15th , and on 17th I holed a 8 meters putt for an awesome eagle.

“I’ve been driving off the tee very well and this made me able to attack the course from easier positions. Too bad for the bogey on the 5th. I had to hit a tricky iron and I ended up chipping from outside the green. However, I’m very satisfied for today.

“I get along very well with my dad who is on my bag here, from time to time I ask for his advice when I’m in doubt with some breaks on the putting greens, but apart from that, every decision I make on the course it’s only mine.”