From the verge of tears to forming the dream career: Seamus Power 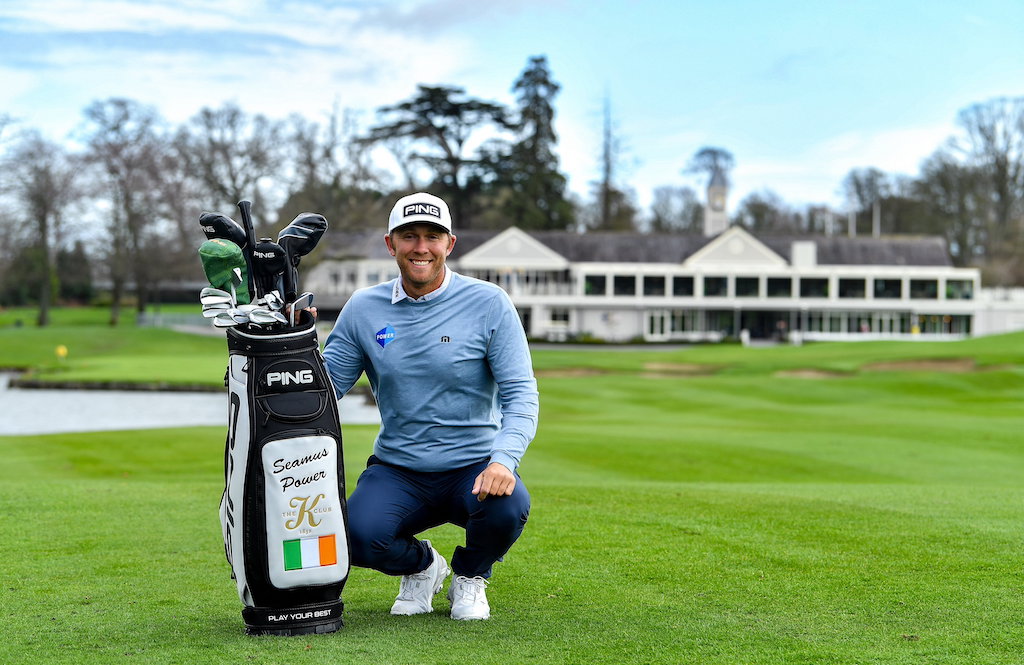 Pictured during a practice round at The K Club in Straffan, Kildare, is Seamus Power. Photo by Brendan Moran/Sportsfile

There’s something about The K Club that hits different. When the Ryder Cup came to town in 2006, the iconic venue was at the height of its powers, and arguably Ireland was too.

The Celtic Tiger was purring, the Emerald Isle punching well above its weight, and a bright golf prospect from West Waterford had moved to East Tennessee University, taking up a golf scholarship in the hopes of one day turning pro.

There was nothing unique about Seamus Power’s decision to take the U.S. collegiate route but the fact he spent the best part of a decade after graduating fighting tooth and nail in the cash games of mini-tours was certainly the road less travelled.

“I remember several times being close enough to tears and not like tears of sadness but it is so frustrating at times, it just drives you up the wall,” Power recalled from The K Club where he’s been officially announced as the renowned venue’s new Touring Pro.

“I remember I was on the mini tours and you are watching your bank balance going like this [pointing down] and I remember skipping a couple of tournaments, in 2012, because if I miss these two cuts, I could be out of money and that was tough going.

“It went from the lowest to the highest. Even when I won on tour I don’t think I felt as good as I did in 2012 when I won 15grand and the weight of the world was off your shoulder and I felt like I was a millionaire. It was the greatest thing ever.”

His maiden PGA Tour win at the Barbasol Championship last year might’ve struggled to match the desperate relief of his mini-tour cash injection but where the 15-grand of yesteryear provided temporary relief, Power’s Barbasol ‘W’ has changed his life forever.

From playing for his living, Power was transported through the Pearly Gates of the Sentry Tournament of Champions where he was soon living his dream; so far removed from the anxiety-laden fairways of the E-Golf mini-tour that he wondered if he was playing the same game at all.

“Sometimes you do look around [and pinch yourself],” he says.

“The tournament of Champions was one. I was talking to Simon [Keelan-caddie] and a couple of times you look at him on the course, ‘like, this is unreal’.

“I have never played a tournament with less pressure. Like last place was $100,000 or something… ridiculous!”

Another ‘is this actually happening?’ moment arrived last week at the Genesis where Power’s new-found standing amongst the game’s top-50 players had him fist-pumping perhaps the greatest golfer that’s ever lived:

“Every time you see Tiger – I saw him last week in the Genesis and gave him a little fist bump in the dining area. He is the only one like, he looks like he is walking around on water, he’s so different.”

In truth, it’s all different for Power. All new. Growing up in West Waterford, of course you’d hope these days would come but for so long they seemed totally removed from reality. Even this press conference in Straffan, where Power revealed the special ‘K Club’ logo on his bag through 2023, is something the 34-year old would’ve never imagined when he was playing golf in East Tennessee.

“I wouldn’t have grown up in a golfing family but everyone knew what The K Club was and where it was and everyone who had played it loves it,” Power said, hugely proud of his growing ties to Ireland having played so much of his golf in America as he attempted to carve out his dream.

“I said to my Dad a couple of years ago, I’d love a proper Irish connection. I’ve been in the States for 15 years on and off now. You always hold onto it.

“To have an official connection to a place like this is amazing. It looks great on the bag, the logo, The K Club, and the flag underneath. It’s very cool.”

In Seamus, The K Club has signed a player still working towards the peak of his powers. Up until his win at the Barbasol, Power had played the entirety of his PGA Tour career under the weight of the top-125 FedEx Cup cut-off, in a struggle for points and career stability off conditional status, often unsure where the next start would come.

He signed off a disjointed 2020 campaign in 429th place on the world rankings, and 2021 didn’t start much better, but once Power started hitting his stripes after a trip to Dr. Bob Rotella and taking ownership of his swing, his trajectory has soared. Up to 46th in golf’s world order, Power’s had to wait so long for his chance, now that it’s finally arrived, he feels like it’s only getting started.

“For me, it’s a slower journey than you’d like it to be,” he says. “When you’re growing up practicing, you don’t dream of playing the E Golf Tour for four years or the Korn Ferry, you dream of coming out and you’re winning straight away like some of those guys.

“But that’s the beauty of golf. You can play longer and I feel I’ve still a lot of years left in my prime at 34 so I hope I can take advantage of it.”

To illustrate just how far he’s come, just look at how Power’s goalposts have shifted. No longer burdened by card constraints, he’s already secured his place in the end of year playoffs before spring. With a first major on the horizon at the PGA Championship, and a hopeful drive up Magnolia Lane should he remain within the top-50 by the March 28th Masters cut-off date, much excitement still awaits. But major dates aside, Power has another target in mind – a spot in the end of year Tour Championship, and all the riches and rewards that come with it.

“If you get into it, you get in all the majors and then there are the FedEx perks of being there,” Power explains. “It would be a real feather in the cap to be there because you have to play well all season long to be there, all through the playoffs.

“So it’s a massive thing and it’s hard to get there especially the way the points are now. It probably is underestimated because it’s one of those things that’s not that exciting (for fans) but as a player you really get rewarded for year-long good play

“I am in that position where I don’t feel I have a lot to lose. It took me long enough to get here so I can almost give it a rip and see what happens.”