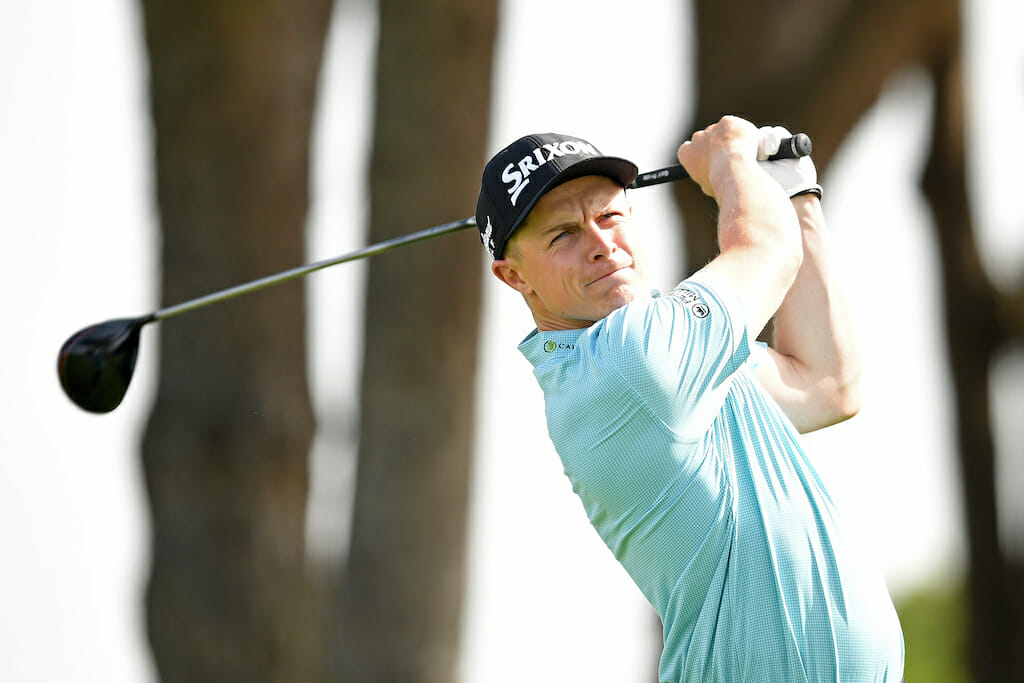 Portmarnock’s Conor Purcell enters the final day of the Ein Bay Open in Egypt just two shots off the lead as he looks to kick off his Alps Tour season with a victory.

The 24-year-old is only competing at Sokhna Golf Club on a tournament invite having missed out on Qualifying School last year due to food poisoning, but is making the most of it as he followed up a 65 on day one with a one-under 71 on day two.

At eight-under for the week, Purcell is a couple adrift of a five-way tie for the lead shared by Gregorio de Leo, Pierre Pineau, Jack Floydd, Davey Porsius and Stefano Mazzoli at 10-under.

Purcell did all his scoring on the back nine after he struggled on his outward half, dropping shots at the fourth, fifth and ninth after beginning his round with a birdie at the par-five third, to turn in two-over.

However, he bounced back well with three birdies on his way back to the clubhouse – at the 10th, 16th and 17th – to put himself in a good position going into the final round.

He will be joined in the final round by three other Irishmen, with Gary Hurley (-5), Jonathan Yates (-4) and James Sugrue (-3) all qualifying for day three, however it looks like they will not be close enough to mount a challenge for the title.

West Waterford man Hurley in particular had a fantastic round, birdieing six of his last 11 holes on his way to a bogey-free 66 that moved him inside the top-20 and gives him a small chance of potentially stealing in to triumph.

Yates, meanwhile, was hovering around the one-under cut mark late in his round when he dropped back-to-back shots at 15 and 16, but closing birdies at the 17th and 18th for the Naas ace led to a four-under 68 that has him at the same score for the week.

Sugrue did almost the opposite, the Mallow man bogeying three of his first four holes to leave him battling to stick around for the weekend, but he would drop just one more shot on his way back to the clubhouse around seven birdies in a 69 to sit three-under.

There was disappointment for David Carey, who missed out on the cut by one shot after a 71 left him level-par for the week; with an eagle on the par-four 11th on his way to a 69 not enough for Simon Bryan, who ended the tournament at one-over.

Paul McBride and Luke Donnelly both ended their weeks with 74s which saw them both miss out at three-over and six-over respectively.

At the top, Dutchman Porsius was the most impressive as he took just 30 strokes on his inward nine – five birdies and an eagle – on his way to a 64 to haul himself into a five-way share of the lead at 10-under.

Italy’s De Leo and England’s Floydd both signed for four-under 68s to get up to the top of the standings as well, with overnight leader Pineau recording a 69 that will see him in the penultimate group with Purcell and Italy’s Michele Ortolani (also -8) in the final round.