McIlroy makes move but Niemann not for catching at Genesis 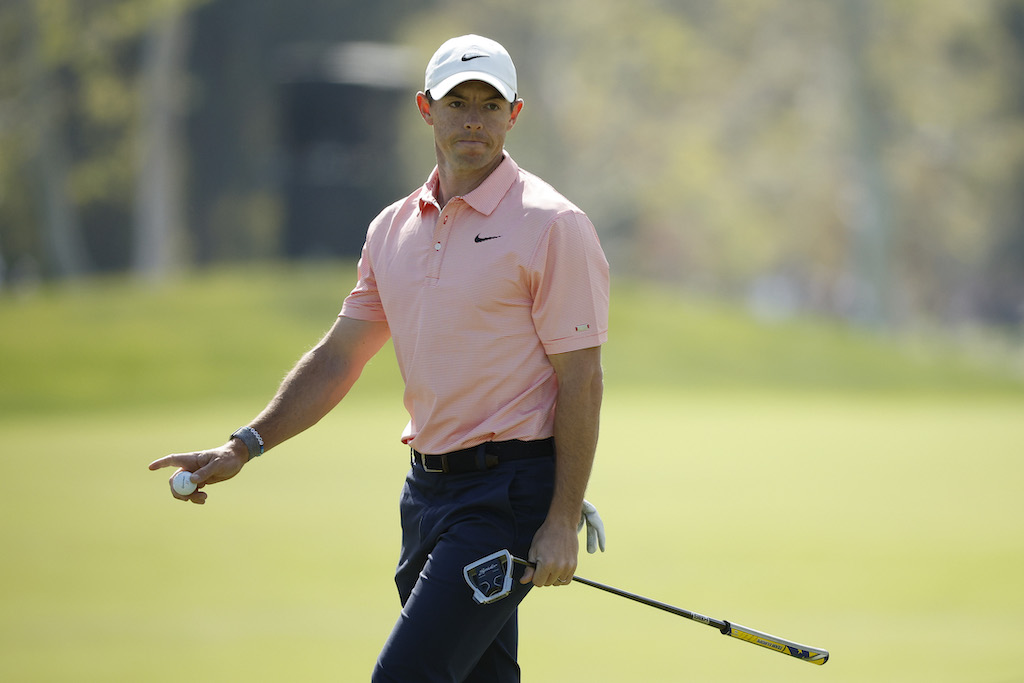 Rory McIlroy pulled himself inside the top-20 at the Genesis Invitational with his best round of the week on Saturday at Riviera Country Club as he mixed six birdies with two bogeys in a four-under 67.

At seven-under for the week, he is not going to challenge the top of the leaderboard as Chile’s Joaquin Niemann continues his bid to close out a wire-to-wire victory in the Pacific Palisades, but McIlroy at least continues to trend in the right direction.

The Holywood man opened with rounds of 69 and 70 to make the cut with little fanfare, keeping the bogeys off the scorecard but also not making enough birdies, but in his third round he started to throw the shackles off a little more.

He is still 12 shots off leader Niemann, however, the 23-year-old continuing his incredible week with a three-under 68 which is his worst round by a staggering five shots, but he still leads by three from 24-year-old rookie Cameron Young at 19-under.

McIlroy will be disappointed to be playing a supporting role, but it was another day where his game showed visible signs of improvement, although it could have been even better had he not missed four birdie putts from inside nine feet on the back nine alone.

The World No.5 started strongly with birdies at the first and third either side of a bogey on the second after finding the greenside bunker, and he would finish his front nine strongly with fine approaches at the seventh and ninth yielding two more birdies.

His putting still shows signs of rustiness, the first two eight-footers going wide at both the 10th and 11th for birdie, but he did continue his momentum with a good birdie on the par-four 13th from 13-feet.

A wayward drive on the par-four 15th would lead to his second bogey, but he would finish strongly with a birdie at the par-five 17th having hit the green in two, but two more eight-footers missing the target at both 16 and 18 will leave a sour taste in the mouth.

So will watching Niemann tear the course apart all week, even if the leader didn’t have his best day at Riviera on Saturday, but it was still enough to increase his lead heading into the final round.

The former World Amateur No.1 whipped the crowd into a frenzy with an eagle at the short par-four 10th which actually made him the first player in history to reach 21-under at Riviera, however he would eventually have to settle for a three-under 68 that had him 19-under at the close of play.

That still has him three strokes clear of rookie Young and in an excellent position to smash the 72-hole record at the Genesis Invitational, with Lanny Wadkin’s long-standing 20-under record from 1985 any round in the 60s away from being eclipsed.

“I’m having the best time of my life right now. I just try to keep it calm but I’m enjoying it a lot and I just can’t wait to have a good day tomorrow,” smiled Niemann.

“Obviously it feels different, you don’t lead tournaments too often out here, there’s too many good players. I think when it’s your week you’ve got to try to do your best and try to stay there, stay in the present and do your best.”

Behind him, 24-year-old Young also stumbled slightly, following up Friday’s incredible 62 with a tepid two-under 69 in comparison, but he will still be the nearest challenger at the top and in the final group on Sunday, lying 16-under going into the final round.

For the most part he stuck with Niemann, although he will rue a horror double-bogey at the par-three 16th as he failed to get out of the greenside bunker at the first attempt after pulling a plugged lie and then compounded it by missing his bogey putt from six-feet.

World No.4 Viktor Hovland will join them in the final group on Sunday after a six-under 65 on Saturday moved him up to 13-under and into contention, although that could have been even better, too, was it not for two late bogeys at the 14th and 15th.

Justin Thomas had an off-colour day, only able to shoot a 70 to drop to fourth at 12-under, with local favourite Collin Morikawa rounding out the top-five as a 68 moved him up to 11-under.