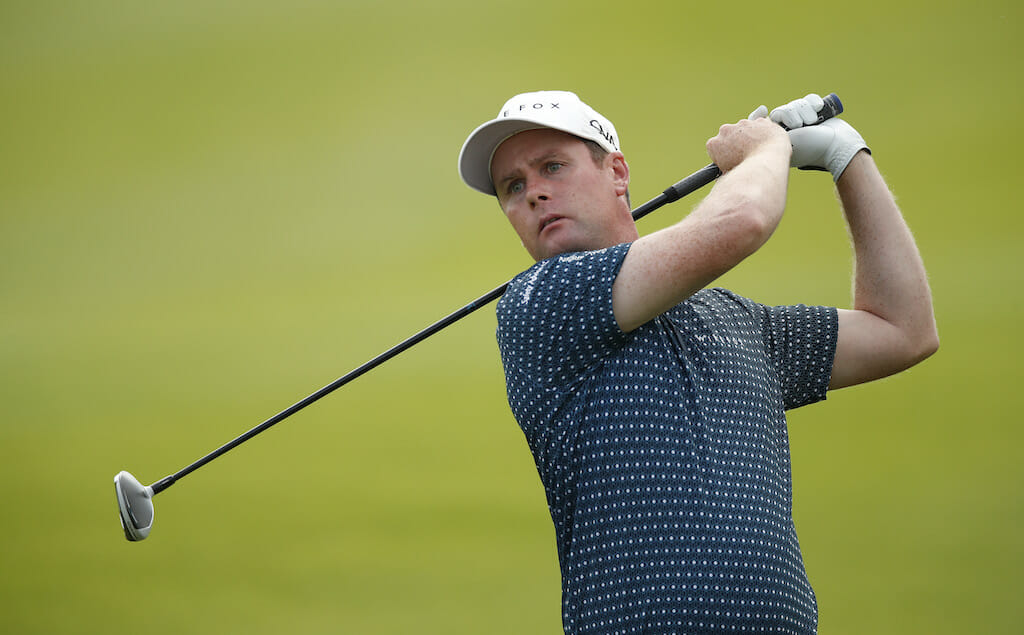 The Irish duo of Jonathan Caldwell and Cormac Sharvin have their work cut-out if they are to play all four rounds after the opening day of the Ras Al Khaimah Classic in the UAE.

Caldwell was out in the morning half of the draw teeing-off the 10th and soon fighting back from three bogeys over the opening 12 holes to birdie three of his closing five in a level par 72 in near ideal conditions on the stunning Al Hamra course located around an hour’s drive north of Dubai and in the northernmost emirate.

Sharvin also was out from the 10th tee and in the afternoon half of the $2m prize fund event though it was a horror start for the Ardglass attached pro in finding the water right at the par-4 12th hole, probably the toughest hole on the course on day one. He walked off with a crippling triple-bogey ‘7’ but to his credit, Sharvin got two shots back with birdies at the 14th and the par-3 15th when he landed his tee shot to 10-feet and holed a second straight birdie.

Sharvin made the turn at one-over but was back to three-over in doubling the opening hole or the 10th of his round in leaking his drive well right into the tree-line separating the course from the practice range in taking a double-bogey ‘6’.

He put the second mishap behind him to birdie the third, fifth and seventh holes ahead of a two-putt bogey ‘5’ at ninth his round of 73 for a share of 104th place in the second of the Al Hamra double-header.

Up front, it was again a birdie feast with big-hitting Kiwi Ryan Fox equalling the championship course record with 10 birdies in a nine-under-par 63, to match the final round score last Sunday of 63 set by China No. 1 Haotong Li in the inaugural Ral Al Khamiah Championship by Phoenix Capital.

Fox, 35, who lost a play-off at the 2018 Dubai Duty Free Irish Open to Scot Russell Knox, had been battling a back complaint last week but seemed to show no ill-effects in posting his lowest DP World Tour career round.

“I’m very happy, it was probably the only bad drive I hit all day on nine and left myself in a pretty bad place, but my bunker play was really solid all day,” said Fox.

“I took advantage of that and it was nice to see some putts go in today as well. I really enjoyed it, it’s the first time I’ve shot 63 out here on this Tour. I’ve shot some pretty low scores at home but struggled to bring that out here at times. It was nice to get in the zone, I just felt like I had control of the golf ball.

“I probably need to throw a couple of thanks out too, I struggled last week here with my back and I have my physio out here, and the Tour physio has helped me out over the weekend and I feel 100% this week which was nice.”

Portugal’s Ricardo Gouveia is in second place with a 65 while nine players share second at six-under including Scotland’s David Drysdale, who had just 27 putts in his round thanks to a slight adjustment to his Odyssey putter.

“I found I was rolling the ball well but for the first two to three feet of the strike, the ball was in the air so we bent the putter slightly to reduce the loft and that is so much better,” said Drysdale, still chasing a first Tour success.

“My putting was half average for these first three weeks, and I haven’t done anything on the greens so hopefully this could be a big turnaround in my putting.

“Six-under is a good start and I’m very happy.  It’s a good foundation and I can build on that.”