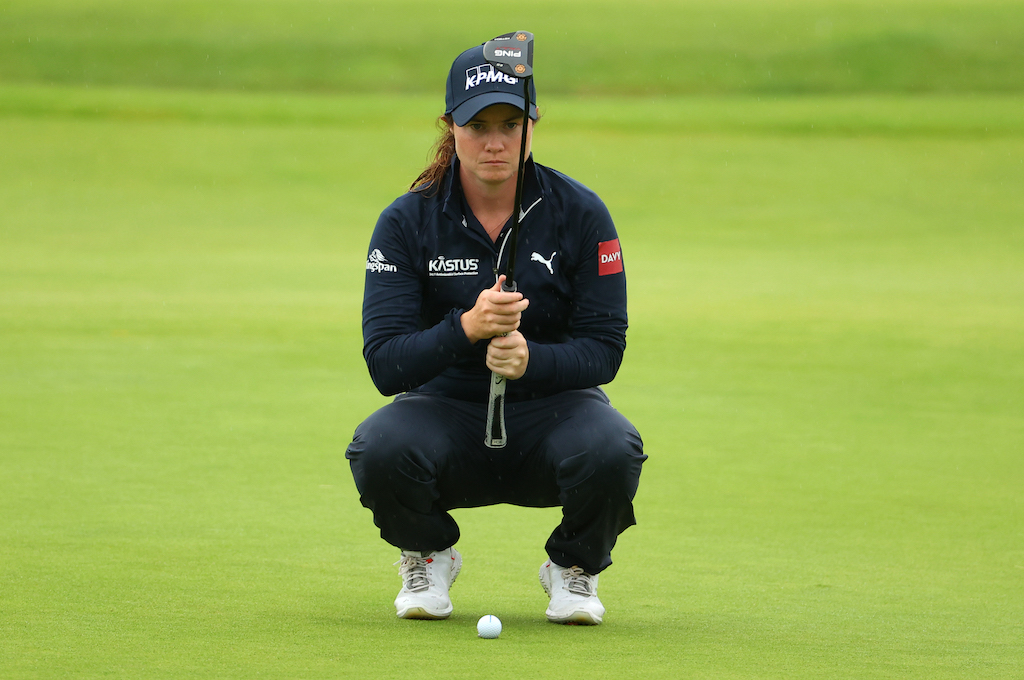 It was a media round table in January. A question posed to Leona Maguire that quoted U.S. Solheim Cup Captain Pat Hurst’s assessment that the record-breaking rookie was the one the Stars and Stripes “would have to fear for a long time”.

Maguire was asked to respond to the latest bundle of expectation landed at her door.

“People have expected things from me for the last fifteen years,” she smiled.

“There’s really nothing I can do about that. They can expect whatever they want. Ultimately it’s me putting in the time and the effort so the only one who gets to demand anything of me, is me.”

You can be sure nobody has ever expected more of Leona Maguire than Leona Maguire. You don’t spend 135 weeks sitting atop the women’s amateur rankings without setting pretty high standards for yourself after all.

Picture it. You’re perched on top of the world for two and a half years. Everyone beneath you vying to dethrone you. Working their arses off in vain as you keep them at arm’s reach. Hell, I’d imagine you’d start to feel pretty good about your golf game. Perhaps even better than that. You certainly wouldn’t need any reminders from hackballridge69 on twitter how, given such pedigree, an LPGA win was long overdue.

Winning is in Maguire’s DNA and the spotlight has never been too far behind. Whether it was ILGU girls’ tournaments, international events, intercollegiate competition with Duke University or the secondary Symetra Tour – now Epson – Maguire found success at every step along the way. The transition to the very top of the game may have lagged behind what came before it, but just two events out of her full rookie season, it’s hardly belated.

At the Drive On Championship, Maguire delivered on her own expectations, nobody else’s, and although she’s incredibly proud to represent Ireland, and delighted the Irish public can revel in her win, it was telling that she took a moment for herself in the press conference; a pat on her own back for a job well done after a lifetime of working and dreaming came to fruition with a full season yet to come.

“I suppose people have always had expectations,” Maguire repeated of this shadow that she’s embraced and ignored in equal measure to this point.

“Last year was a great season but there was no win, so it almost felt like it had an asterisk. But I knew I wasn’t far away.

“I’ve always kept my circle small, and that’s been it from day one. Mom, dad, Shane [O’Grady], Lisa, my physio, nutritionists, the staff at the Institute of Sport back home.

“Just relying on the people that I trust I think has been massive. Sticking to my guns knowing that what I was doing was working – it just needed a little bit more time.

“I’m obviously delighted for people to be able to enjoy the win, but at the same time, I’m the one hitting the shots and putting in the long hours. I’m the one that’s there at the range until dark, up first thing.

“Nobody sees that grind that goes behind it. Ultimately today I didn’t really care about the outcome. It was as long as I knew I gave it my best shot, there was ultimately nothing I could do.

“Hopefully it was this week. If not, down the line again.”

And with one LPGA win now in the bank, you can be sure there are more coming. There I go adding more expectation to a life lived with so much of it already, but as Maguire keeps proving, she doesn’t care what I think. Why would she? As Maguire says, “the only one who gets to demand anything of me, is me,” and it just so happens, Leona holds her standards much higher than most.

“I’m pretty sure I’m right where I need to be right now,” Maguire says, comfortable in her skin.

“I mean, there is always should have, would have, could have. You don’t know how things would’ve worked out. I’m glad I did what I did and it’s led to this trophy sitting here beside me.

“I’m going to stick to my guns and keep doing what I’m doing.”

And if you’re a fan of Leona Maguire, that should be music to your ears.