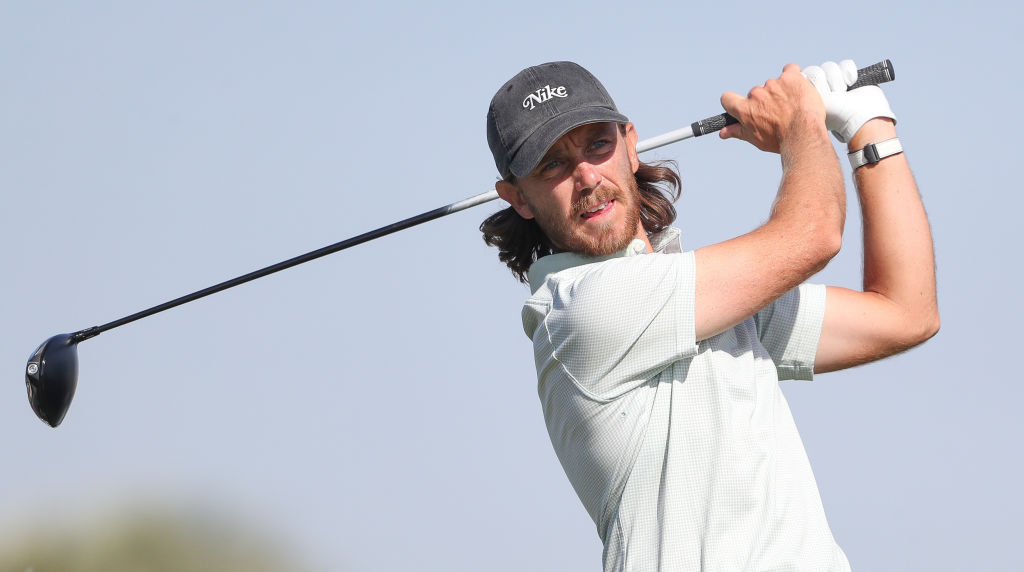 By Bernie McGuire in Saudi Arabia

It is surprising in checking that it’s been over two years since Tommy Fleetwood last toasted a victory success.

An eighth career victory was, in fact, a play-off win at the 2019 Nedbank Challenge in South Africa, after he remarkably posted three eagles on his last day at Sun City.

It was a win that lifted Fleetwood to 10th on the World Rankings but this week he arrived as No. 47 in the world.

Now, heading to the final round at the Saudi International, the 31-year-old is in contention for victory once more, on the shores of the wind-whipped Red Sea.

Fleetwood seems at home in the steady breeze after adding a three-under 67 and moving into third place at 10-under par, just two adrift of American Harold Varner III.

Sandwiched between Varner III and Fleetwood is Spaniard Adri Arnaus at 11-under.

Of course, growing up in Southport on the west coast of England, Fleetwood is accustomed to wind, and the only difference this week from back home is that he’s competing without wearing three to four layers as you would be the norm at this time of the year in the UK.

“Funny, my caddy said to me that these conditions were perfect but then I don’t mind when it is flat calm (smiling)”, he said.

“In many ways, it was like being back home as you’re always shaping the ball, and it’s that old saying that hitting a ball straight into the wind doesn’t make any distance.

“The key today was my approach play into the wind, and given there are also a lot of crosswinds, I felt like I had my irons under control and I was always pretty comfortable with the shot I was playing.

“On a day like today, it is extra important to have your iron play under control.

“The 11th hole, for example, was a nasty little hole today, and then you get to 14, 15, and the 16 along the water, and it’s tough to try and hold the greens at that part of the course. If you make pars on those three, you’re doing really well.   Then to come to the last, and being downwind, it was nice to see the eagle putt track all the way to hole and just stop short for a birdie finish.”

For Fleetwood, it is now the second week in a row he heads into the last round out in the last group having joined Rory McIlroy in the final group last week at the Slync.io Dubai Desert Classic.

However, a shock final round 75 saw the former European No. 1 tumble to an eventual share of 12th on the Emirates course.

“That’s another sign I have been playing more and more good golf, and getting my game back to where I want it to be”, he said.

“To be in the final group for two weeks running means there are a lot of positives to draw upon, and I just have to enjoy the progress I am making, and hopefully tomorrow may be my day.  It may not but I will be doing my best.

“I just feel good about how my game is improving”.