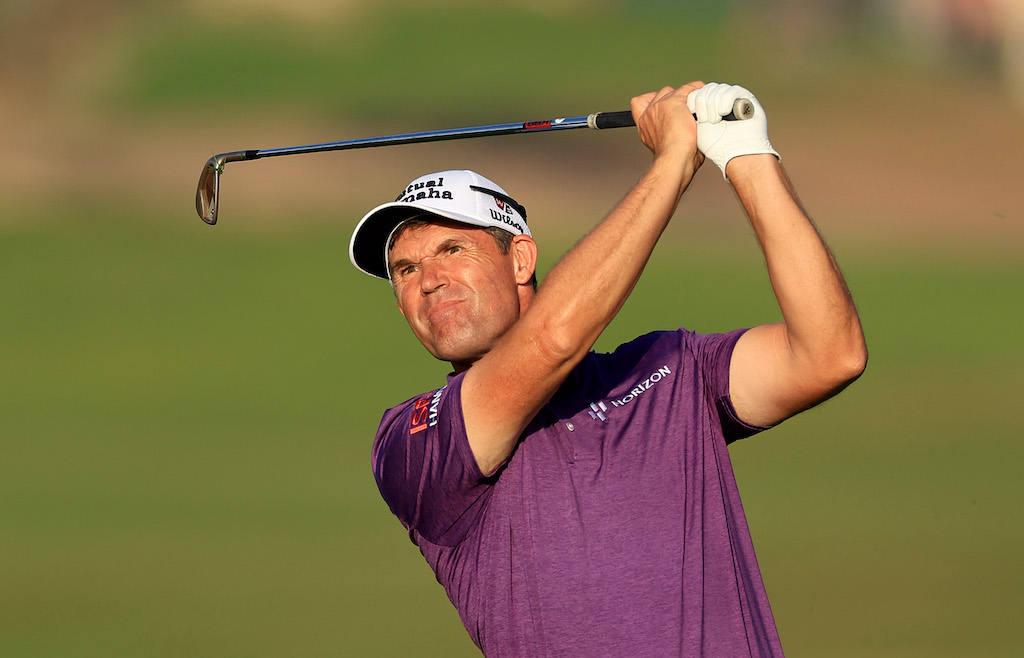 A costly bogey on the final hole of his second round left Jonathan Caldwell one shot the wrong side of the cut line at the Ras al Khaimah Championship at Al Hamra Golf Club in the United Arab Emirates as he missed out on the weekend.

The Scandinavian Mixed champion needed at least a two-under round to finish above the three-under cut line, having started the day one-under, but his dropped shot at the ninth meant he could only sign for a one-under 71 that left him at one shot too many.

Caldwell, who is still working his way back from injury, struggled on his front nine, but had actually pulled himself into a Saturday tee time with three birdies on the back nine taking him to the three-under cut line.

But needing a par to stick around for the final two days, the Clandeboye man found trouble off the tee at his final hole and, after hacking back into a fairway bunker and then firing over the back of the green to another bunker, his up-and-down for bogey wasn’t enough to keep him around for the weekend.

Meanwhile, Pádraig Harrington will be sticking around for the final two rounds in Ras al Khaimah but he is now nine shots off leader David Law after he failed to make a significant move in round two.

The former Ryder Cup captain started the day three-under, but could only manage a two-under 70 to move up to five-under which has him in a share of 33rd as he looks to continue a run that has featured two top-10 finishes since Whistling Straits.

Harrington started strongly with birdies on his opening two holes, including a 28-foot putt on the second, but the remainder of his front nine saw him scrambling for pars before a three-putt on the ninth yielded a first bogey of the day.

The 50-year-old responded well with birdies at the 12th and 14th, but another bogey arrived when he failed to get out of a greenside bunker at the first attempt on the par-five 15th and he would par his way in for a 70.

“I will just try and play every shot as well as I can,” Harrington said of his plan for the weekend. ‘You just have to play each shot as it comes. You can’t force it. Unfortunately that’s not the way it works. So you just hit each shot and try and hit the best shot you can in that moment and progress from there.

“The problem with today I needed to be three or four shots better going into the weekend in order to feel like I can have a good weekend and contend. Now I need to have a fabulous weekend to contend.”

The lead is held by Scotland’s Law, who had two chip-in eagles in his round – taking his total to three for the week already – on his way to an eight-under 64 that has him two clear of Nicolai Højgaard on 14-under at the halfway stage.

The former ISPS Handa Vic Open champion started on the 10th and picked up his first eagle on the 14th when he holed out from the rough short of the green, either side of birdies at 13 and 15 before closing out his front nine with a birdie on 18.

Law even dropped a shot at the second when he three-putted for 41-feet, but finished strongly with a second eagle on the eighth, again chipping in from the rough, which followed birdies on the third and fifth.

In fact, Law’s round could have been even better had he holed four putts within 18-feet for birdie that he missed, but he will gladly take a two-shot lead into the weekend over Højgaard, whose 65 has him at 12-under, with Spain’s Adrian Otaegui carding the best round of the day, a 63 which has him third at 10-under.

“It’s been a while since the win,” Law said. “This is my fourth season on tour. I had a chance at St Andrews last year to win and I felt very comfortable again in that position. I feel like my golf has progressed nicely in the last three years and that’s the main aim, that’s all anyone’s trying to do – to keep improving.

“I feel like I’ve done that and it’s about giving myself opportunities. It’s not about putting pressure on myself to go and win again or anything like that. If I keep knocking on the door and giving myself chances, I’ll hopefully win one of them.”

It was not to be for 19-year-old Tom McKibbin, however, as he missed the cut by four shots on his first DP World Tour start this season, a two-over 74 leaving him at one-over for the week.

Starting the day at one-under at the 10th, the Holywood teen made the turn one-under for his round with birdies at 14 and 18 accompanied by a bogey following a failed sand save on the par-three 15th, but things went awry on his back nine.

A bogey at the second was followed by a wayward shot on the third that required a drop, leading to another bogey, and his chances of recovering to make the cut were dashed when a fluffed chip from the fringe on the fifth saw him drop a third shot in four holes.

He did pick up one more birdie on the par-five eighth, but a wild ninth hole finished off his week with his fifth bogey of the day, leaving him well short of the required mark.