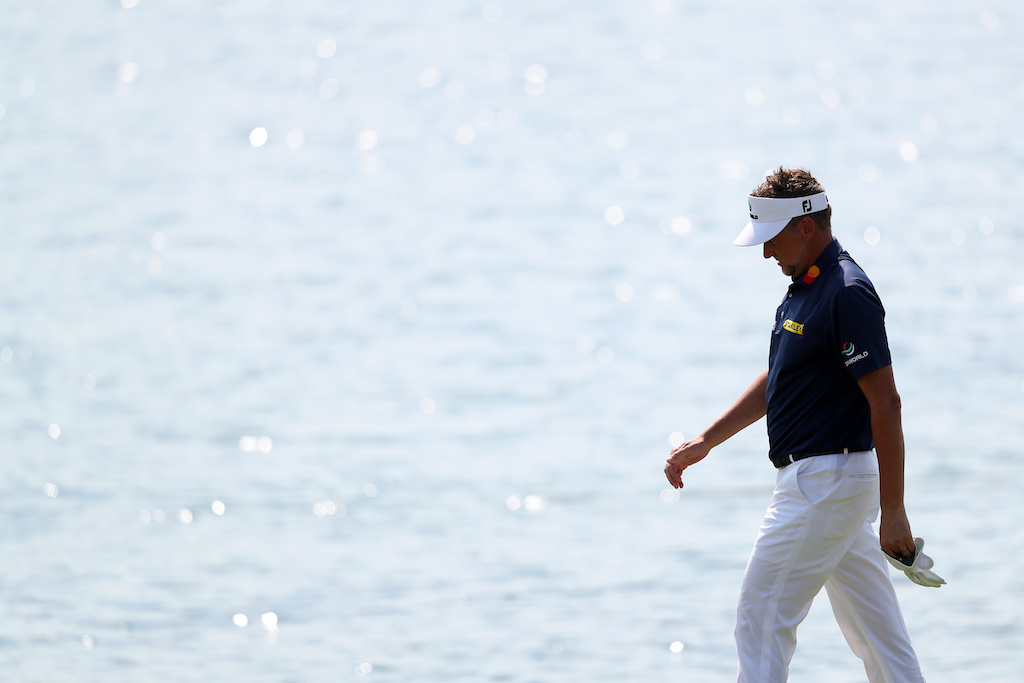 It’s been reported also the 46-year-old Poulter, in accepting the Saudi-backed cash, would ruin any chance of captaining the European Ryder Cup side.

However, when the subject was put to Poulter following a Saudi International opening round score of two-under-par 68 in very hot conditions and with annoying flies aplenty about the Royal Greens course, the following took place with the Florida-based Brit.

The player affectionately known as ‘The Postman’ acknowledged the questions put to him but did he deliver on an answer?

“Really!” said Poulter when it was mentioned to the Englishman would he speak to the article in the Telegraph. The following then ensued with the current World No. 59:

Qn: What did you make of the story?

Poulter: “I haven’t read it”

Qn: “It’s saying you have been offered £22m to join the Saudi-based Premier League.”

Poulter: “Well everything you read in the paper must be right. Right?

Qn: Well, we can’t argue that.

Poulter: “So, everything you read in the paper is right, so I don’t have to tell you anything. Okay? So, I’ve got nothing to add. I mean, if they (newspaper) have all the sources with all the correct information then I don’t need to add anything, do I?”

Qn: So, you’re not confirming or denying are you?

Poulter: “I am not having you put words in my mouth, so I am telling you that everything you read in the paper is obviously correct. So go to the source that is giving you the information, as they have got more info than I have.”

Qn: We don’t know who their source is.

Qn: Another newspaper is suggesting Bryson (DeChambeau) has been offered something like $50m to join.

Poulter: “I am here this week to play golf. I’m here to win the golf tournament and I’m not here to talk about anything else.”

Qn: Ian? We would not be doing our jobs if we didn’t ask you.

Poutler: “No, you don’t but then I guess I will read some more accurate information tomorrow.”

Qn: Well, Ian thanks as always for talking with us, and good luck tomorrow.

If Poults were not a great golfer, he would make for a great politician!