DJ looking for third Saudi triumph to climb back to No. 1 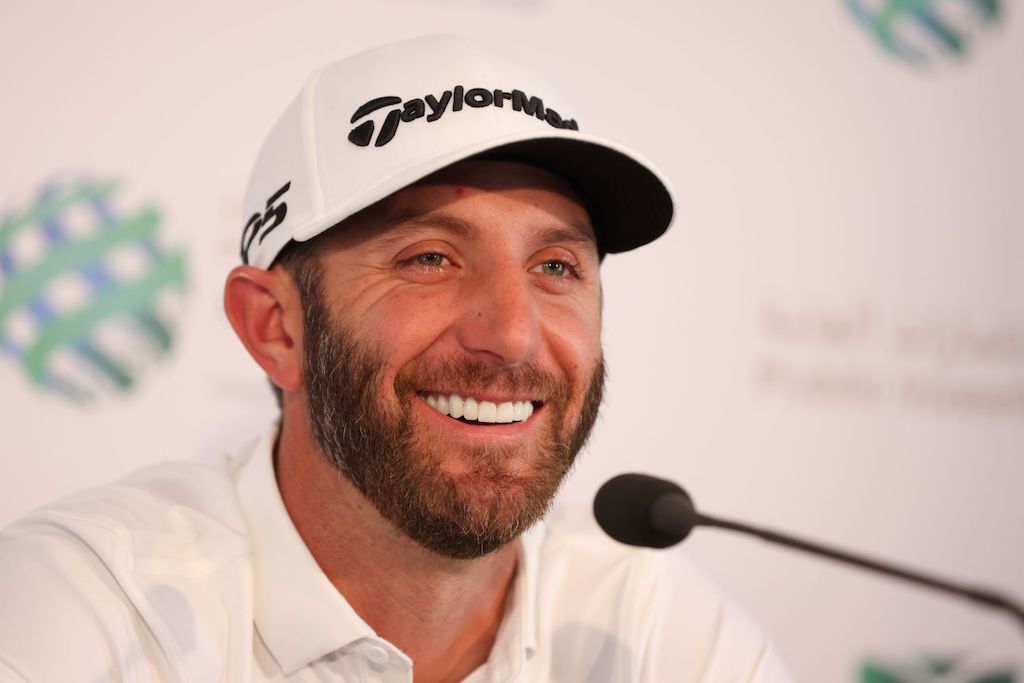 By Bernie McGuire in Saudi.

Dustin Johnson will look for a third Saudi International victory in four appearances as the springboard in returning to the top of the official World Rankings.

Johnson returns to defend his Saudi International title at the Royal Greens Golf & Country Club laid out on the Red Sea shoreline. ‘DJ’ was No. 3 in the world in capturing the inaugural 2019 Saudi International and then No. 2 in the world in finishing runner-up to Graeme McDowell in 2020 but was atop of the rankings a year ago in capturing what was his 28th and last pro career victory..

Alongside Xander Schauffele and Bryson DeChambeau, Johnson is one of three of the world’s top-10 taking part in 2022, helping to make it the strongest field in Asian Tour history. And the 37-year-old, currently fifth in the world rankings, is targeting a swift return to top spot at a course he relishes.

“Absolutely,” replied Johnson when asked if regaining world No.1 status was on his to-do list this year. “Since the first year I came, I’ve liked the golf course. I’ve obviously done pretty well here the last three years, so I look forward to coming over here. It’s a tournament I enjoy playing. It’s a golf course I enjoy to play, and it’s a place that I have a lot of good memories.

“I’m going to try to do everything I can to put myself in a position to have a chance to win come Sunday. Yeah, obviously the field keeps getting better and better every year, so it gets a little harder and harder to win the trophy.

“They’ve done a great job with this event and keep bringing a lot of world-class players in. I think this year is probably the best field they’ve had. It’s a lot of talent, a lot of really good golfers. It’s going to be a challenge.”

Marking the Saudi International’s first year since becoming part of the Asian Tour, this year’s event is a significant one for both the strength of its field and kicking off a decade-long partnership between the Asian Tour and Golf Saudi that will see the competition become the Tour’s flagship event.

Englishman Lee Westwood is one of the many stellar names teeing up this week that is delighted to see a long-term commitment being made to the Asian Tour by the Kingdom of Saudi Arabia.

Westwood said: “It’s nice to see the huge investment in the Asian Tour. I love playing in this part of the world [and] I’ve had a lot of success. The tournament seems to be growing every year. The field gets stronger. The course is certainly better this year than it has been in the past. There have been improvements made all through it.”

Debutant Cameron Smith of Australia, who is joined in the line-up by compatriot Marc Leishman who is also making his first appearance added: “The golf course is great, it’s beautiful. The 16th hole really took my breath away. I couldn’t believe the colour of the water. I’ve heard this is a beautiful place, but I wasn’t really expecting that to be honest. That was unreal.

“I’m looking forward to the week. We’ve got lots of good players here. The tournament is very well run, and I can’t wait to compete against some of the best golfers in the world.”

On his third start in the Kingdom, another legend in the field, the current US PGA Champion, Phil Mickelson commented: “I love the way golf is becoming more global and the level of play throughout the world is increasing. We’re seeing some really high-level players come from so many different parts of the world now. The character of the golf course (Royal Greens) has really has come through in the last few years as it’s matured. I think the players really enjoy playing it. It’s got a great mixture of holes that are easy birdies and holes that are really tough pars, and that allows for separation in the field and amongst the top players, and I think it’s a great golf course.”

While reflecting on the role Golf Saudi is playing in the game right now, he added: “I think as a player we’re very appreciative of the support that they have shown in supporting the LET and the LPGA as well as creating some leverage for players to have a leg to stand on and try to make the work environment better on the PGA Tour, and we’re very appreciative of everything they’ve done.”

Golfers from 32 countries will compete for the $5 million on offer at King Abdullah Economic City (KAEC) over the four-days of competition. Among them are 20 of the world’s top-50, the top-30 players from the Asian Tour’s Order of Merit last year, and local stars such as Othman Almulla, Faisal Salhab, and Saud Al Sharif.