McIlroy snatches Dubai defeat from the jaws of victory 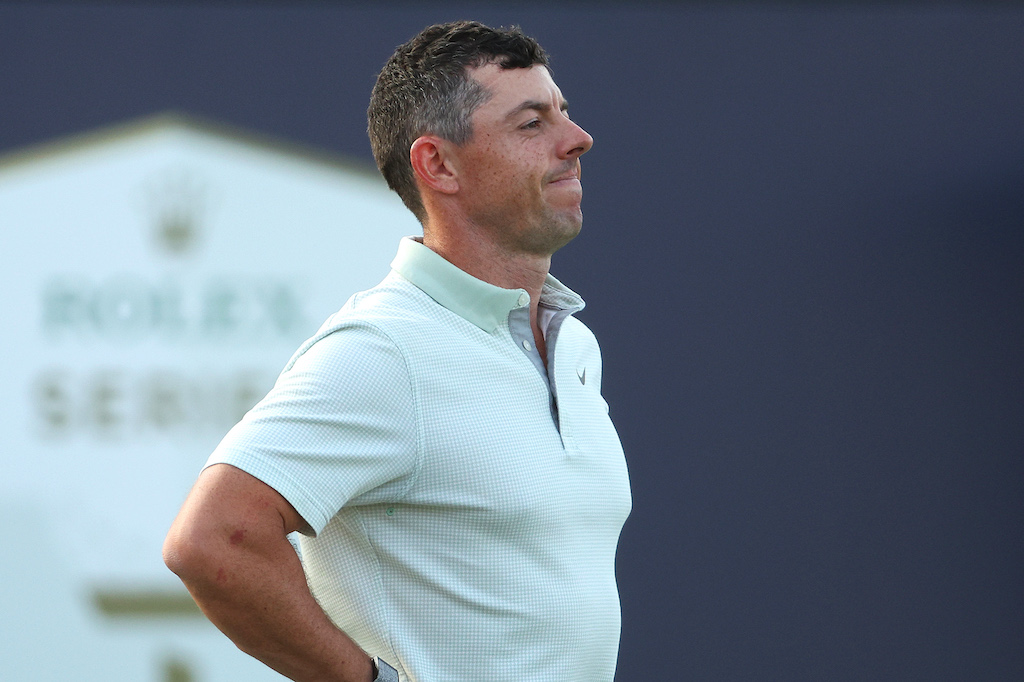 Yet again, Rory McIlroy has snatched defeat from the jaws of victory, letting slip a third Slync.io Dubai Desert Classic success with a closing hole bogey.

McIlroy elected to take 3-wood off the final tee and found the right side of the fairway, tied for the lead at 12-under par but leaving himself a massive 266-yards from the flag and looking for a fifth birdie of his round to capture a 15th DP World Tour title and what would have been the 33rd victory of his career.

The first question is why he chose a 3-wood from the tee, and a second being so far back, why not lay-up? What happened shocked all and sundry, and more so the thousands gathered around the new stunning corporate and public facilities brought to this event by a new sponsor.

McIlroy’s second shot was short in finding the water hazard guarding the green, and then in staring at a 16-foot par putt to force his way into a play-off, his putt lipped-out to the disappointment of so many. He putted out for a bogey ‘6’ and just how he had begun round four, with a score of 11-under-par.

Hovland stormed his way to a 12-under total on the back of a stunning three-hole finish – birdie, eagle, and birdie – in his score of 66. And credit to Bland, the emotional winner of last year’s BetFred British Masters, who birdied the closing two holes.

Hovland then birdied the 18th for a second time to capture his second DP World Tour win and the sixth success of his career.

But back to McIlroy. How many times McIlroy has provided such tragic theatre is hard to recall but it’s gut-wrenching whether being here or watching at home on TV to see another win slip through the fingers of the 32-year-old.

It is the second time for McIlroy in back-to-back Dubai appearances he’s led with a few holes to play and not gone on to be handed the winner’s trophy. Though on this occasion he left the Emirates course with his shirt intact.

McIlroy was not hanging about, making a bee-line for a waiting courtesy car and understandably avoiding all contact with spectators, media, and Tour officials. What next for McIlroy?

He’ll board a commercial flight home to Florida where he’ll take a two-week break and then tee-up for a first time on the PGA Tour this year at the February 24th commencing Genesis Invitational at the Riviera club in Santa Monica.