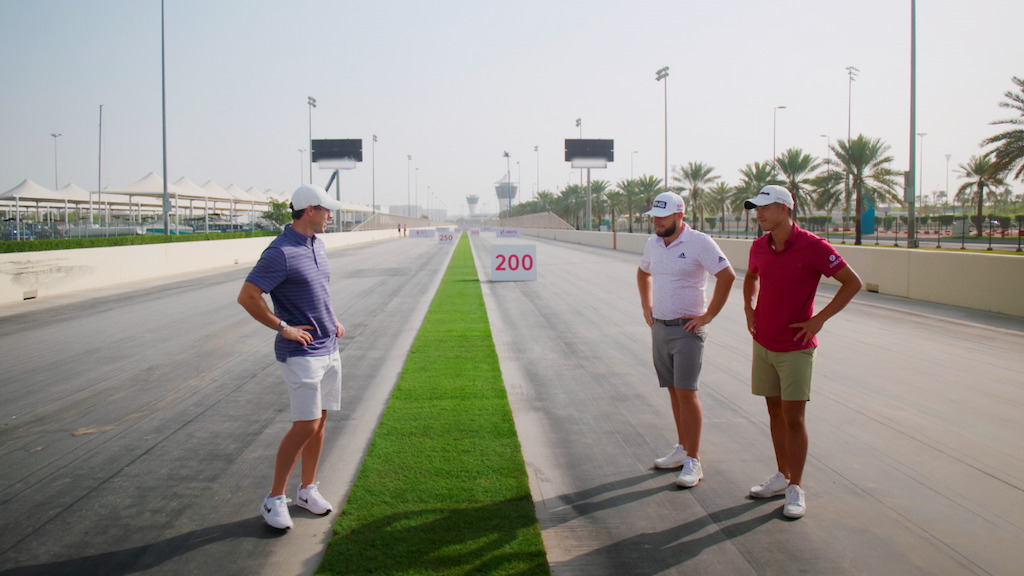 Ahead of the Abu Dhabi HSBC Championship, the first Rolex Series event of 2022 DP World Tour season, we tasked Rory McIlroy, Collin Morikawa and Tyrrell Hatton with a near-impossible task – to hit a one-yard wide fairway.

What followed was an enthralling physical and psychological battle, as all three battled themselves, the elements, and the slimmest of targets.

Following on from the success of the live shows between 2016 and 2020, last year saw a new era begin with three different style Hero Challenges from three locations across the schedule.

Ian Poulter and Hatton were challenged to make a hole-in-one with just 50 balls each in Scotland, the Guinness World Records title for ‘Fastest hole of golf by a team of four’ was broken at Valderrama, before the year closed out with a live showpiece at TopGolf Dubai.

As in 2021, each Hero Challenge will feature some of the best and brightest players in the world in a short-form social and digital video output, which will be supplemented by a more in-depth ‘behind-the-scenes’ broadcast show from each event.