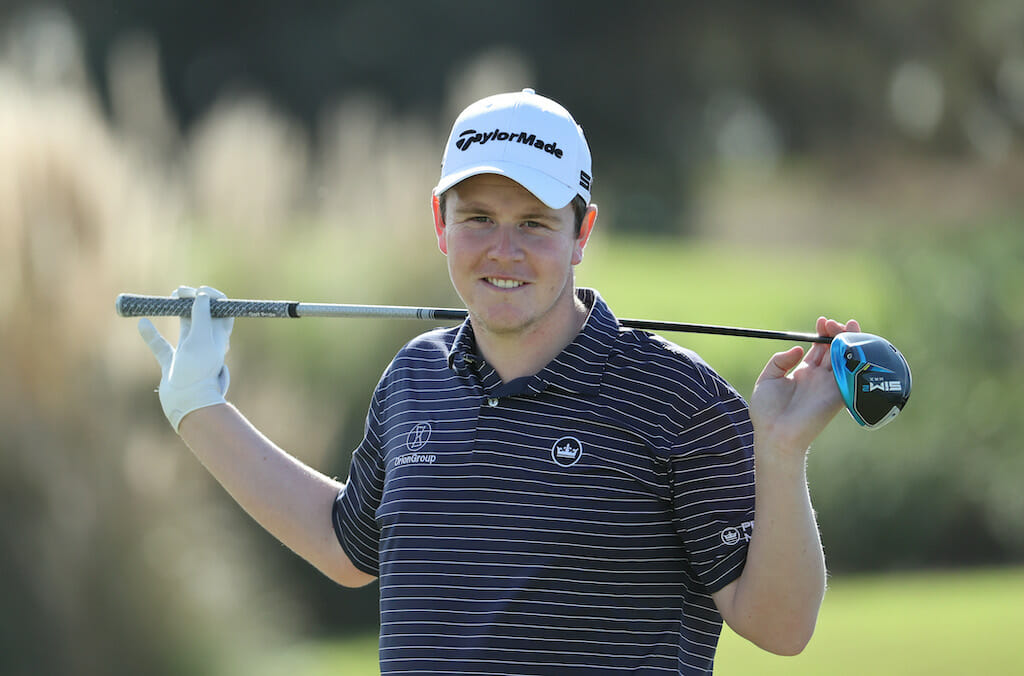 By Bernie McGuire in Abu Dhabi.

Padraig Harrington delivered Robert MacIntyre a blunt assessment as to why the super Scot failed to qualify or be picked for last September’s European Ryder Cup ranks.

MacIntyre fell agonisingly shy of qualifying automatically and in the end European captain Harrington went for the major winning experience of Shane Lowry and the Ryder Cup veteran pair of Sergio Garcia and Ian Poulter.

Harrington singled out MacIntyre’s decision chasing not only his PGA Tour card but entering the secondary KornFerry Tour finals in the hope of securing his main PGA Tour card, and in only his second year on the main European Tour failing to qualify automatically for his Whistling Straits team.

Harrington said: “He (MacIntyre) got his schedule wrong. He knows that. He was chasing his KornFerry Tour card and his PGA Tour card.  He could have played his way into the team.

“I told him he wanted his cake and to eat it, as well. He thought by playing in the States, and if he played well, he would make the team and also get his card but he ended up not making the team because of it.

“It’s not that you are not a good enough player already but when you go to the States, it’s different people, different vibes and you can get lost very quickly, and unless you are very, very strong you just don’t fit in.

“That’s not being disrespectful to the player and it’s just that you are being asked to play in a different league. I don’t mean standard-wise, even though the competition in the States is very high standard.

“It just means you are out of your comfort zone and if you are not ready for that, I keep saying to the young guys that they want to have won 10-times in Europe before thinking of going to the States, and have consistency

“Nothing beats being a big fish in a small pond is definitely the best way to bring confidence to your game.”

Harrington was a guest commentator on SKY Sports and speaking after holing a 25-foot par putt on his final hole in a round of 71 on a brutal, windswept and cold Yas Links course on the second day at the Abu Dhabi HSBC Championship. He followed up with a superb four-under 68 in round three to move inside the top-20.

MacIntyre was on screen at the time at the start of a horrid run, and in the first event as a Nike ambassador, with the Oban lefty sandwiching a seventh hole eagle ‘3’ in between three bogeys and two double-bogeys between the fourth and ninth holes at Yas Links.

The Scot fought back from being six-over after nine holes but then doubled the last in a shock round of 80 to miss the cut at six-over-par.

He said: “When I went to the States, I was a big star and was into the big draws. I was a big player and didn’t feel like I was needing to re-learn.

“I just didn’t feel like I had to build up my run up the ladder, as I was already at the top whereas these young guys when they get a chance to go across and get their Tour cards, it’s like they have to relearn where they fit among their peers.

“You’re not just playing among the majority of best players but you’re playing against them when they are playing their best, so you want to be right there, as well.”