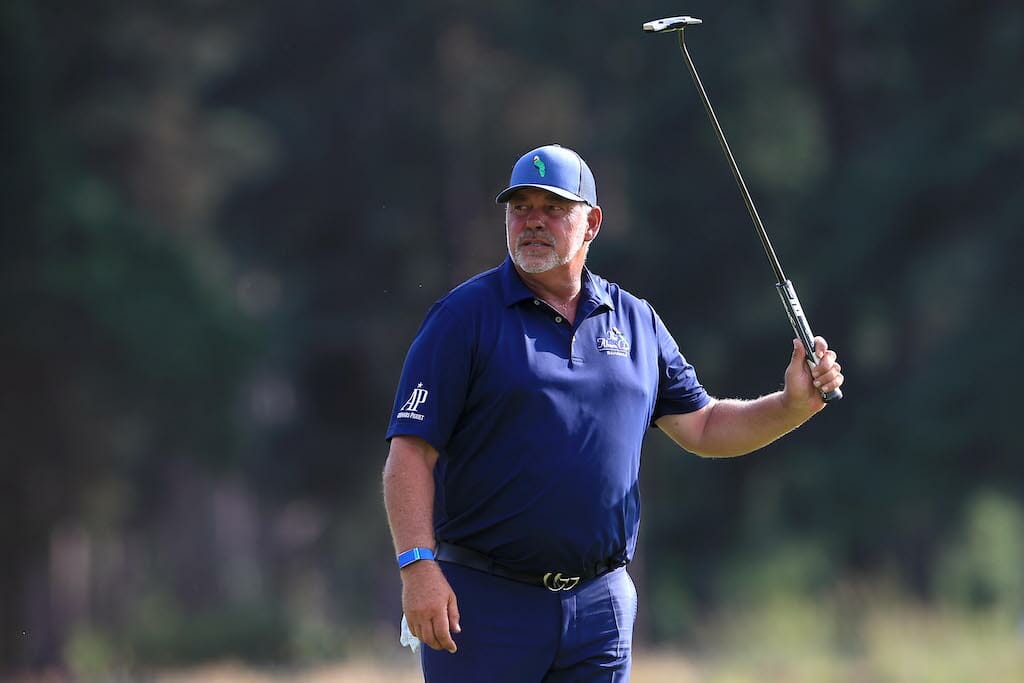 Defending Champion Darren Clarke has it all to do if he’s to retain his title after a frustrating even par 72 left him trailing a half dozen shots behind the lead ahead of the final round of the Mitsubishi Electric Championship at Hualalai.

The Dungannon man posted three birdies and an eagle but a few too many mistakes with five bogeys in-all leaving the 53-year old three-time Tour winner in a tie for 18th at six-under.

The 2011 Open Champion finds himself staring up at a star-studded leaderboard with World Golf Hall of Famers Ernie Els, Vijay Singh out in front at 12-under par alongside Stephen Ames.

South African Els looked set to open up a big lead after reeling off three early birdies on the spin until a double bogey slowed his momentum on Friday.

Els signed for a four-under 68 with Singh going one better with a 67 and Ames going one better still with a 66 – all three players tied atop the board at 12-under with Retief Goosen, Miguel Angel Jimenez and Jim Furyk part of the group just a shot further back.

“I had an excellent start, I was 3 under,” Els said. Then I made a really bad error in judgment on the par 3. I hit it in the water, made double bogey. That really set me back because I was really in a great rhythm. Then it was kind of a battle, but I hit some really good shots, I just couldn’t get the putts in the hole.

“It was just one of those kind of days, but I lost a lot of momentum with that tee shot on the fifth, but I thought I hung in well.”