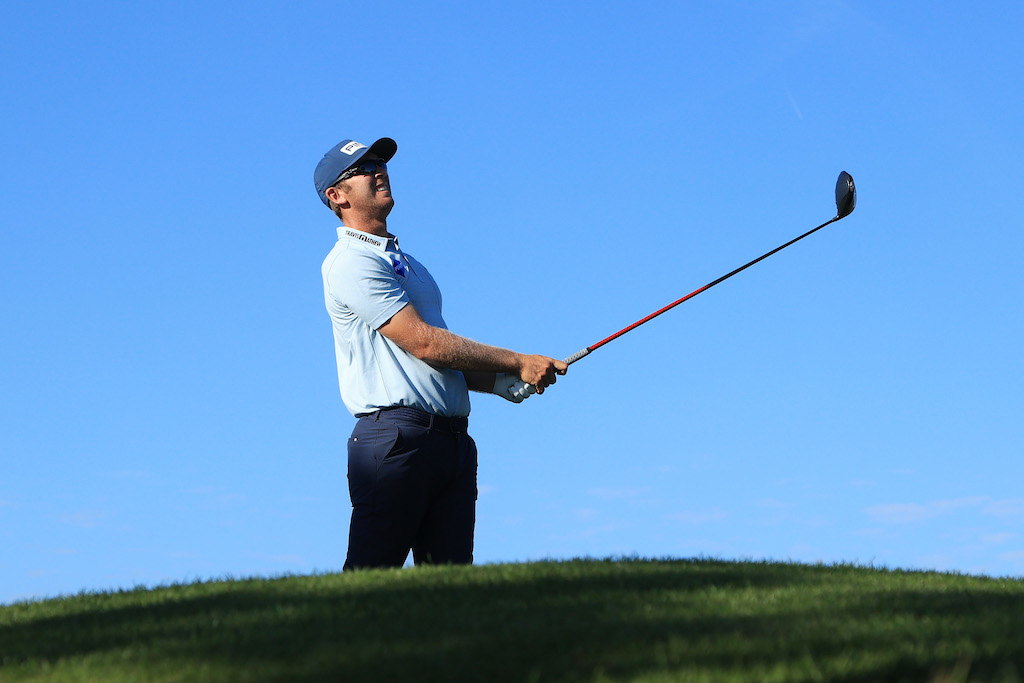 Seamus Power continues to impress, muscling his way to a share of fifth with a seven-under-par 65 on the opening day of the American Express at Palm Springs in California.

Power didn’t drop a shot in competing on the Nicklaus course, one of three venues playing host to the $7.6m event that for so many years was known as the Bob Hope Desert Classic.

The new World No. 49 will head to the Pete Dye Stadium course for his second round just three shots adrift of the leading American duo of Patrick Cantlay and Lee Hodges who signed for 10-under-par 62s on the La Quinta course

Power arrived on the US mainland buoyed by his third-place finish at the Sony Open in Hawaii, a result that saw the 34-year-old move into the world’s top-50 for the first time in his career.

And with all talk of Power hopefully working his way into a maiden Masters, his opening round efforts at the American Express could again see the unassuming Irishman pick up a second Tour success

Power’s first-round included birdies at the second, fourth, and seventh holes, and then heading to the back nine he grabbed further birdies at 10, 11, 14, and the 17th.

“I mean overall very pleased and any time you’re bogey-free it’s always going to be a very positive thing,” he said.

“I played very, very nicely, especially on the front, and gave myself plenty of chances. I had a couple that burned the edge but overall felt very much in control, so very pleased.”

Power singled out the ‘shot of his round’ as his 3-wood into the par-5 fourth hole where he had a 25-footer for an eagle ‘3’.

“The fourth hole is a small green and to hit it actually on the surface was, I was very happy with that one,” he said.

“I’ve always liked it here. I like the greens, I seem to read them pretty well, that’s such a big thing and I feel comfortable doing that.

“And it’s just, I mean, this time of year in Palm Springs it’s so pretty here, I mean it’s perfect conditions and you just kind of feel like you’re going to make some good swings and hopefully I can kind of keep it up over the weekend.”

Just a shot back of Power is Graeme McDowell who bounced back from missing the cut by a shot last week in Hawaii to post a six-under-par 66 on the La Quinta course.

McDowell’s only hiccup was a last hole bogey after earlier in his round managing to birdie three of his opening four holes while ‘G Mac’ then grabbed a birdie hat-trick from his 13th hole.

“I think my caddy (Ken Comboy) and I are both looking at each other wondering why it’s taken us so long to get here,” said McDowell.

“Obviously the weather is perfect and these golf courses are so well presented and it’s the place to play early in the season because you feel like you get the conditions to go out there and make some birdies and see exactly where your game is.

“So, it was nice to obviously make a few putts today and kind of post a number and get myself off to a good start this week.”

“It’s definitely last six months been a lot of sort of soul searching if you like, and I think I’ve become a bit more settled physically about kind of what I’m trying to do with the golf ball and it’s really just been trying to get the head kind of screwed on the right way this season,” he said.

“I feel like I’ve kind of got things where I want it, trying to take a very nice consistent approach to the season, try and do the right things as much as I possibly can, not too much pressure being put on myself on a day-to-day basis and that’s really how I’m trying to go about this season.

“I played quite well in Hawaii last week, disappointed to miss by one in the end, and came in here feeling like I know what I’m doing with the golf ball. So, it was the first time seeing La Quinta, I was pretty happy with that effort and back at it tomorrow.”

McDowell heads to the Nicklaus course for his second day’s play.