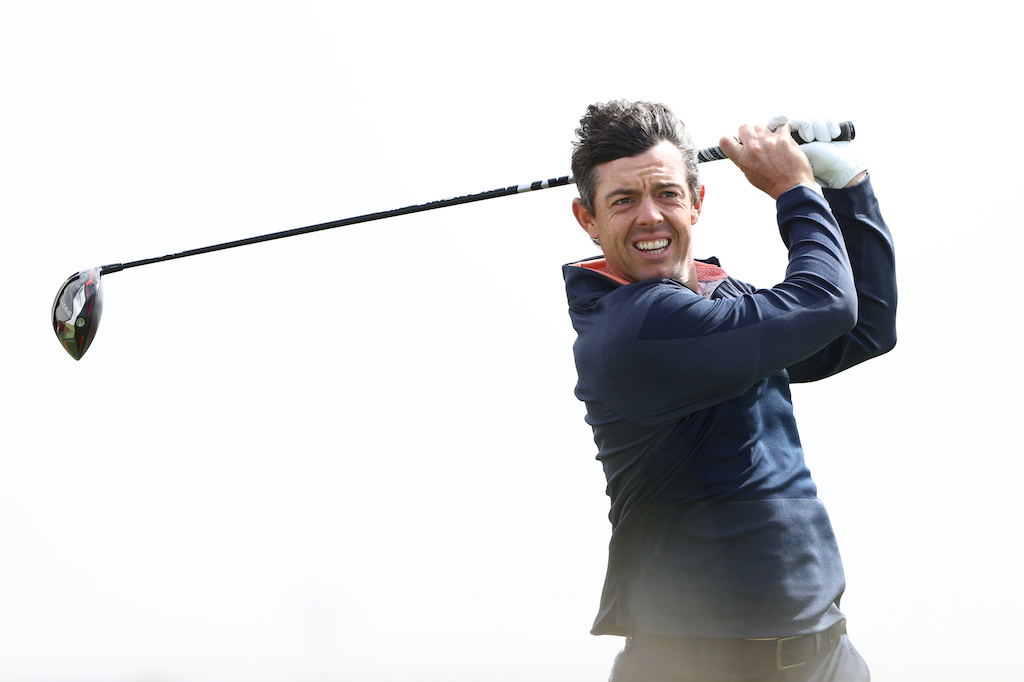 Rory McIlroy looked so cold it was as though he was competing in Scotland in October rather than what should be the New Year heat in the UAE capital.

McIlroy was not alone in battling the strong off-shore winds and late afternoon chill on one of the toughest weather-related days in the 17-year history of the Abu Dhabi HSBC Championship.

The World No. 8 had shown a little New Year rust in posting a Thursday starting score of a level par 72 but nothing prepared all those in the field for what they faced on day two in the $8m Rolex Series event.

It was much the case that par was your friend on the exposed Kyle Phillips designed course with wind averaging close to 30mph, and coming in off the Arabian Sea, buffeting the course and turning the waterway running alongside the course into an ideal sail-boarding venue

McIlroy stuck with the ‘par is a great score’ script posting five outward pars before a first dropped shot at the sixth but brilliantly moved to one-under with an eagle ‘3’ at the next, the par-5 seventh.

He then bogeyed the ninth for a second day running but four bogeys in five holes from the 14th were starting to sound the missed cut bell for McIlroy before coming to the last, the ‘moved forward’ par-5 18th where he produced a great drive and then a 3-wood second shot that came up short but with the four-time major winner superbly chipping to around four feet and holing the birdie putt.

His three-over-par tally has McIlroy just inside the projected cut-off mark but that could all change as the slowness of the day sees 39-players in the now 131-player field yet to complete their second rounds.

“I knew I needed to birdie the last to make the cut and nice to do that,” he said.

“It was tough out there and I’ll go to the Middle East, and it’s perfect but today was different. I can’t remember when it’s been like this here. I played in a couple of sandstorms in Dubai and a couple of mornings it’s been cold in Abu Dhabi, but nothing like this.

“The course is obviously generous off the tee with some big greens but it’s the lag putting and leaving yourself a lot of six-footers for par, and also having to play either double the break or one hole, wind affects it and next hole, it doesn’t.

“You can have a putt that can charge by a cup a few feet or more.

“I feel like I’m hitting it well. Hit it well on the range this morning. It’s all in there. But hopefully, I get to play the weekend and we’ll have a couple of calm days. I’d just like another two competitive days of play and see where I’m at.”

Scot Scott Jamieson continued to lead the way but let slip a four-shot lead early in his round to end the day with a 74 to be now back leading by a shot at seven-under.

Viktor Hovland (72) and Ian Poulter (74) are also in the clubhouse tied in second place on six-under-par with Shane Lowry the best of the four Irish signing for a 72 to be presently sharing fifth place on five-under.

Padraig Harrington was clearly delighted to hole a 20-footer putt for par on 18 in posting a 71 to be tied 30th at level par with McIlroy currently tied in 60th place.

And Jonathan Caldwell disappointingly sits out the weekend with scores of 77 and 78.