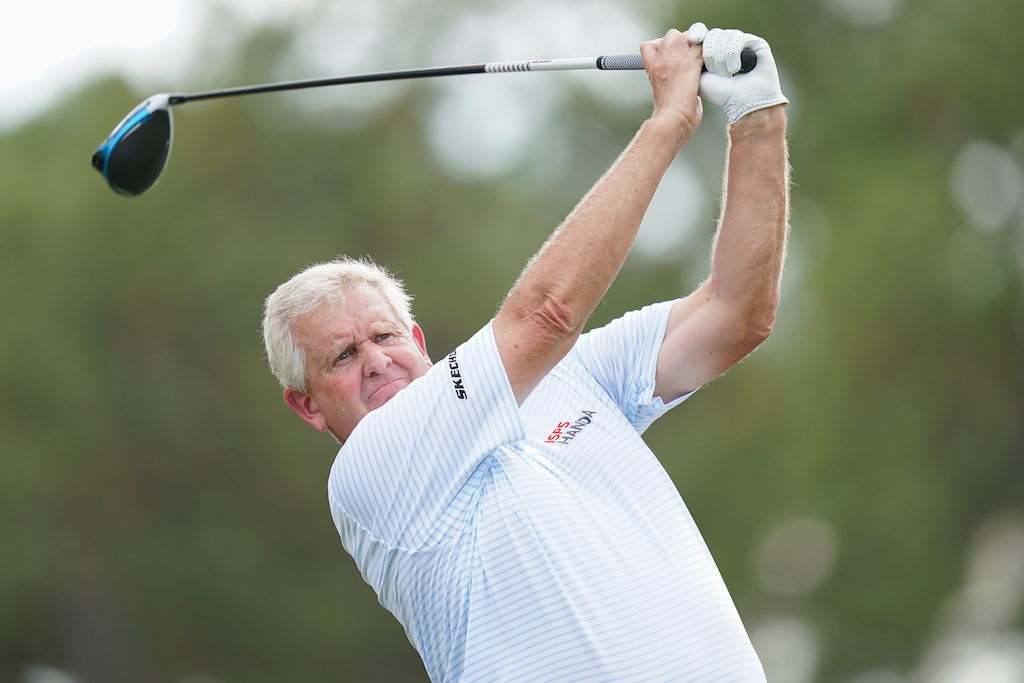 Colin Montgomerie will be competing on the DP World Tour for the first time in three years when he tees up in next week’s Abu Dhabi HSBC Championship.

Monty, 58, has not competed on the ‘regular’ tour since missing the cut in the 2019 Dubai Desert Classic. It’s also been eight years since the champion Scot last competed in the UAE capital and joins fellow European Ryder Cup captains Padraig Harrington and Thomas Bjorn in the $8m Rolex Series event.

Seven major winners will also tee-up including reigning Open Champion and European No. 1 Collin Morikawa and past Masters winner, Adam Scott and competing in the Middle East for the first time in a decade.

Also in the Abu Dhabi field, and competing on the Yas Links course, virtually over the road from the F1 circuit, are 10 other Scots.

Monty’s appearance will be his 629th DP World Tour event having won 31 times, including back-to-back Irish Open wins, since his Tour debut in Leeds in 1986. The Scot also was crowned European No. 1 on eight occasions and amassing £20.4m in prizemoney

Since turning 50, Monty’s won 13 times on both the Champions Tour and the Legends Tour, including three senior majors – something that eluded him in his ‘regular’ tour career.

But at age 53 Monty seems to be feeling the winter chill as evidenced by a recent tweet that featured an indoor chipping area at his beloved Wisley Club, with a portable Dyson heater between two buckets of balls and his strategically positioned golf bag.

He said: “It might be cold, -1, but that doesn’t stop improvement. Brilliant Dyson heater (not an ad! @The_Wisley”

Reigning Scottish Open champ, Min Woo Lee will also be in the Abu Dhabi field with the 23-year-old ending last year at World No. 49 and earning a maiden Masters invitation. The young Aussie was back home in Perth, Western Australia when the envelope postmarked Augusta, GA arrived in the post.

Lee tweeted: “From watching at 3am on the couch.  And now playing in the most prestigious tournament in the world.  All I can say is wow! A dream come true …. I’ll see you soon @TheMasters.”

A Masters tee-time ensures the Renaissance winning hero is into all four majors of 2022.