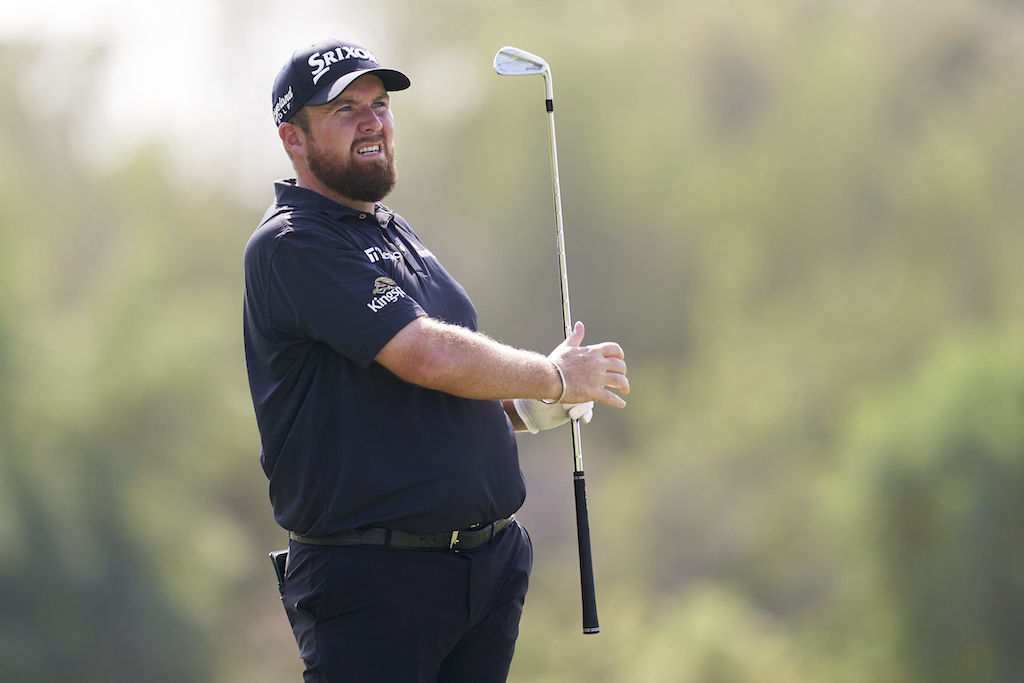 It is still some 20 months away but Shane Lowry is already in gladiatorial mode revealing he’s strongly focused on being on the Rome team to hopefully win back the Ryder Cup.

After spending the Christmas festive season lovingly trying to ‘confuse’ his oldest daughter, Iris over Santa, Lowry gets back into the deep-end of competition for the first time in 2022 at next week’s Abu Dhabi HSBC Championship.

Lowry won the Abu Dhabi event three years ago, a victory that led to a double-tournament winning season in capturing the 148th Open Championship.

The current World No. 45 has not won since storming to his six-shot success at Royal Portrush, and while qualifying for the 2023 European Ryder Cup team is a long way from being on the radar, it is on Lowry’s New Year wish list.

“Every Christmas I sit down with my team and we talk about what I want to achieve and trying to hit some goals,” he said.

“I think for me a good long-term goal for me every two years is the Ryder Cup, and I think it kind of focuses me in the weeks that I’m not going great, kind of gives me a bit of extra motivation just to keep going and keep digging it out and grinding it out.

“It hurt last year the beating we got over at Whistling Straits. We were just beaten by a better side on the week, and they played the better golf. It was disappointing, but it was also an amazing experience, and it was something that I look back on with very fond memories.

“Yeah, there’s no doubt that I want to be a part of the team to go to Rome in a year and a half’s time or 20 months’ time and take that Ryder Cup, and that’s for me — I don’t know about other players, I can only speak for myself, but for me, that’s my main focus over the next few years.

“I do believe that if that happens, I’ll have done some good things along the way and I’ll have won tournaments. It all kind of takes care of itself.”

Lowry and his family, now including two young daughters, returned to the States following Christmas in Ireland though hardly have the suitcases been opened with the Clara golfer gearing up for his first event some 12,500kms away.

And as Lowry heads to the UAE capital, he will look to draw on the events of three years ago when he led from start to finish to lift the unique falcon trophy.

“When you win early in the season, obviously it takes a lot of pressure off, I think. It did for me anyway,” he said.  “For me when I won in Abu Dhabi I hadn’t won in a couple of years, so that just took the pressure off, and I felt like I just kind of free-wheeled it for the rest of the season and go play my golf. I went on and had a good year after that.

“Every time I go and tee it up in the Middle East, it’s after a good long break and I don’t really know how it’s going to go because you’ve practiced and you’ve prepared, but you kind of — you’re still not really — you’re just not really sure about how it’s going to go, so you kind of go in with an open mind and just go out and try and play as best golf you can. In 2019 I won in Abu Dhabi and it gave me a great kind of kick start to that season.

“The last two seasons I’ve missed the cut in Abu Dhabi with obviously not the best start to the season. So, it does give you a great stepping-stone if you can knock off one of those first few events at least, whether it be Abu Dhabi, Dubai, or Saudi, any of us that wins there will give us a big confidence builder coming across to kind of start your season over here.

“I’ve set a few goals out. I’m looking forward to the next year or two. I think hopefully I’m coming into a decent part of my career where I feel like I can make some hay and win some tournaments.”

As for Santa Claus? Well, Lowry revealed in 2020 he dressed up as Santa Claus but not this year, as he explained.

“It was a very special Christmas this year because it was like Iris’s first year with Santa Claus really — she’s four now and she really understood it this year,” he said smiling.