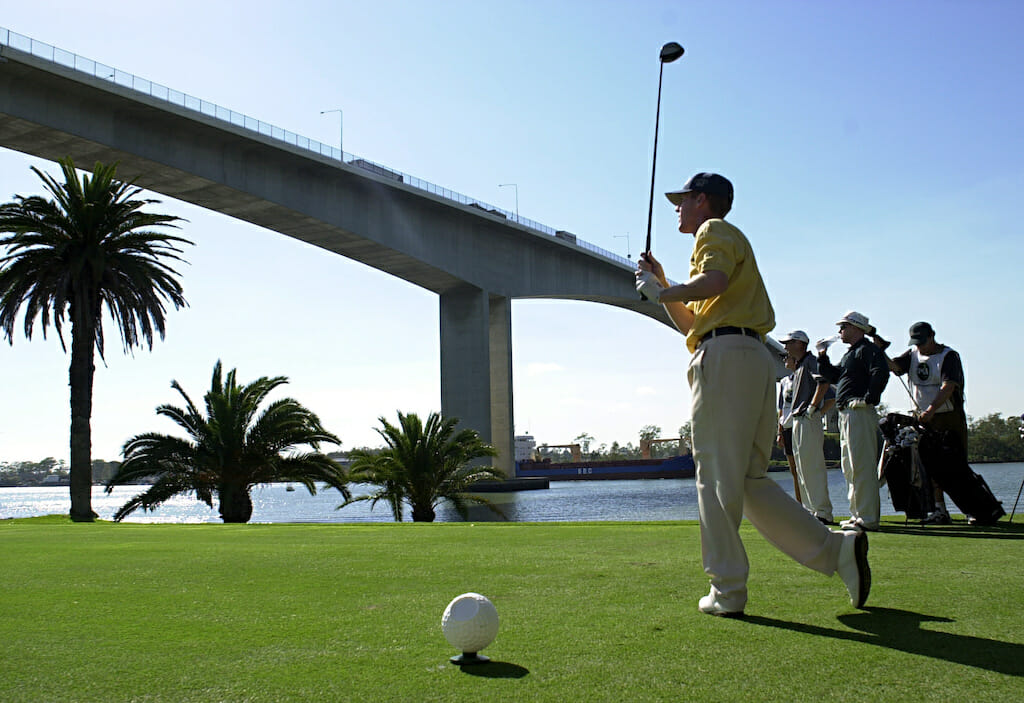 The DP World Tour and ISPS Handa PGA Tour of Australasia (PGATA) have announced an extension of their Strategic Alliance through until 2026 and to announce that the Fortinet Australian PGA Championship will be returning to Brisbane’s Royal Queensland Golf Club as part of the DP World Tour in late 2022.

The existing strategic partnership, announced in 2017, has provided a range of benefits for PGATA Members including important pathways to global golf tours. PGATA members will benefit from this extension through additional opportunities that strengthen current pathways such as two additional tour cards and a range of other additional exemptions on the DP World Tour. This agreement also reaffirms a joint commitment to the continued growth of the ISPS Handa PGA Tour of Australasia as will be seen through an increase in prize money for a range of tournaments.

The announcement was made on the eve of this week’s Fortinet Australian PGA Championship in Brisbane, an event which will also be played later in 2022 when it will be co-sanctioned by the PGATA and the DP World Tour, having last featured on the DP World Tour’s schedule at the start of the 2020 season due to the global pandemic. It will be part of the DP World Tour’s 2023 schedule with an increased prize fund of AUD$2million – up from AUD$1million for this week’s event – underlining the event’s position as Australasia’s richest golf tournament and providing playing opportunities for both memberships.

Today’s expansion of the partnership between the DP World Tour and the PGATA reflects Australasia as a key part of global golf’s ecosystem. As a region that accounts for less than 0.4% of the world’s population, it has produced an amazing array of talented golfers, including 19 Men’s Major winners, three World Number Ones and more than 250 wins on the DP World Tour and PGA TOUR.

The DP World Tour has played 42 events in Australasia since its inaugural visit in 1996.

The PGA TOUR, the DP World Tour’s Strategic Alliance partner and long-time friend of the PGATA, also fully supports this renewed strategic partnership and the positive benefits it will bring to global golf.

Keith Pelley, Chief Executive of the European Tour group, said: “Our Tour has a strong historical association with Australasia, and I’m delighted this extension to our Strategic Alliance with the ISPS Handa PGA Tour of Australasia will build upon that heritage.

“Alongside our partnerships with the PGA TOUR and the Sunshine Tour, this new agreement will continue to strengthen the ISPS Handa PGA Tour of Australasia and the region’s place in global golf’s ecosystem, providing clearly defined routes for players from Australasia to compete on the biggest stage as well as playing opportunities for DP World Tour members.”

Rodger Davis, Chairman of the PGA of Australia, said: “This partnership is a great acknowledgement of the contribution that our members have made to the overall growth of global golf.

“We are delighted to continue our association with the DP World Tour and provide greater opportunities for our players.  Australasia has produced exceptional golfers over a long-sustained period of time and we are delighted to play our part in continuing this legacy on global tours through the development of players from our region.”

Gavin Kirkman, CEO of the PGA of Australia, said: “We are excited to extend our relationship with the DP World Tour and provide a range of great benefits and opportunities for our members and fans.

“Australasian players currently hold over 110 tour cards outside of our region and play an important role in the continued success of global golf tours. This partnership ensures these all-important development opportunities for players on the ISPS Handa PGA Tour of Australasia and means that Australasian golf fans can continue to support and cheer their homegrown players on the world stage.”

PGA TOUR Commissioner Jay Monahan said: “The PGA of Australia has been a great partner of the PGA TOUR and has been instrumental in the success of the three playings of the Presidents Cup in Australia to date. We look forward to actively working to further cultivate and promote professional golf with this partnership going forward.”

The DP World Tour will recommence its 2022 season later this month with back-to-back Rolex Series events, the Abu Dhabi HSBC Championship at Yas Links, Abu Dhabi from January 20-23 and the Slync.io Dubai Desert Classic at Emirates Golf Club from January 27-30.