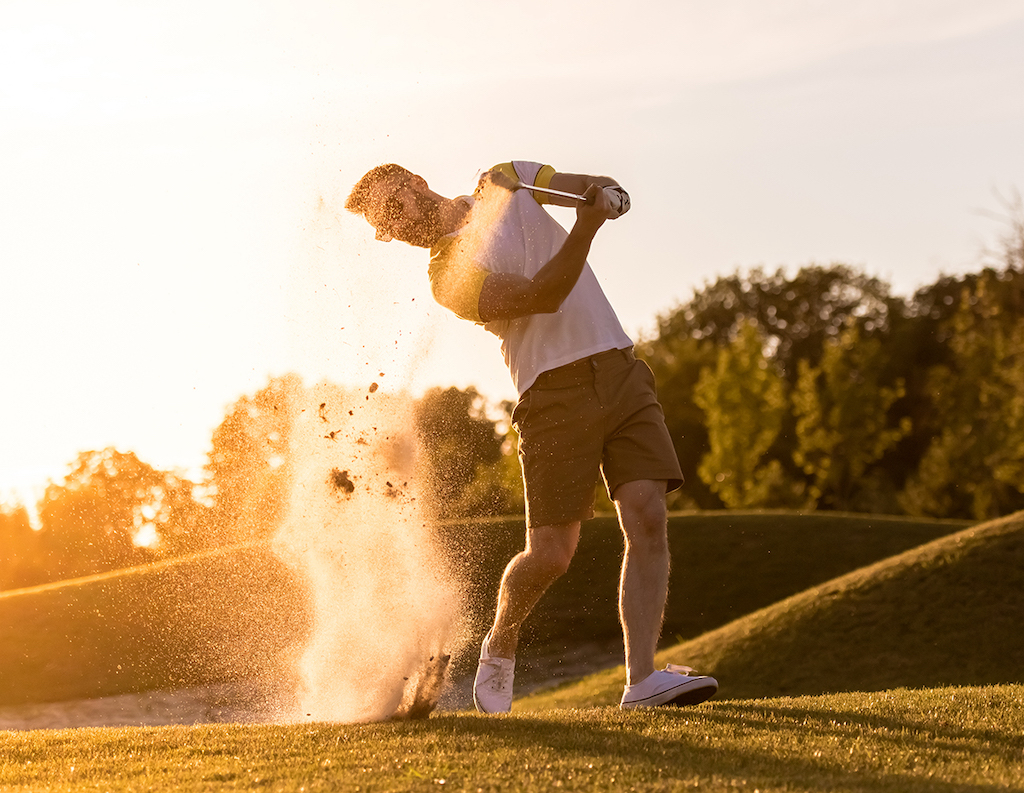 How did 2021 turn out for you and your golf? Was it a good season or did it look eerily similar to many previous years? Some highs and lows but essentially your game remaining in much the same place you started at the beginning of the previous year?

For many of us who play the game, we tend to keep repeating the same old patterns and habits whilst our scores and performances remain stubbornly similar.

I want to throw a challenge at you as we start this series of articles by asking you a simple question – Could it be POSSIBLE for you to have a great golfing year in 2022? Is it possible?

That is the challenge.

In 1953, New Zealander Edmund Hillary became the first man to be confirmed as having reached the summit of Mount Everest along with the Nepalese Sherpa, Tenzing Norgay. The two men forever claimed their place in the annals of history that day. Time magazine later named Hillary as one of the 100 most influential people of the 20th century.

Can you begin to imagine what it must have felt like at the end of that incredibly arduous and dangerous journey as the two men literally looked down on the world from its highest summit? The sense of exhilaration must have been total. I believe when Edmund Hillary was asked why he climbed Everest, he simply said, ‘Because it’s there!’

What clearly drove Edmund Hillary to these incredible feats was the challenge. For him the challenge was climbing mountains.

Now I am not saying that we all need to have a challenge as daunting as climbing Everest, but we can all take something from this intrepid explorer in understanding the power of setting and rising to a challenge. When we set a challenge, we become mobile. We take action, we make things happen, we perhaps engage others with us in the challenge but above all, we come alive to a challenge.
Yet for me, at this time of year it is really important to set our own challenges.

The key is to set a challenge that fires up your imagination, is personal to you and above all, makes you take action. The start of a new season is the obvious time to act.

Of course, if the challenge is a golfing one then you may get fired up by the obvious one of getting your handicap down, lowering your scores or getting your tour card but if you are clever, you can set some interesting self-challenges that will probably help other goals fall into place as a consequence. I know of one player who set himself the challenge of reacting better to golf’s inevitable poor shots. With a history of ‘eruptions’ on the golf course, this was always going to be tough but at the beginning of the year, the deal was for every ‘head off’ on the golf course, he had to donate £10 to a named charity. After a few weeks of emptying his metaphorical wallet the penny began to drop. To his credit he hung in there and by the middle of the season his ‘eruptions’ had almost disappeared. The nice by-product of this challenge was some lower scores and an increased ability to get the ball around the course playing less than his best as he changed his habitual behaviour.

I know of some other players who set ‘The Links’ challenge, to go and play as many links courses as possible in the year. Again, doing this may not automatically bring your handicap down but I have always felt that playing lots of different courses, especially tougher courses than your home club is a great way to improve. Not least you get to sample the greatest of all golfing pleasures for me which is a summer’s day on a quality links course. In Ireland, you have so many wonderful options for this challenge.

As we get older, we tend to avoid challenges and just keep repeating our old patterns and habits. A new challenge can help us to literally rewire our brain as we question our own status quo, feel the discomfort of the unfamiliar whilst at the same time establishing some new patterns and habits.

It can be of great benefit to engage a ‘challenge buddy’. Get someone else involved, both of you set your own individual challenges and then be accountable to each other. By involving someone else and creating accountability, you greatly increase the likelihood of maintaining your challenge. The challenge may be a grand one and that is fine, or it can be something relatively small and simple, but the key is to actually set yourself a personal challenge and then have some fun going after it. You may not end up climbing Everest, but you will be glad you set out on the journey.