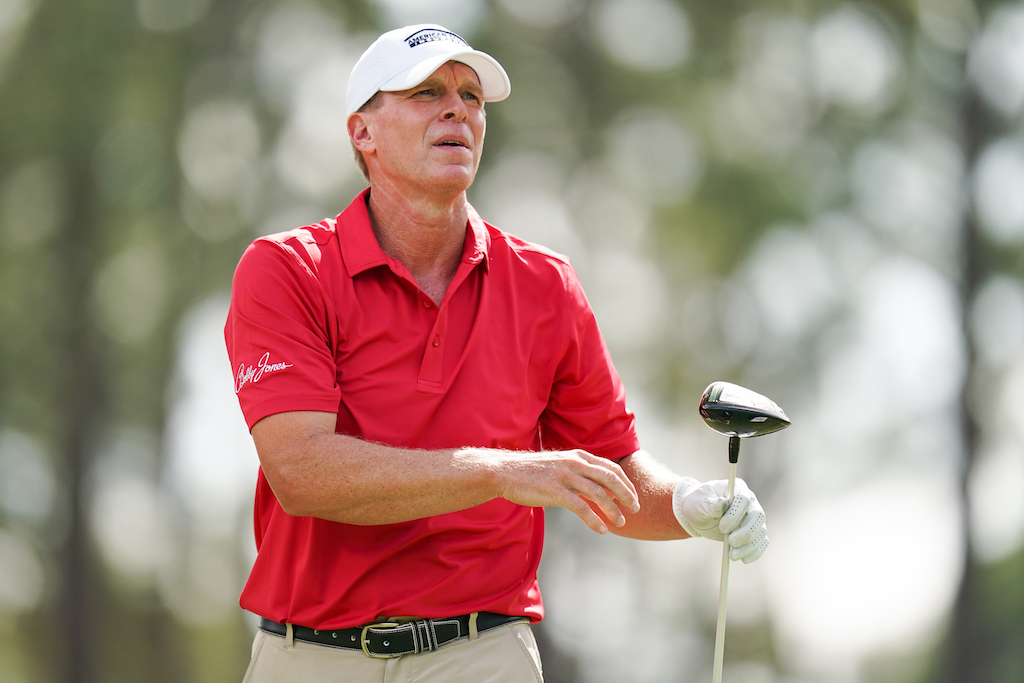 Steve Stricker’s dream of leading the USA to victory last September turned into a bit of a nightmare with news the Wisconsin winning captain has only just been released from a lengthy stay in hospital and could still be side-lined from competition for a further six months.

Stricker, who turns 55 later next month, will continue to be side-lined for another six months after declaring ‘the s*** hit the fan’ in dealing with serious health issues.

The father of two indicated he developed a sore throat and heavy cough about a month following America’s demolition of the Europeans along the shores of Lake Michigan.

Stricker said he took antibiotics that seemed to ease his discomfort but then there was a complete turnaround in his conditions leading to Wisconsin’s favourite golfing son struggling so much he found himself hospitalised for a fortnight,

“I came home from hunting one night and I was like, ‘I don’t feel good. My side hurts. I just don’t feel right,’” he said.

“That night I had the sweats and all of a sudden, my temperature was 103. I went back to my primary and got amoxicillin, a heavier antibiotic. And I think I had a reaction to that. My throat started to close up, my lips got puffy, my glands got puffy, my tongue got puffy. It was like an allergic reaction. I was still having these 103-degree temps.

“So, I went into the hospital about two weeks before Thanksgiving (November 25th) and they kept me there and that’s when the s— hit the fan.

“My liver numbers started getting worse. My white blood cell count was jacked up really high. I was fighting something, but they couldn’t find out what it was. My liver was going downhill. I got jaundice. I was yellow and peeing out Pepsi-coloured pee.”

Stricker was cleared of Covid-19, and it seemed his heart was the issue and subsequently undergoing numerous tests but all the time with the 12-times PGA Tour winner losing weight.

“I’m still on no active and I’m still dealing with inflammation around the heart,” he said.

“That part is getting better, though, all the time. They took an MRI right before Christmas and it was still there, this inflammation, but it’s going down. I’ll have another MRI on the 20th (of January). If it’s gone, then I can start to do things.

“I’m down 25 pounds. I’m freshman-in-high school weight. I lost all my muscles. I look like an 85-year-old man, dude. My skin is hanging.”

And while Stricker has not entirely given-up golf, he’s been informed it could be six months before he returns to the Champions Tour.

“I’ve been hitting some chip shots, but the cardiologist said it could be six months before I’m back competing,” he said.