The PGL – They’ve not gone away, you know 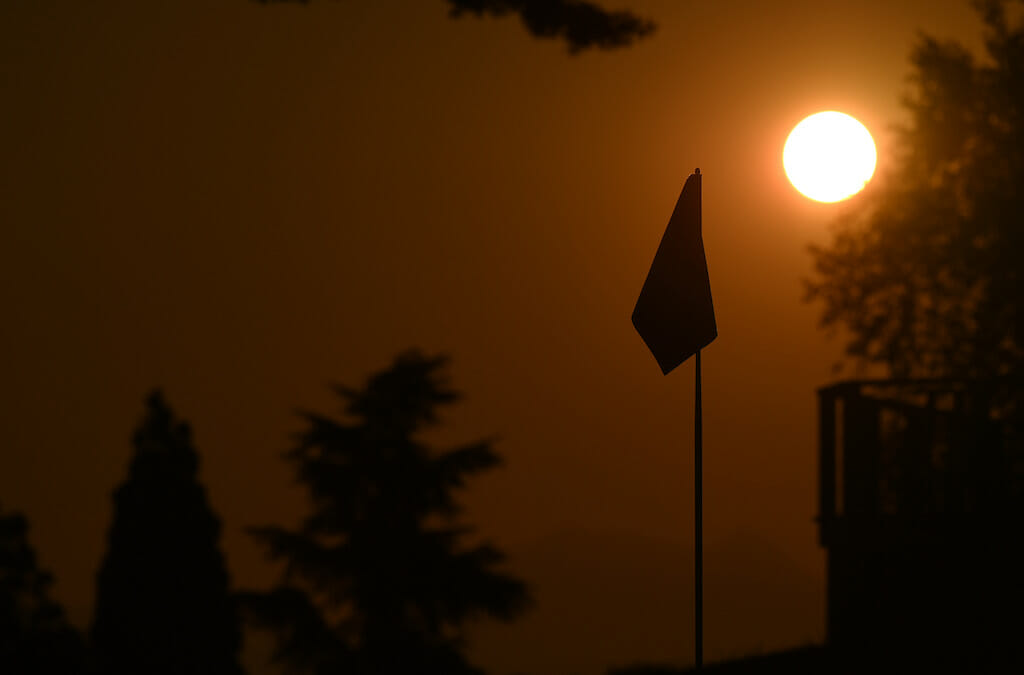 Speaking at a Republican rally at Belfast City Hall in 1995, Gerry Adams, concerned that the British government were strangling the peace process, was advised to “bring back the IRA” by a solitary voice from the crowd. The comical nature of the delivery brought chuckles from the gallery, but as the laughter subsided, the Sinn Fein leader suppressed his own smile and turned his gaze in the direction of the shout and responded with the now immortal line “they haven’t gone away, you know”.

This is not going to be a political article – at least not in the Irish sense – so it matters little whether you consider the IRA to be freedom-fighters, battling a just and noble cause, or vicious terrorists intent on the destruction and devastation of the very communities they claim to serve, but in the established views held by those in governance, it was clearly the latter.

When it comes to professional golf, the PGA Tour are very much the establishment. A conservative party who’ve enjoyed a significant majority in the seat of government for generations. They’ve been successful, but often success breeds complacency and there is no doubt that the Tour have taken a “why change a winning formula” approach in recent years.

Then along came the Premier Golf League (PGL) to throw a cat among the pigeons. To the PGA Tour, these were like Goths and Vandals encroaching upon the Roman Empire. They were, in effect, terrorists, intent on the destruction and devastation of the Tour itself.

When the PGL first came to public light pre-pandemic, the revolution seemed to be over as quickly as it began. Of course the likes of Phil Mickelson were interested – a man whose financial morals are so cloudy that the FBI have had him in their crosshairs – but the source of the funding was problematic for some, particularly in the wake of the Jamal Khashoggi murder at the Saudi Consulate in Istanbul.

Somewhat ironically, it was a Northern Irishman who did most to quash the rising, effectively pledging his allegiance to the PGA Tour. As one of the game’s most outspoken, respected and influential stars, many writers – myself included – declared the PGL as good as dead. This was Vinegar Hill and, as Seamus Heaney may have put it, the hillside was blushed in the PGL’s broken wave.

But every now and then there were whispers. Insiders suggested that it was merely a setback, that in the background, the PGL’s venture continued to gather pace and that the Saudi investment – problematic for the media if no one else – was no longer a hurdle to clear; they’d been replaced by a more ethical sugar daddy.

They hadn’t gone away.

Recently, Andy Gardiner, the public face and apparent driving force of the PGL, sat down with the American podcast NoLayingUp to promote the enterprise and lay waste to false rumour and belief that the Saudi-backed LIV Golf Investments (LGI) with Greg Norman at the helm and the PGL were one and the same thing. For the record, they are entirely separate ventures even if they may have started out under a common umbrella.

For the record once more, I believe that professional golf at the top-level needs to be shaken up. That there are 48 PGA Tour-sanctioned events annually, yet only a handful where all the top talent is present, is criminal and that these elite players all earn more off the course than they do on it is maybe worse. I have a myriad of other gripes which, in the interest environmental conservation, I’ll ignore for now, but suffice to say I’m an advocate for change.

I’m just not quite sure that the PGL is the answer though.

For starters, Gardiner spoke of a desire to work alongside the PGA Tour – to partner up, if you will – and that both organisations would benefit from the arrangement. Quite how the PGA Tour would benefit from having 48 of its biggest names competing in an event opposite the PGA Tour’s own tournament for 18 weeks of the year is a mystery to me, so Gardiner’s comments must be viewed through a lens of falsity or naivety, and neither are a favourable look.

Jay Monahan, PGA Tour commissioner, has apparently ignored all attempts at communication from the PGL, further proof that the Tour view them as a subversive organisation and adhering to the strict US government policy – as Hollywood has taught us – of never negotiating with terrorists.

One of the big “selling points” of the PGL is the team angle, which is comparable to Formula One’s constructors’ category, and again, I’m very sceptical of the lure here. Yes, the Ryder Cup is widely considered the greatest event in golf, but there are many unique aspects that make it so. I’m talking historical, ideological, imperial and geographical factors, and these can’t just be replicated ad nauseam. Not being a motorsport fan, I’ve never been particularly invested in a Formula One team. I’m a fan of Red Bull the drink, but only when I’m driving a long distance or want something to offset the taste of a double-vodka. I couldn’t care less about the fortunes of the Red Bull racing team and it’d be the same for golf.

We’ll have Team Cazoo, Team Chase Morgan, Team Rolex, Team Sony, etc, and unless you’re on the board of directors or are a sizeable shareholder in one of these companies, you’ll not really care either.

But scepticism aside, that doesn’t mean that I don’t think the PGL can work. As a televised golf fan, I feel that the product I am presented with on television week in and week out is terrible. I want to be able to watch specific players and specific holes at specific times, and I don’t want to be bludgeoned by advertisements every five minutes. And I’m willing to pay for that privilege, as are countless others, I’m sure. I also don’t want commentators who are basically corporate ventriloquists who spout company rhetoric non-stop and referees whose sole purpose appears to be finding ways to rule in a player’s favour and telling us that Patrick Reed is a perfect gentleman.

In short, as an adult, I’d appreciate being treated like one.

The PGL may not be the answer to all these issues, but a vote for them is a vote for change. And I’m in no doubt that change is needed.

They’ve not gone away you know. For that I’m thankful.