Kitt & Hill have work to do at Patriot All-America 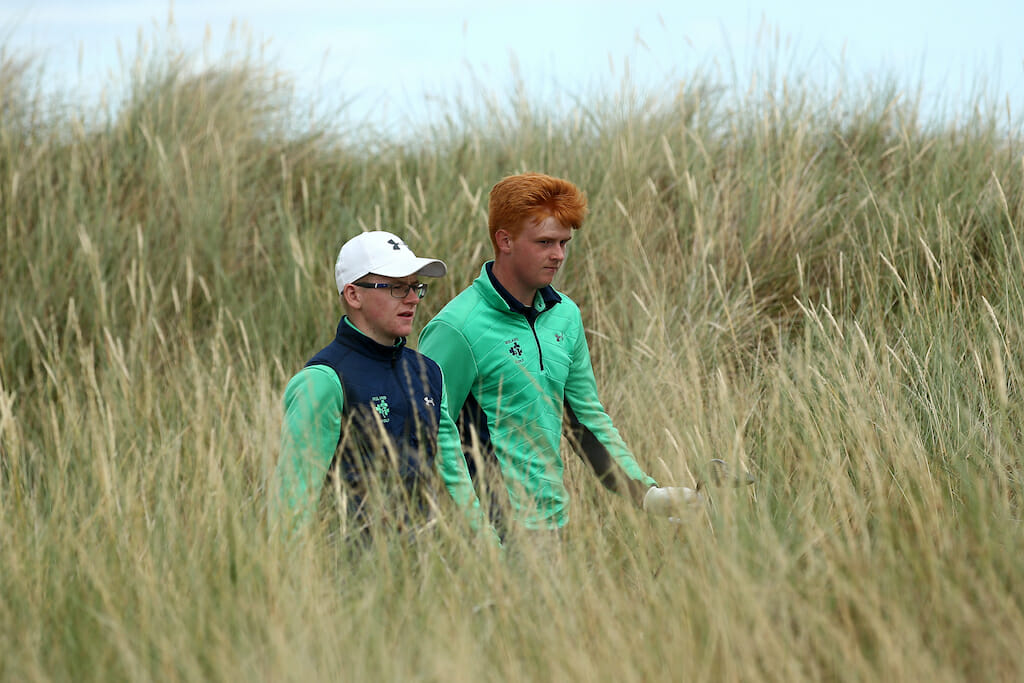 The Maynooth University duo of David Kitt and Allan Hill have their work cut out after struggling out of the blocks on day one of the Patriot All-America being held on the Gold Course at the Wigwam Resort just outside Phoenix.

Athenry swinger Kitt, who was an individual winner at the R&A Student Series stop at Fairmont St. Andrews in September, outscored his collegiate teammate by a stroke with a three-over 73. Kitt traded two birdies with five bogeys to be sharing 62nd spot overnight, one ahead of fellow Athenry man Hill.

Hill carded three birdies but also two bogeys, a double and a triple in his four-over 74. He finds himself in a share of 70th in the 85-man field.

Chase Sienkiewicz, a junior at the University of Arizona, is the man to catch after racing out of the traps with a seven-under 63 to lead by one from a four-way tie for second that includes reigning US Amateur champion James Piot.

“Everything was going well – I really just hit driver really well today,” said Sienkiewicz. “If you make putts out here, then you can go low. And with my ability to hit long off the tee I had a lot of wedges in, and with those wedges I played really well with them and had a lot of opportunities.”

As for Piot, who began birdie-eagle-birdie, he’ll pose an obvious danger to a would-be winner over the next two days.

“To start off birdie-eagle-birdie is something special and having that momentum starter, I kept it going all day and held on,” said Piot, a fifth-year Michigan student. “It was just piecing it together with solid ball striking.”

32 players managed to break par on The Wigwam’s Gold Course.