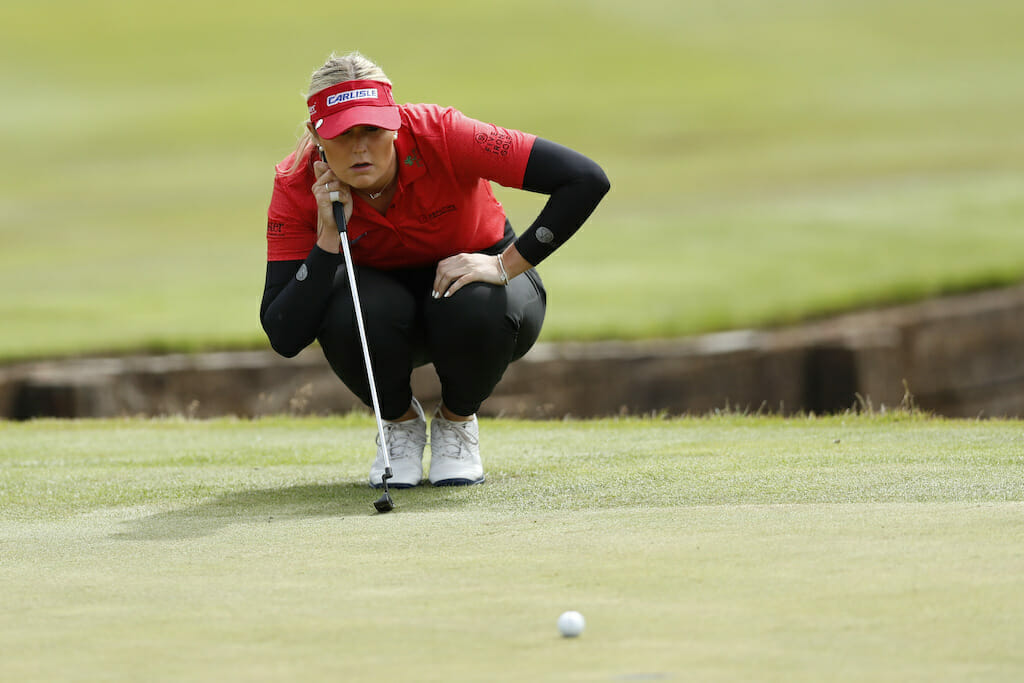 LA Manga is the venue for this week’s First Stage of Ladies European Tour Q-School and Olivia Mehaffey will be hoping to keep her hopes of possessing full playing rights for next year alive when she tees it up in Spain over the next four days.

The Co Down woman missed out on a spot on the LPGA Tour through Q-School earlier this year after missing the cut at the Second Stage in October but will hope she can secure full playing rights for her first full year as a professional at the second attempt.

The 24-year-old only turned pro earlier this year after a stellar amateur career, which included being one of the standouts on a star-studded Arizona State team where she was named an All-American four times, competed at the Augusta National Women’s Amateur twice and won the 2019 Pac-12 Championship.

Mehaffey’s first year as a professional saw her pick up a top-20 finish on home soil at the ISPS HANDA World Invitational at Galgorm and Massereene, while she also made a couple of spot starts on the LPGA Tour throughout the season, including getting through a Monday qualifier for the Cognizant Founders Cup.

However, after breezing through the First Stage of LPGA Q-School, she found the going much trickier in the Second Stage and came up short in her bid to go straight onto the main circuit for 2022, instead settling for limited status on the Symetra Tour as a result of her finish.

Now the Tandragee woman takes on the 72-hole LET qualifier looking to be one of the top-90 who will reach next week’s Final Stage, which will also be held at La Manga and played over five rounds instead of four, with the top-20 at the end of that week earning category 11 membership of the LET.

With the best will in the world, Spain is not where Mehaffey hoped she would be this week as she would have liked to already have her playing status wrapped up on the LPGA Tour by now. But it is still a week she is going to embrace fully after the death of her father Philip.

It was Philip who got her into golf and was her biggest supporter throughout her career, but he sadly passed last Friday after a battle with cancer, meaning this week will take on a much deeper significance for Mehaffey than it perhaps would have normally.

Speaking to the Irish Independent earlier this week, former Irish national coach David Kearney, who is now part of Mehaffey’s management team Sigmoid Sports, said: “Philip said to the doctors and nurses with typical humour just last week that they were to ‘make sure that girl goes to Spain’.”

Mehaffey gets her opening round under way at 9:30 Irish time on the South Course at La Manga and will then revert to the North on Friday for her second round.

Playing Q-School the other way round is Clandeboye’s Victoria Craig, who tees off at 9:10 on the North Course in her first round and then heads to the South on Friday.

Former West of Ireland winner and Ireland international Craig has struggled to live up to her amateur status since turning professional in January 2017 and competed mostly on the LET Access Series this year, her best finish being 39th at the Lavaux Open in September.

The 24-year-old has only made two career starts on the LET – both coming this year, with her best finish 84th at the Didriksons Skafto Open in August – but a good couple of weeks in Spain could the kind of break she has been waiting for that may set her up nicely for a breakthrough 2022.