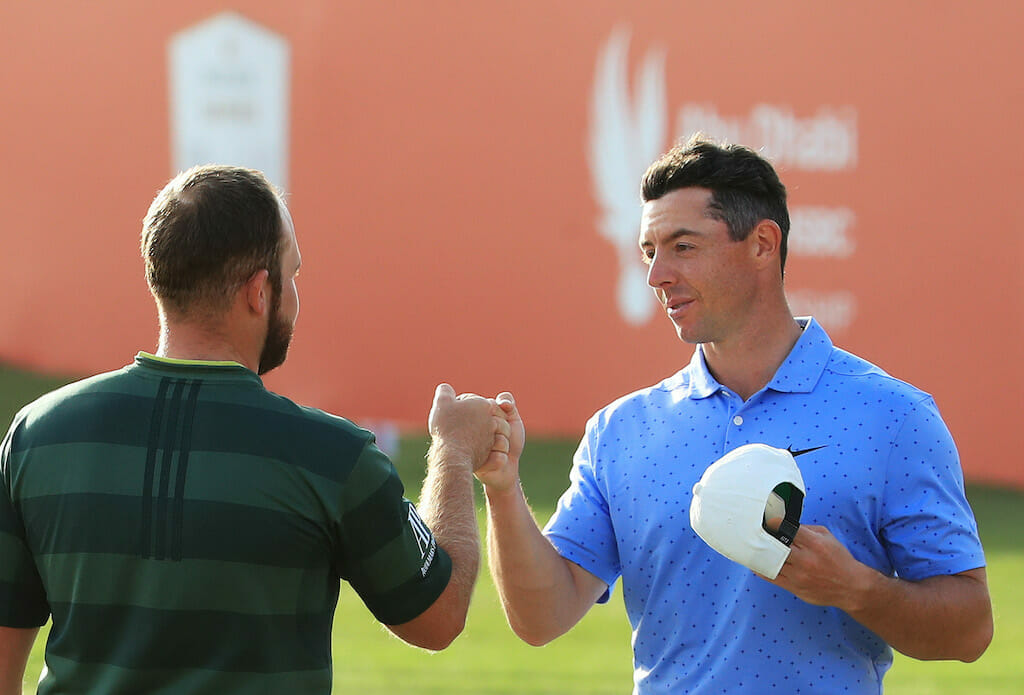 European Ryder Cup team-mates Tyrrell Hatton and Viktor Hovland have backed Rory McIlroy’s ‘independent contractor’ remarks that DP World Tour members should be free to tee-up in events other than in Europe or on the PGA Tour.

Hatton is no stranger to the course laid-out along the Red Sea and was asked if he considered himself an independent contractor and also what he thought of the DP World Tour’s move in considering ‘penalising’ members if they do tee-up in Saudi.

“I guess I’m an independent contractor,” he said. “I think as long as you support the tour in the right events like the Rolex Series ones, which I certainly feel like I have done, I don’t really see what the issue is.”

Hatton was among a very strong list of world class players named by the Asian Tour to compete next February having signed a contract with Saudi Golf to be present but they will have to obtain a release from the relevant Tours, and in Shane Lowry and Graeme McDowell’s case, from the DP World Tour, to tee-up.

This is something Hatton knows he has to consider.

“I think it’s too early. I can see stuff happening in the new year. I think we will get more of an idea,” he said

“I played there this year, finishing in a tie for sixth. I had a good week out there. In fact, I had a great Desert Swing and I just wish the rest of the season followed suit but sadly it didn’t.”

Hovland, already a three-time PGA Tour winner and the reigning BMW International Open champion on the DP World Tour, was asked his views on the matter.

“There are a lot of great tournaments out there that many of us can contest but at the end of the day I just want to see where I stack-up against the best players in the world. So, when you see that there are already a lot of good players committed to go play in Saudi, that makes it attractive for players who want to test themselves against the best players in the world and for that reason, I don’t see why we should be stopped from wishing to play in Saudi.

“It boils down to the fact you have to make your own decisions and where certain events fit in your own schedule. At the end of the day we just want to play golf.”

Do you consider yourself an ‘independent contractor’?

“I guess I am (smiling) but then I don’t get into the nitty gritty with the definitions of everything. So I guess I am an independent contractor.”