Maguire won’t burden herself with expectation in 2022 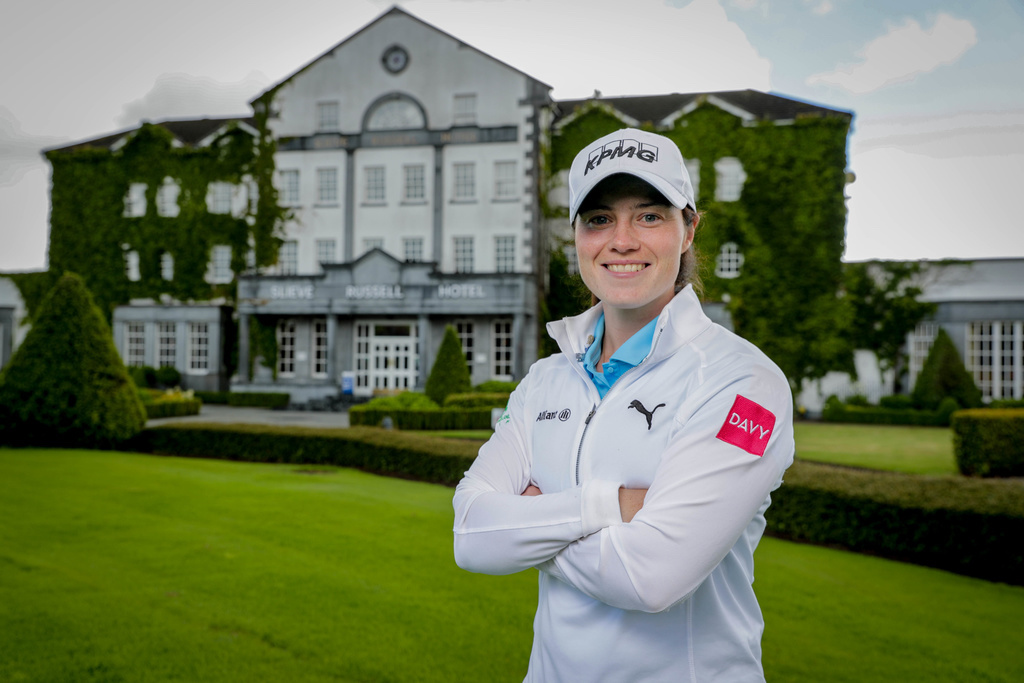 Solheim Cup star Leona Maguire insists she won’t pay attention to anyone’s expectations but her own as she looks to build on a breakthrough rookie season.

The world number 43 delivered her most successful career in the pro ranks to date, recording five top-10s including two runner-up results while comfortably qualifying for the CME Group Tour Championship.

Maguire reached a level of consistency that was the hallmark of her game in the amateur ranks and although a maiden LPGA win proved elusive, she ticked off her goals and then some, finishing the season ranked 17th on the season-long money-list having banked $885,141 from 20 starts.

“The main goal was to finish in the top-40 on CME this year so we more and above did that,” Maguire reflected at a Davy hosted media day on Wednesday.

“Solheim Cup was an outside goal that I obviously managed to do as well so overall I’m very happy with how the season went.”

The Cavan ace showed the world what the people of Ireland already knew at the Solheim, capturing 4.5 of a possible 5 points available in a record-rookie haul for Europe; leading Catriona Matthew’s side to a famous victory on away soil as her star burned brightly for all to see.

Naturally, with such performances comes added expectation, but far from concerned by outside influences, Maguire insists such expectation is nothing new having lived her life in the spotlight for the best part of fifteen years.

“People have expected things from me for the last fifteen years,” she smiled.

“There’s really nothing I can do about that. They can expect whatever they want. Ultimately it’s me putting in the time and the effort so the only one who gets to demand anything of me, is me.

“And I will have high expectations of myself, but at the same time I’m not going to put pressure on myself to do things that other people want. I’ll work as hard as I can and hopefully the results will follow suit.”

In terms of backing up a breakthrough year, Maguire is under no illusions as to the task ahead given the standards set by world number one Nelly Korda and second ranked Jin Young Ko. The undisputed leading pair of women’s golf have raised the bar and although Maguire will be buoyed by a best ever Major finish courtesy of a tied-sixth result at the Evian, and also running Korda close at the Meijer with a 23-under par total, she knows she has work to do to bridge the gap to the top.

“Rankings is never something I’ve focussed much on in my career,” Maguire admits of her aspirations to reach the summit of the women’s golf charts.

“I don’t even understanding how the rankings work so it’s not something I read into a whole lot but obviously there are a lot of great players in the world.

“Nelly and Jin Young had a right ding-dong battle for number one this year. They both won four or five times so I’ve a ways to go before looking at anything like that but I’ll stick to what I do best for now and keep trying to make those incremental improvements.”

That work is already well underway from her base in Orlando as Maguire takes advantage of the warm winter weather before taking some overdue time off back home in Cavan for Christmas.

“I’m working hard while I’m here, enjoying the good weather, and then I’ll take a bit of a break when I’m home over Christmas and then back at it again in January,” she says.

“It’s nice. We’ve a little bit of a longer break this year, basically a month extra, but I’ll make use of that time to make as many improvements as I can but at the same time, it’s been a long two years so I’m looking forward to some rest and recovery time too.”