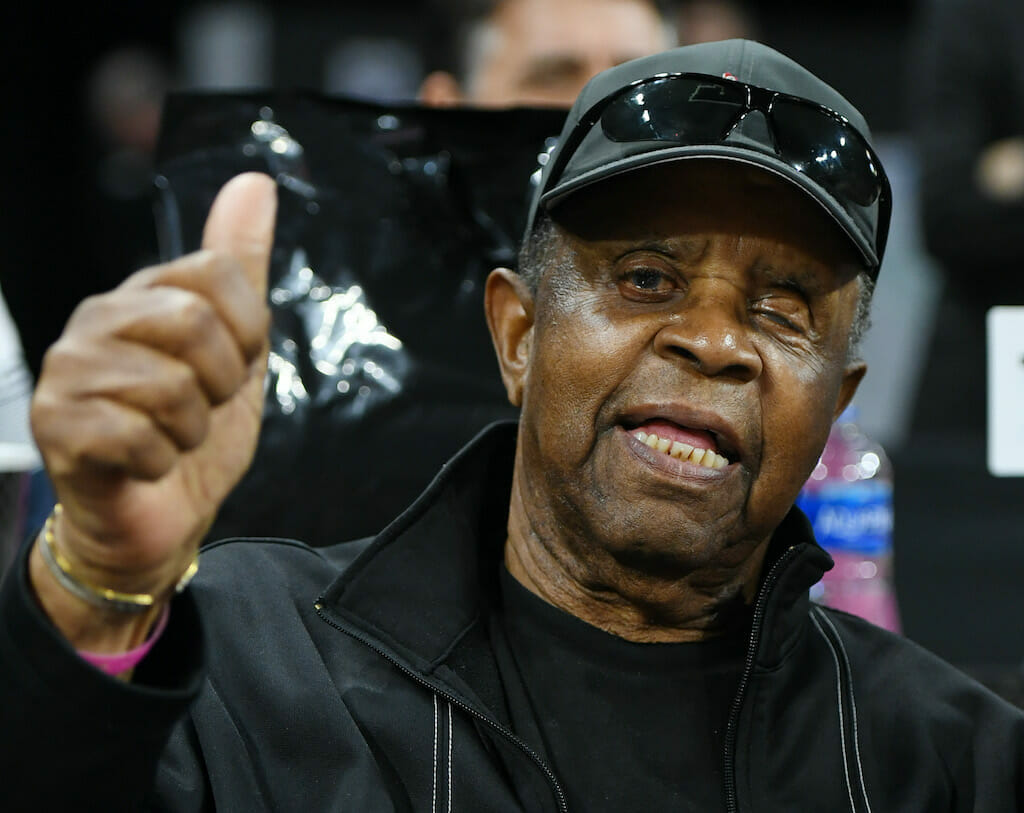 The golf world is celebrating the life of Lee Elder who died at the age of 87 on Sunday.

The first black man to play in the Masters, Elder joined Jack Nicklaus and Gary Player as an ‘Honorary Starter’ this past April where his pioneering ways were recognised by the golf world on the first tee at Augusta.

“It gives me great pride to know that my first Masters continues to make a positive impact on others,” Elder said upon hearing he would be starter.

“The opportunity to earn an invitation to the Masters and stand at that first tee was my dream, and to have it come true in 1975 remains one of the greatest highlights of my career and life. So to be invited back to the first tee one more time to join Jack and Gary for next year’s Masters means the world to me.”

Elder, who recorded a best finish of joint 17th in 1979 from six appearances, received death threats after being invited to play at the 1975 Masters at Augusta National. He rented two houses for the week of the championship, moving between the two so nobody would know where he was. However, Elder found that he got a rapturous reception wherever he went as he made his way around the course.

“Every green I walked up on, the applause was just tremendous. I mean every one of them people shouted, ‘Go Lee! Good luck Lee!'” he said at the time.

However, it’s important to note that on that same week he made golf history in 1975, Elder made it his business to tell reports of the landmark moment: “I don’t want to go down in history just for this. I want to be remembered, if I’m remembered at all, because I was a good golfer.”

And Elder was a fantastic golfer. A four-time winner on the PGA Tour and an eight-time winner on the Champions circuit, he was a superb player who broke down barriers through his golf game first. He was strong, resilient, persevering. Playing against a tide of racial discrimination and forging a path for others to follow.

“I think a lot of guys would have given up,” Elder said of his first year in 1968. “I don’t think they would have stuck it out this long.”

It’s a good thing he did. When Tiger Woods won his first Masters, there was no mistaking who helped him get there.

“Lee Elder meant a lot to me because he was the first,” Woods said. “He was the one that I looked up to. And because of what he did, I was able to play here, which was my dream.”

Lee Elder was an inspiration during his 87 years on earth, and he will continue to be long after his passing. Rest in peace.