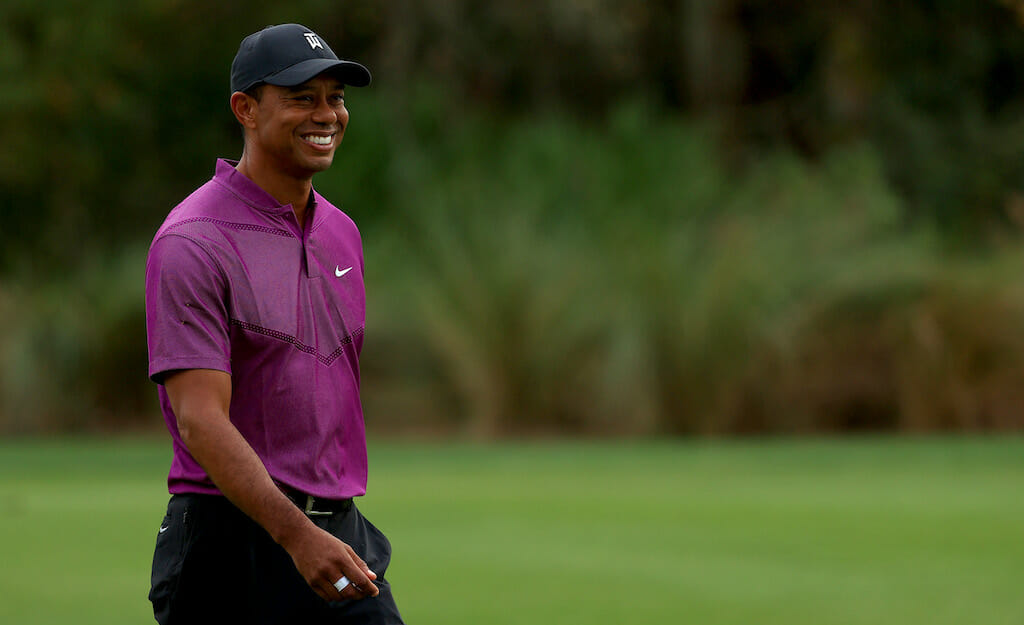 Tiger Woods did his best to break the internet on Sunday afternoon, posting a video of a smooth looking swing as he steps up his recovery following his serious SUV accident back in February.

The 15-time Major winner proved to be the main attraction in the golf world once more with his video viewed more than one million times in under an hour.

With his right leg heavily strapped, Woods’ swing clearly pleased the great man who captioned the post “making progress” as rumours abound as to when we might see Woods in competitive action again.

Woods was last season competitively at the 2020 Masters but good friend Justin Thomas, who visits Tiger three times a week mainly so their dogs can play together, hinted a fortnight ago on the No Laying Up podcast that another TW comeback bid was on the cards, though Thomas insists any potential return won’t be rushed.

“I know that he’s going to try,” Thomas said.

“I don’t see him ever playing if he can’t play well. He doesn’t strike me as a guy who has played at home and he’s shooting a bunch of 75s and 76s and he’s like, ‘OK, I’m gonna give Augusta a try this year.’

“That’s not really going to be him, at least from my understanding, what I know of him.”

It seems Woods still retains the fire to compete, and having been written off many times prior to winning the Masters in 2019, nobody would be so foolish as to write him off again.