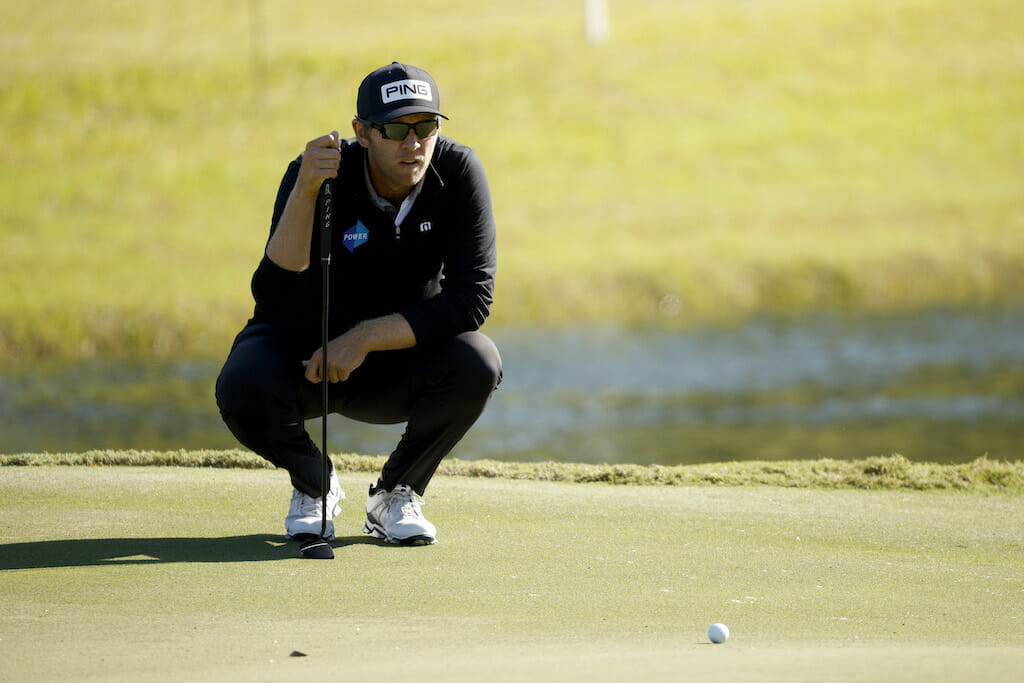 Seamus Power says he’s relishing the weekend battle at the RSM Classic after braving gusty conditions on Sea Island to remain in contention going into the weekend in Georgia.

The West Waterford man mastered strong winds on the Plantation Course at Sea Island, failing to make a mistake in carding a three-under 69 that moves him onto 10-under for the week, three shots back of midway leader Talor Gooch.

It was an admirable performance given the havoc the conditions were playing and further highlights how comfortable Power is looking on the PGA Tour this year, stringing together a run of excellent displays.

On this occasion he got off to the perfect start, birdieing his opening hole, but he had to be patient to keep his scoring run going as he rattled off 11 straight birdies to at least stay under-par.

But towards the end of his round he got his scoring going again, birdieing the 13th and then finishing on a high with another on his final hole to move up to sixth on the leaderboard, and the 34-year-old admitted he was a little relieved to be back in the clubhouse after it was over.

“I didn’t make too many mistakes. Was able to make a couple little par saves when I needed to, but for the most part I was pretty much in control, hitting a lot of greens,” said Power.

“It was a good day. It was tricky out there, those gusts were tough. You got one at the wrong time, it was kind of a tough break. Yeah, very happy it’s ended, bogey-free.

“I’m in good shape going into the weekend. Hopefully have two good rounds and see what happens.”

He, and the rest of the field, will be chasing down Gooch, who shot a five-under 65 in his second round at the easier Seaside Course to move onto 13-under, one clear of John Huh and first round leader Sebastián Muñoz.

Gooch has been on an excellent run of form having finished in the top-11 in four of his last five events, and he had four birdies, an eagle and a bogey in his second round to put himself in a strong position to claim his first PGA Tour title.

“It’s just comfortable, man. For the last month I keep getting asked (why I’m playing so well),” laughed Gooch, the World No.52.

Taylor Moore and Mackenzie Hughes are two shots further back at 11-under, with Scott Stallings and Zach Johnson alongside Power at 10-under.

It wasn’t so good for Graeme McDowell, however, as he slumped to a four-over 76 on the Plantation Course to miss his third consecutive cut after finishing two-over for his opening two rounds.

The former Open champion, who started at the 10th, had been in a good spot after a birdie on the 18th – his only non-par score on his front nine – but a calamitous triple-bogey eight at the par-five fourth and then a double-bogey on the par-three seventh crushed any hopes of him sticking around for the weekend.

McDowell’s PGA Tour exemption only lasts until the end of this season, so he knows he will need to start performing in the new year to retain his card beyond 2022.