Lawlor in command after opening 70 at EDGA Dubai finale 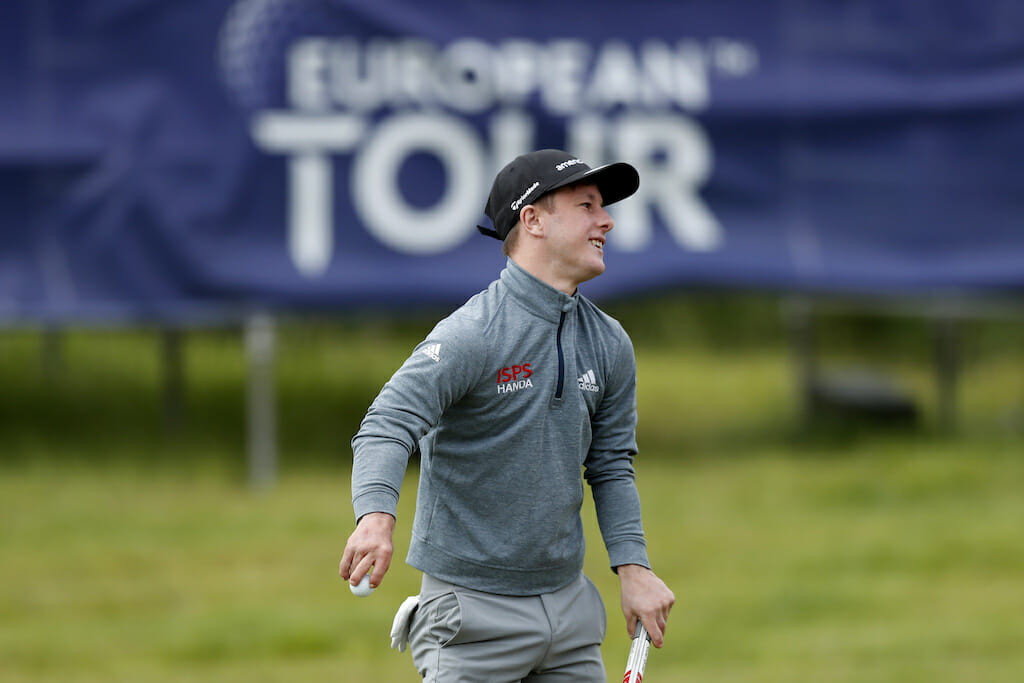 Brendan Lawlor took a big first step towards returning to the top of the World Disability Golf Rankings after opening up a two-shot lead on day one of the EDGA European Disabled Golf Association (EDGA) Dubai Finale.

The Modest! Golf professional bounced back from an opening bogey with six birdies in total, signing for a two-under round of 70 that puts him two clear of Mike Brown and Kurtis Barkley.

Brendan Lawlor leads the way after round one of the EDGA Dubai Finale ?#DPWTC #RolexSeries pic.twitter.com/kl73mjuKFO

Eight of the top-10 on the EDGA rankings are competing this week in Dubai but despite a lack of game-time in preparation, Lawlor was delighted to hit the ground running in pursuit of his third title this season.

“I got off to a tricky start today with a bogey but I bounced back pretty quick with very good birdies at the second and third – two long putts – and I was playing steady from there,” said Lawlor, who enjoyed a spell atop the rankings with victories in Ireland and Wales over the summer.

“I hit a lot of greens, a lot of fairways, I was striking the ball really well, took advantage of the par-5s. Hit some really good iron shots into par-4s as well and was cruising, just playing my own game.

“All-in-all, two shot lead, I’m absolutely delighted with my first round performance. Good swing thoughts, hit it pretty well. Didn’t put any pressure on myself. Just enjoyed my day, enjoyed my golf, and it puts me in good stead going into the final round tomorrow.”

This week marks another huge opportunity for Lawlor and co to showcase all that is great about disability golf. Players take on the exact same course setup as the cream of the European Tour across the two-day event and although Lawlor is determined to continue to put disability golf on the map with the exposure, he also maintains he has a mission to do while he’s at it.

“I’ve every confidence in my game that I can go out and hopefully do the job, get back to world number one and prove that I am the best out there. That’s what I want to do,” Lawlor said on Thursday.

“It’s another chance to get people into the game, a big reason as to why we’re here, but I’m also a competitor. I want to go out and do a job and hopefully I will.”