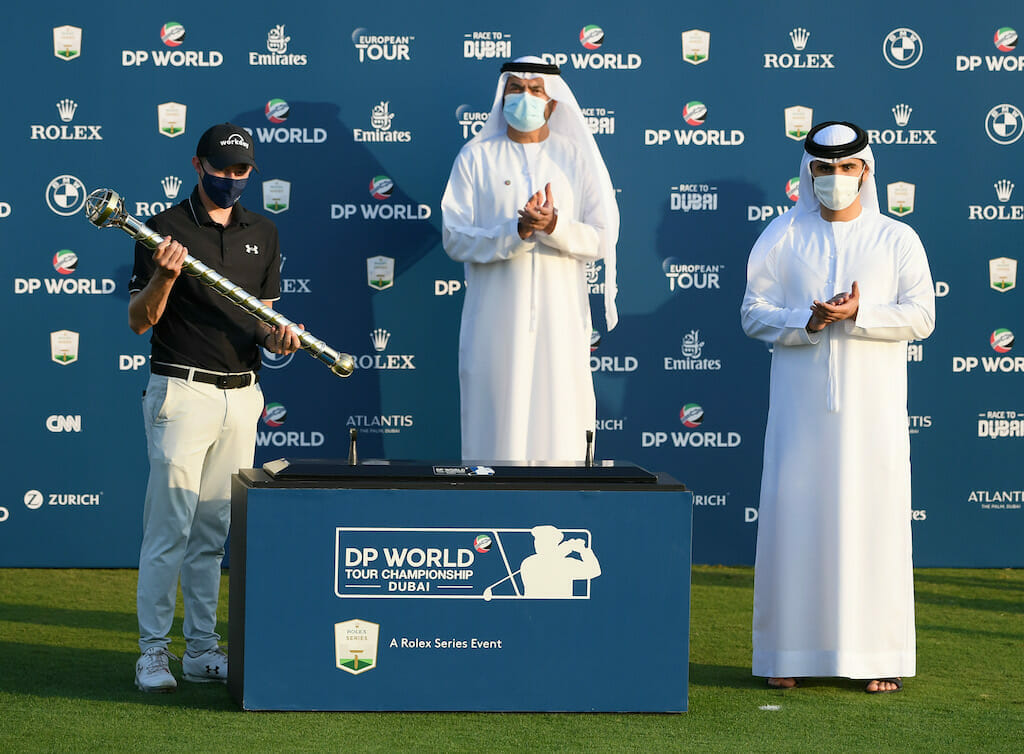 The European Tour hasn’t been a proper, ‘real’ European Tour for a decade and calling it the DP World Tour isn’t any different from being the Volvo Tour, which it used to be known as twenty-odd years ago.

It’s not so much the re-branding but the re-launching and large investment of new funds that has to be the good news. At worst, it’s better than the alternative, which could have meant being side-lined by the Greg Norman Asia-based ‘World’ Tour and possible extinction. Any development that makes Norman’s job more difficult has to be a good thing. What Norman has in mind is ‘too much disruption’ with no surety that it would last.

Instead, 2022 could see an exceptional overseas entry for the Irish Open (June 30-July 3) at Mount Juliet because of the increased prize money and the happy circumstances of the highly attractive JP McManus Proam at Adare being scheduled for July 4 and 5, followed by the popular Scottish Open and 150th Anniversary Open Championship at St. Andrews, in the weeks immediately afterwards.

My biggest concern about the (new) DPWT (and PGAT also) is they are closed shop cartels that are too difficult to access even if you are playing great golf and waiting in the wings, champing at the bit (like Niall Kearney now and Seamus Power used to be). Margins are too small and the rewards are incomparable. Even if you do make it, winning is everything and only one player can win each week.

My solution? More places for Monday qualifiers (eg-the recent Portugal Masters had at least half-as-dozen ‘no hoper’ local invitees). Let them Monday qualify, I say, and if anybody in Niall’s position is willing to travel and attempt to qualify by the Monday route – more luck to him. I’d also like to see more promotions (and demotions, obviously via the secondary tours) Not sure about bringing back Tour School, though, it was a Russian Roulette money racket with too few places and hard earned cards that were of dubious value.

This re-branding is the ideal opportunity for the DP World Tour to make  some changes to the way players can access their tournaments more fairly and openly. Will it happen? Your guess is as good as mine.