Irish quartet through to final round at Alps Tour Q-School 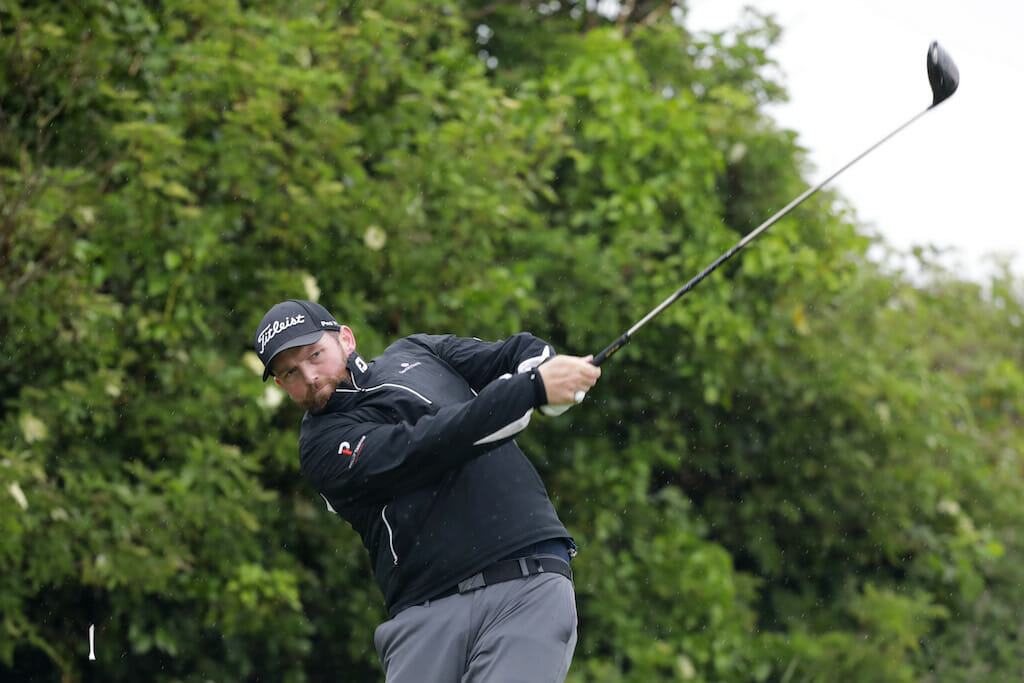 Four Irish players will carry their Alps Tour hopes into the final day of Q-School, with Simon Bryan leading the way on another rain-affected day in Italy.

Bryan is tied for 11th after making seven birdies in a five-under 67 at Terre dei Consoli near Rome, which has him four-under overall, while James Sugrue, Michael Young and Luke Donnelly also made the second round cut.

Sugrue added a 69 in his second round to lie two-under in 18th, with Young four shots further back after a 73 left him tied-44th and Donnelly another stroke behind in a share of 56th after a 73 of his own.

However, it is the end of the line for Marc Boucher, Robin Dawson and Conor Coyne, who all missed the three-over cut line at four-, six- and seven-over respectively.

The trio aren’t going away empty-handed as they will all be given Category 9 membership of the Alps Tour next season, however that will only grant them very limited starts on the satellite tour in 2022.

It is better news for those inside the cut mark, though, as they are all guaranteed Category 8 membership just for making it to the final round, which provides them with a few more starts, but their aim will be on breaking into the top-35 which gives them full Tour status for next year.

Currently Bryan and Sugrue are the only two inside that mark, which currently sits at one-over, but both Young and Donnelly will consider themselves to be right in the mix going into the final round at Golf Nazionale near Rome.

Bryan in particular was on top form on day two, with five birdies in seven holes on his back nine the highlight of his round that has him just outside the top-10 and five shots back of French amateur Martin Couvra, who leads by three at nine-under.

Former Amateur champion Sugrue, meanwhile, made an eagle, four birdies, one bogey and a double in a roller coaster round that has him in a strong position to claim full playing rights next season, moving up to two-under and inside the top-20.

“I’m playing decent at the moment and I feel when a couple putts drop, I always shoot good scores. It was nice to start off with two birdies and set the tone for the day,” said the 24-year-old Mallow man.

“I hit driver and a five-iron that hit the pin and went to three feet at the 18th. It was very unlucky not to go in, according to a guy at the green. It’s a lovely track, but it’s very, very wet. We needed wellies out there today.”

Kerry’s Young, who is based in France, added a 73 in Thursday’s second round to sit two-over, which has him one back of the top-35 as it stands, while Kilkenny’s Donnelly, who finished top of the leaderboard after the First Stage of qualifying, had a 73 of his own to fall to three-over.

However, the cut mark fell one shot too low for Carton House ace Boucher, who finished with back-to-back birdies but could only manage a level-par 72 that left him four-over, while Tramore’s Dawson scored well with a 71 but that only got him back to six-over.

Couvra, who shot a three-under 68 in his second round to reach nine-under for the week, leads by three from Italian amateur Andrea Romano, the Netherlands’ Lars Keunen and French amateur Clement Poletti.