Seamus Powers on with T11 in Mexico as Hovland successfully defends 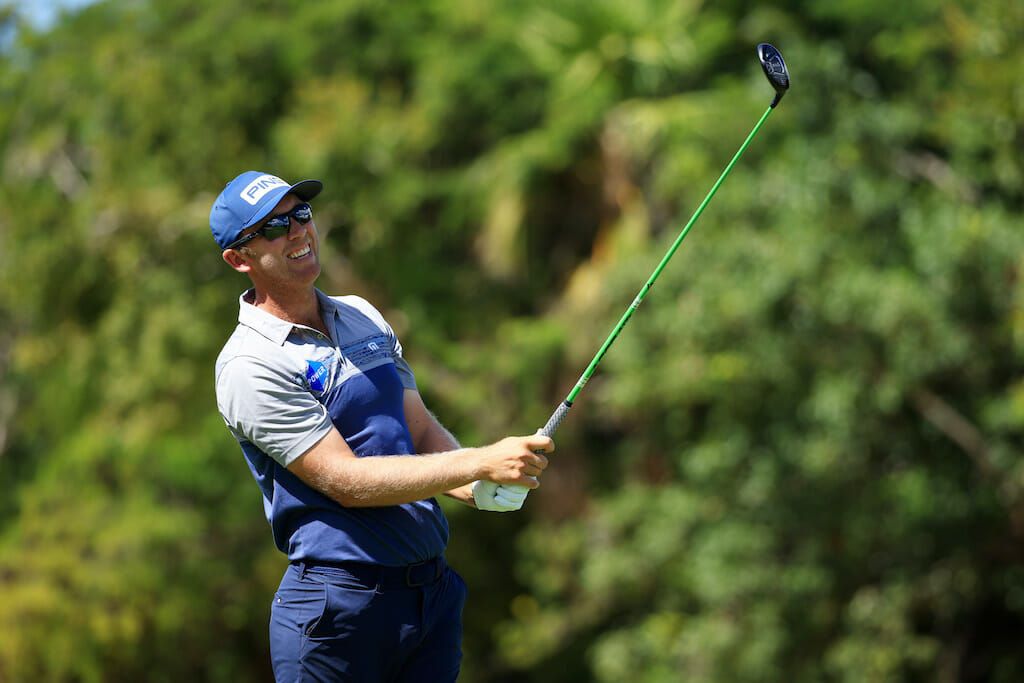 Seamus Power came away from the World Wide Technology Championship at Mayakoba encouraged by what he saw after picking up his ninth top-20 finish of the year in Mexico.

The Waterford man started Sunday’s final round too far back to challenge for the title, but a three-under 68 in his final round at El Camaleon Golf Club saw him finish in a share of 11th at 14-under for the week.

That was nine shots back of Norway’s Viktor Hovland, who comfortably defended his title as a final round 68 took him to 23-under and eased him to a four-shot victory over local favourite Carlos Ortiz.

Power’s finish will see him rise to a career-high 89th in the world rankings, as well as 36th in the early FedEx Cup rankings after banking $160,200 for the result; yet another encouraging sign that a second PGA Tour title shouldn’t be too long in coming.

Four rounds in the 60s – 68-67-67-68 – was a strong week’s work in Mayakoba, with a final round featuring five birdies and two bogeys a strong way to finish the event, even if he dropped one place on the leaderboard on Sunday.

The 34-year-old will head to this week’s Houston Open buoyed by another positive finish and, despite not finishing atop the leaderboard, he is feeling confident in his game moving forward.

“Overall it was a good week. I didn’t get the low round that you needed to keep up with some of the low scores but overall it’s another good solid week back to back,” said Power, who also finished tied-12th at the Butterfield Bermuda Championship.

“Another top-15 and the game is in good shape. I have a couple of things to tidy up next Tuesday and Wednesday to be good to go in Houston but the game is in a good spot. It’s nice to see two decent finishes in a row, so it’s encouraging.”

It was a relatively easy day for Hovland as he closed out the win in style for only his fourth professional victory, successfully reclaiming the trophy he lifted 11 months prior.

The European Ryder Cup star was at one point six strokes clear of anybody else in the field after three birdies in the final five holes of his front nine, although Ortiz clawed back that deficit with five birdies in six holes on his back nine.

But Hovland still had plenty to spare to get over the line, the 24-year-old dropping two shots on his inward nine but also carding three birdies, meaning he had a stress-free stroll up the 18th as he became the first player to win back-to-back on Tour since Brooks Koepka defended the US PGA Championship in 2019.

“I felt like my game was in a good spot going into this week and I knew this course fit me really well, so I was coming in with some high expectations, but obviously for it to end like this and win by four shots, it’s been a cool week. Couldn’t ask for it to go any different,” said Hovland, who is projected to move to 10th in the world rankings.

“I wouldn’t say the third round that I played is my best round ever. I didn’t tell myself that, oh man, I’m playing the best golf of my life, but it’s just kind of putting everything together into four rounds and making very few mistakes.