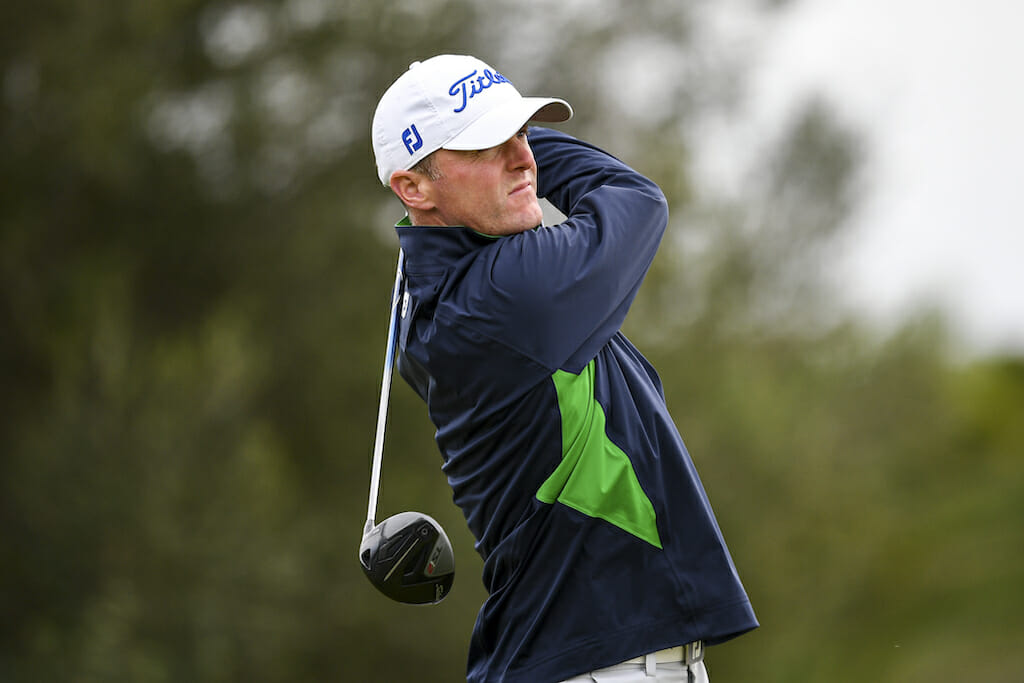 Michael Hoey will have to settle for limited starts on the European Tour next season after finishing the Challenge Tour campaign in 39th place on the Road to Mallorca standings.

The 42-year old had put himself in position for a weekend challenge but was unable to produce when he needed it most, carding rounds of 76 and 73 to finish well down the board on four-over par.

It’s still been a brilliant campaign for Hoey who cashed in big with some €83,000 on a rare main tour start at the Dunhill in September. By virtue of finding his way to the Grand Final, such opportunities will present themselves once more next term and with confidence renewed, Hoey feels ready to take advantage.

“Last year with uncertainty over your finances – we didn’t even know if there would be a Challenge Tour so this year has been a bonus,” Hoey told us at Irish Golfer Mag.

“I’ve enjoyed competing and just taken it one week at a time under no illusions because the standard of golf now is so much higher than 10/15 years ago.

“I really enjoyed the Dunhill and played some fantastic golf there; it was a big bonus with the team event and winning enough finances to give it a good go next year again. I’m enjoying it and feel I still have some good game in there.”

At the top, Marcus Helligkilde became the third Dane to win the Road to Mallorca Rankings after securing his third victory of the season at the Rolex Challenge Tour Grand Final supported by The R&A.

The 25-year-old posted a closing one over par round of 72 to move to eight under par and clinch an emotional victory at T Golf & Country Club. The Dane’s win saw him climb two places to the top of the Road to Mallorca Rankings and become the third Challenge Tour Number One to hail from Denmark, after 15-time European Tour winner Thomas Bjørn in 1995 and 2018 Rankings winner JB Hansen.

“I didn’t have a full status on Challenge Tour at the beginning of the year and I was just trying to get into the top 70,” he said. “I just stayed focused on what I had in front of me, grind as hard as I could and be the best version of myself. I’m still the same Marcus Helligkilde and I enjoy playing golf.

“I’ve got so many good friends and family back home and all of them have been motivating me and keeping me happy. I try and hang around with good people, and these are amazing people, always inspiring me to become a better golfer.

“I knew on 17 I could get in trouble trying to play that shot but I was so lucky to hit the right distance and give myself a 16-footer.

“I will have some beers with my friends tonight and also celebrate with Santiago Tarrio because it’s his birthday today.”

Two-time winner on the 2021 Road to Mallorca Marcel Schneider graduated in 11th place, with Norwegian Espen Kofstad and American Chase Hanna in 12th and 13th, respectively. Chilean Hugo Leon and Germany’s Marcel Siem finished in 14th and 15th on the Road to Mallorca, while Denmark’s Niklas Nørgaard Møller was the only man to make a final day move into the top 20, graduating in 16th place.

Germany’s Hurly Long will compete on the European Tour next year after graduating in 17th position, as will Andrew Wilson who incredibly birdied four of the last five holes of the season to climb back inside the top 20 after a double bogey at the 13th hole had moved him outside of the projected graduation spots. Scotland’s Craig Howie graduated in 19th position and the final European Tour card belongs to Daan Huizing, who finished just 2,429 points ahead of South Africa’s Wilco Nienaber and just missed out on graduation.

Helligkilde parred the last hole of the 2021 Road to Mallorca after a miraculous shot from under a tree to claim victory in Mallorca, one stroke ahead of Gouveia, Paul and French duo Brun and Lacroix who shared second place on seven under par after a tight final day, full of twist and turns.

South African JC Ritchie finished in sixth place on six under par and narrowly missed out on a European Tour card after missing a birdie putt on the 18th which would have elevated him into the top 20 on the Rankings, while compatriot Bekker finished a shot-further back on five under par.