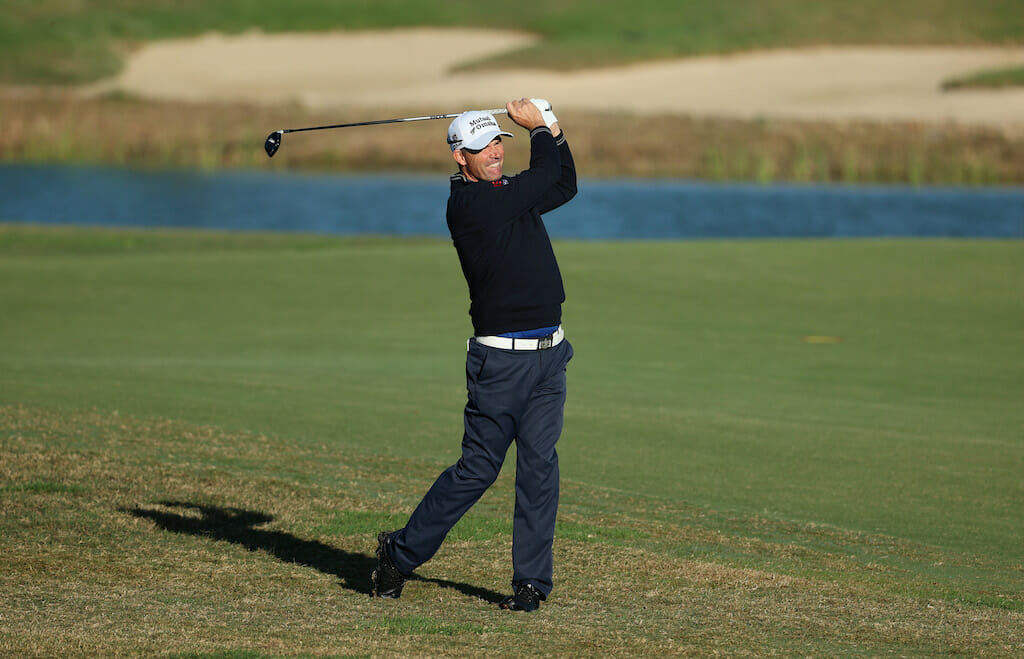 Padraig Harrington and Jonathan Caldwell will need to go low today if they’re to chase down Nino Bertasio who will take a two-stroke lead into the weekend of the Portugal Masters after the Italian carded a two under par second round of 69 at Dom Pedro Victoria.

The Irish pair cruised through to the weekend but lost ground on the leaders with Harrington holing an incredible 50-foot par putt at the last too rescue a one-over par 72 while Caldwell swapped two birdies and two bogeys in an even par 71.

Harrington, who encountered a bizarre butterfly ruling on Friday, sits at three-under par and just inside the top-30, albeit nine back of Bertasio’s lead while Caldwell was a shot further back having made par at the opening hole with his third round now underway.

As unusual golf rulings go…@padraig_h was involved in a bizarre ruling today with a butterfly. ? #PortugalMasters pic.twitter.com/HtaB9BlCmm

33-year-old Bertasio led by four at the start of the day after a ten under par opening round, but his lead was cut in half by the chasing pack, with 2017 Portugal Masters champion Lucas Bjerregaard moving to ten under par after a six under round of 65.

“I couldn’t expect anything similar to yesterday,” Bertasio said. “A solid day. I didn’t make many putts, the greens were a bit bumpy towards the end. I made three birdies and they were basically inside two feet. I didn’t make much out there, but I’ll take it.

“It was (challenging to stay present), I’m not going to lie. So many messages and a lot on social media. A good second round and with tomorrow it’s basically a new tournament, so I’m going to enjoy it.”

It was another day of low scoring in the Algarve as Matthieu Pavon of France and 2016 Ryder Cup player Thomas Pieters carded matching seven under par 64s to join Bjerregaard and Adri Arnaus of Spain in a share of second.

Callum Shinkwin, who won his first European Tour title last November at the Aphrodite Hills Cyprus Open, carded a five under par 66 to take solo sixth place on nine under, one stroke ahead of compatriot Sam Horsfield.

Cormac Sharvin missed the halfway cut by six shots with rounds of 76 and 72.