Hero Indian Open to return to European Tour in 2022 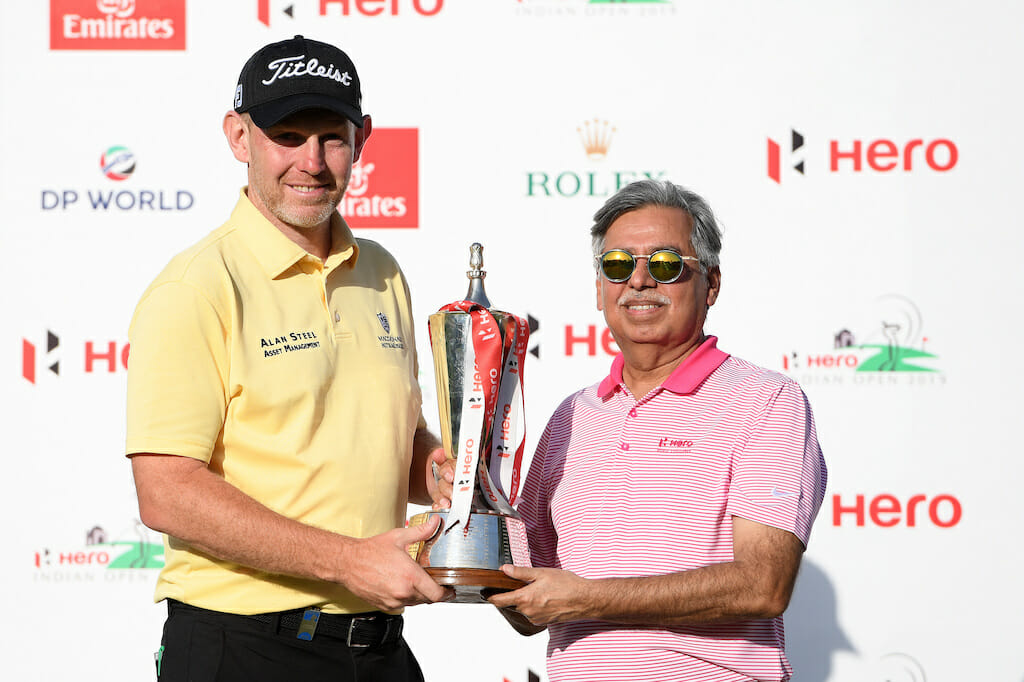 The Hero Indian Open is set to return to the European Tour’s Race to Dubai in 2022, with the 56th edition of the historic event to be played from February 24-27, following a two-year absence due to the Coronavirus pandemic.

This is the 15th consecutive year that Hero MotoCorp – the world’s largest manufacturer of motorcycles and scooters, and one of the biggest corporate promoters of multi-disciplinary sports around the world, is supporting the tournament.

First played in 1964, India’s longest running international sporting event, which is promoted by the Indian Golf Union (IGU), had its most recent winner in Ryder Cup player Stephen Gallacher with the Scot securing his fourth European Tour title in 2019.

Keith Pelley, European Tour Chief Executive, said: “We are delighted to welcome the Hero Indian Open back to the European Tour in 2022 and thank everyone involved in staging the 56th edition of this historic tournament. As ever, I must mention Hero MotoCorp and Dr. Pawan Munjal for the unwavering support to this event, particularly during these difficult times. Dr. Munjal’s vision and commitment to our sport through a variety of unique initiatives is second to none, and we look forward to working together on India’s national open once again. We must also acknowledge the owners of this great event, the Indian Golf Union (IGU), for their hard work in continuing to grow the game of golf in India.”

Dr Pawan Munjal, Chairman & CEO, Hero MotoCorp, said, “It truly gives me immense pleasure to announce that we are back with the Hero Indian Open. The 2022 edition of the Hero Indian Open marks the 15th consecutive year of our support to the country’s national open that has always provided the platform to golfers from around the world to showcase their talent and go on to make a career for themselves on the international circuit. I thank the European Tour and the IGU for their continued support to this event.“

Lt Gen D Anbu (Retd), President of the Indian Golf Union, said; “The Hero Indian Open is the most prestigious professional event in India. Since its inception in 1964, the Hero Indian Open has grown and matured and today epitomises golf in India. In its 56th edition in 2022, it continues to be the country’s flagship event. We are extremely grateful to Hero MotoCorp and European Tour for their continued support and look forward to a fraternal relationship between Hero MotoCorp, European Tour and Indian Golf Union in the years ahead.”