Harrington the headline act at next week’s Portugal Masters 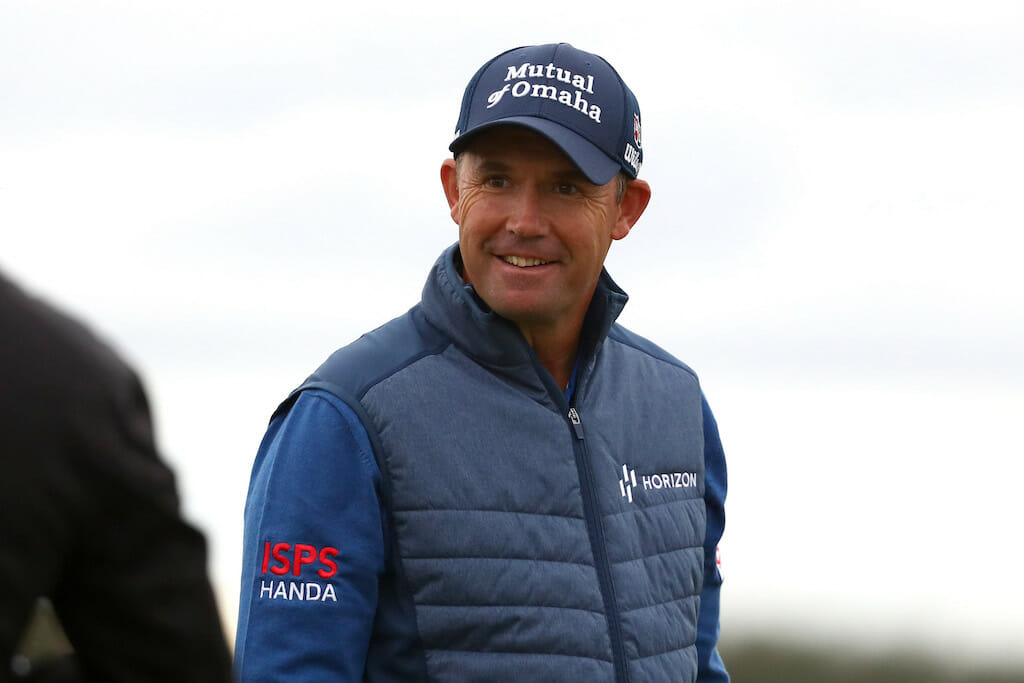 European Ryder Cup Captain and past champion Pádraig Harrington will headline a decent field next week at Dom Pedro Victoria for this year’s Portugal Masters from November 4-7.

Harrington, who has been cutting his teeth on the over-50’s circuit in recent weeks, bridged an eight-year gap in 2016 as he won his 15th European Tour title at the Portugal Masters, his first victory since his US PGA Championship triumph in 2008.

The Dubliner overturned a one-stroke deficit in the final round, carding a bogey-free 65 for a 23-under par total and a milestone victory.

Harrington is joined my Matt Wallace whose maiden European Tour title came on Portuguese soil in 2017. The four-time Tour winner will make his fourth Portugal Masters appearance next week, with his best result at the popular tournament coming in 2019 when he finished in a share of eighth place.

“I won my first European Tour title just down the road at Morgado, so I always get good feelings when I go back to the Algarve,” said Wallace. “It’s just a great place to play golf at this time of year and the Portugal Masters is a tournament I’ve always enjoyed playing.”

They will also be joined at Dom Pedro Victoria by Scotsman Robert MacIntyre, who will be making his first appearance in the popular event in the Algarve. The trio will tee it up alongside a number of past Portugal Masters champions and a host of rising stars on the European Tour.

The trio join defending champion George Coetzee and past winners Lucas Bjerregard, Steven Brown, Alex Levy and Andy Sullivan in the field for this year’s tournament. Also teeing it up are Sam Horsfield, Calum Hill, Grant Forrest and the Højgaard twins, Nicolai and Rasmus.

Set to fly the flag on home soil will be the professional quartet of Pedro Figueiredo, Tomás Melo Gouveia, Felipe Lima, Ricardo Santos as well as amateur Pedro Clare Neves.

Tickets for the Portugal Masters are €20 per day for adults, €17 for concessions, €8 for 12 to 17-year-olds and entry is free for children under 12. To purchase tickets, click here.