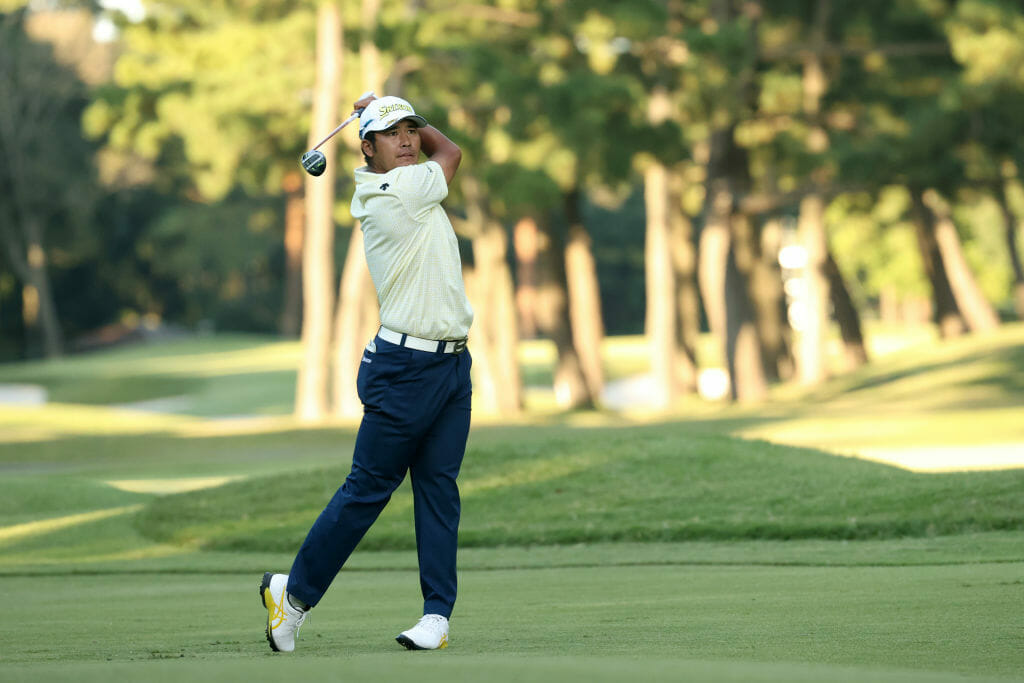 Hideki Matsuyama of Japan hits his second shot on the 18th hole during the final round of the ZOZO Championship at Accordia Golf Narashino Country Club on October 24, 2021 in Inzai, Chiba, Japan. (Photo by Atsushi Tomura/Getty Images)

Hideki Matsuyama added to a unique PGA Tour statistic with his convincing five shot success at the ZoZo Championship in his native Japan.

Matsuyama was never really challenged, taking the lead on day two and rounding off his seventh PGA Tour success in brilliant manner by eagling the closing hole on the host Accordia Golf Narashino Country Club layout.

The 72nd hole eagle, after eagling the par-5 sixth hole, handed Matsuyama a closing five-under par tally to win by five shots at 15-under par with the American duo of Brendan Steele (66) and Cameron Tringale (69) a distant second at 10-under par.

And a statistical wrap-up of the week with Matsuyama’s victory producing the following:

·       He moves to within one of K.J. Choi’s total career wins of eight PGA Tour titles, which is the most wins by an Asian player.

·       His five-shot victory is the largest margin of victory at the Championship (3 strokes/2019 ZOZO Championship/Tiger Woods). Final round 65 also matched the low final round score of 65 by a winner (2020/Patrick Cantlay)

·       Matsuyama hit 81.9% of Greens in Regulation ranking 1st in the category among the field

So, the question being asked: who were the other three Masters winners to have won in their ‘home’ country in the same year they were fitted with an Augusta National members green jacket?

Matsuyama was naturally delighted to win on home soil and winning in the manner he did.  Back in April, he headed to the final round of the Masters leading by four shots, and stretched that to six strokes at the turn, only to bogey three of his closing four holes and eventually win by a shot.

Matsuyama had won eight times in Japan, including as 2011 victory as an amateur while his ZoZo win does help ease the disappointment of not earning a medal in the summer’s Tokyo Olympics.