Caldwell looking to pack a low score in heading to Portugal 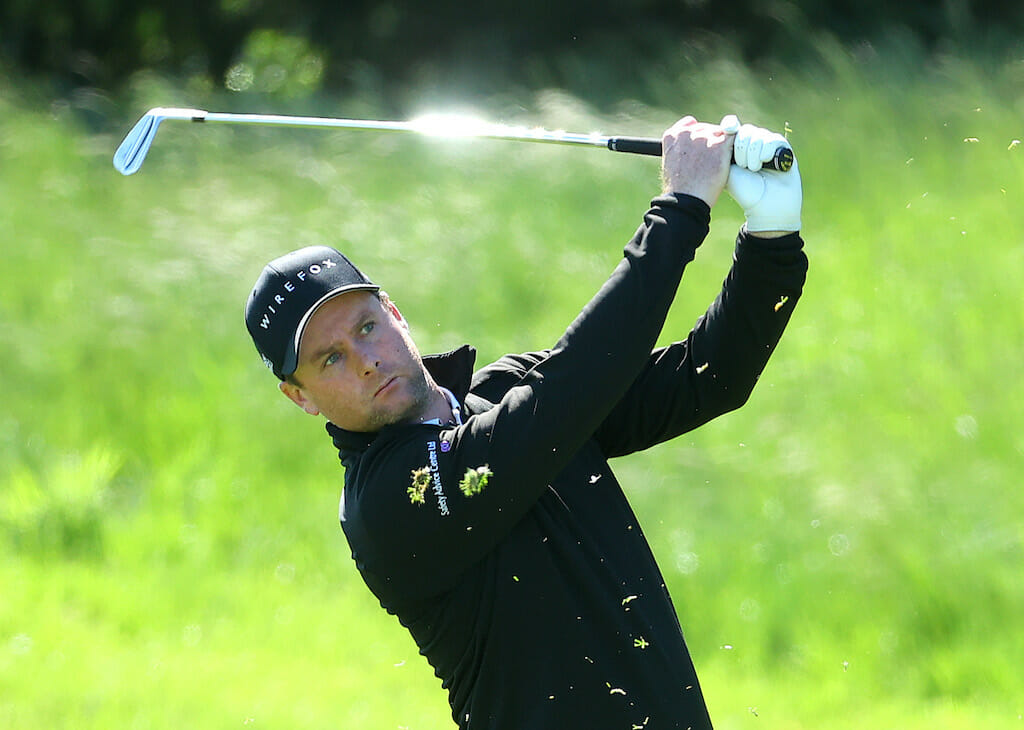 Jonathan Caldwell will be looking for a confidence boosting closing Mallorca Open low round he can pack into taking to next week’s Portugal Masters.

Caldwell is projected to drop one place to 98th on the Race to Dubai standings after a third round one-under par 69 and he heads to the last round at four-under and sharing 30thplace on the Santa Ponsa course.

Dane Jeff Winther brilliantly matched his equal career low opening day score of an eight-under par 62 to regain the lead with a sensational ‘moving day’ return and muscled his way two shots clear of the field at 15-under par.

The 33-year-old Winther has three wins to his credit on the Nordic Golf League Tour as he looks now to capture a maiden European Tour title in his 129th main Tour event.

Winther superbly capped his bogey-free third round of eight birdies with a hat-trick of closing birdies.   Looking at his three cards, Winther has now produced 22 birdies while posting three bogeys.  However, sticking out like the proverbial dog’s left hind leg is Friday triple-bogey ‘7’ at the 16th hole.

“Today was completely different, I have to admit,” said the Dane. “I was a little more controlled tee to green, compared to yesterday, which was literally left, left and more left. It was lovely today, Jorge Campillo and I putted really well. Just kept making birdies – it was like a little competition between us almost.

“I didn’t work so hard at it, I just said “Forget yesterday, swing like you normally do”. It’s been alright, I was a little bit on the right side today, so tomorrow hopefully it will be straight and in the middle”.

And Winther spoke of an extra edge he’s taken into this week’s event.

“Going home to the place we are staying with the kids will definitely remove all focus on golf, so it will be quite easy to keep emotions in check”, he said.

“It’s more the nerves on course tomorrow that I will have to try to keep in check. Let’s see if Stretch (caddie Ian More) is as good as my old caddie says he is.”

At one stage on day three, there were as many as six players tied for the lead at 10-under but now heading into the last day Winther’s closest rival is Spaniard Jorge Campillo who will again be partnered with the Dane on day four.

Campillo somewhat mirrored Winther’s first and third day scoring effort in posting a third day 64 as he had done on day one as the 35-year old seeks to secure a third European Tour win.