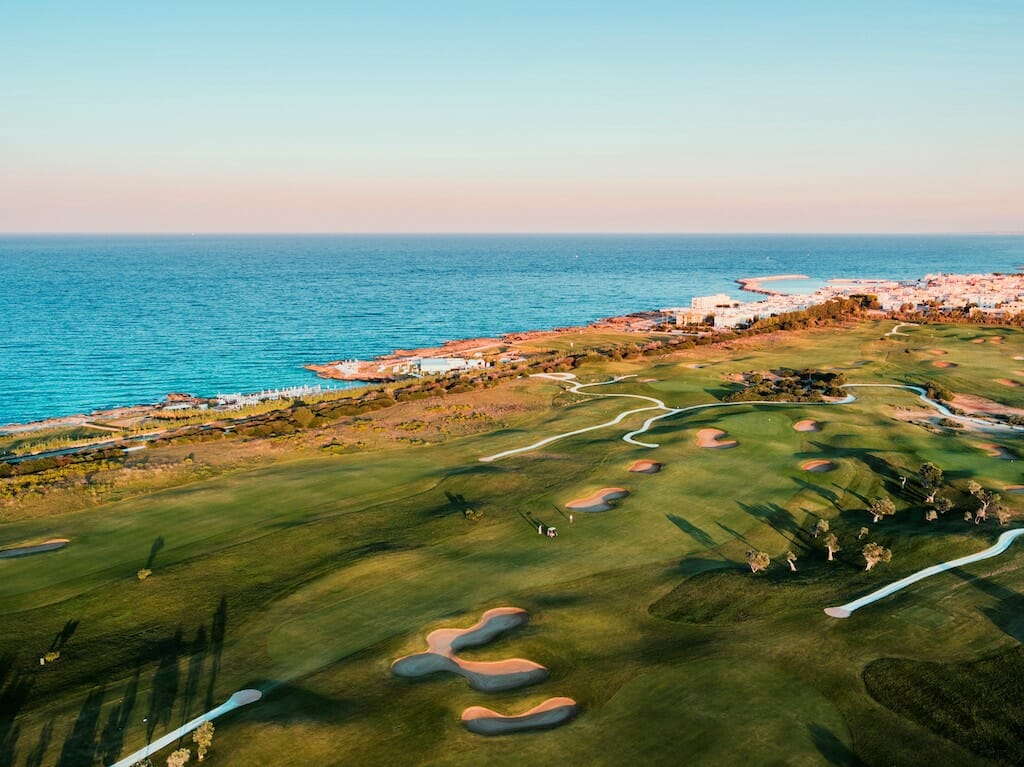 San Domenico Golf, located in the Puglia region of Italy, will provide the setting for the Sergio Melpignano Senior Italian Open from November 3-5, 2021.

The South East Italy venue will welcome the Legends Tour for its final stop on European soil before the MCB Tour Championship – Mauritius in December, as the inaugural Legends Tour season edges towards its conclusion.

San Domenico Golf is rich in history and has previously hosted the prestigious Challenge Tour Grand Final between 2005 and 2012. The course will be a true test for many with carefully positioned fairways containing centenary olive trees and glimpses of the ancient city of Egnathia, combined with strategically designed bunkers.

The event will be played as a legacy to the late Sergio Melpignano, the driving force behind the development of the resort and through his visionary entrepreneurship and determination he inspiringly lived his lifelong dream of bringing first-class golf to Puglia.

A strong field is set to compete for the title in Puglia, including Costantino Rocca, the five-time European Tour winner and two-time Legends Tour winner. Rocca was the first Italian to compete in the Ryder Cup in 1993 and will be joined at San Domenico by two-time winner of the event Clark Dennis, of the United States, and Senior Major Champions Stephen Dodd and Roger Chapman.

England’s Barry Lane will tee it up as defending champion after triumphing in the most recent edition of the event in 2019 when he defeated Frenchman Marc Farry in a play-off, while 2005 U.S. Open Champion Michael Campbell will also travel to San Domenico.

Phil Harrison, Chief Executive of the Legends Tour, said: “San Domenico Golf is a truly stunning venue and fits perfectly with our ethos of visiting world class destinations and showcasing them to the world.

“We are all looking forward to visiting Puglia next month as we bring the European leg of our season to an end.”

The Senior Italian Open will take place with the support of DS Automobiles, Fideuram, Kappa and Eureco, Corriere dello Sport, Tuttosport, Il Giornale and Infront. Sport Senza Frontiere Onlus has also been integral in carrying out the goal of social inclusion through golf in Italy.