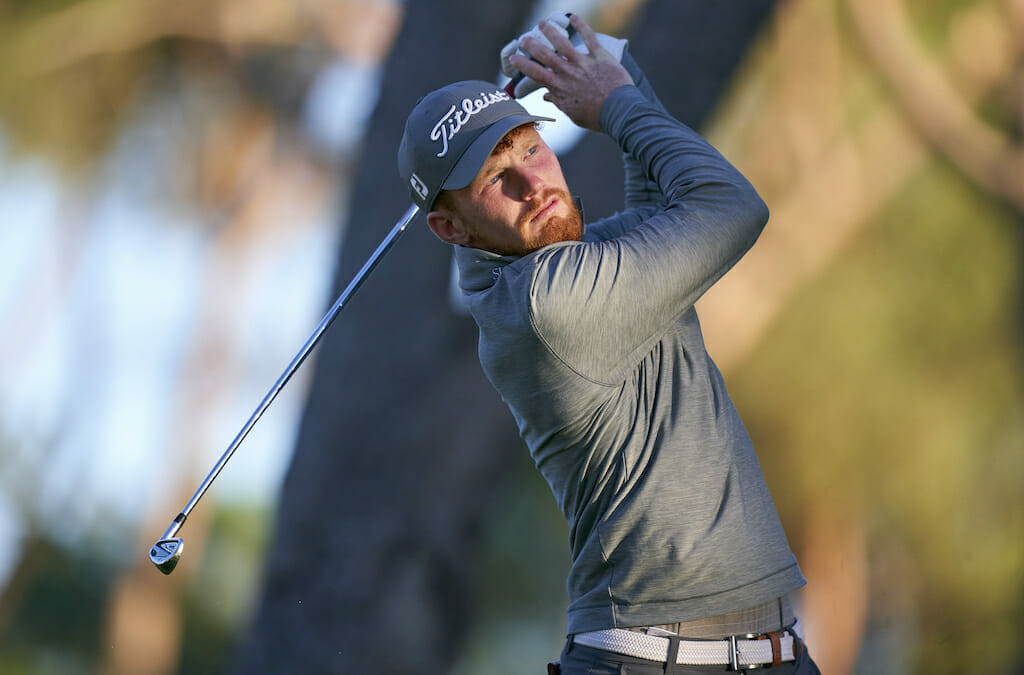 Kinsale’s John Murphy will learn his fate on Thursday morning after finishing his second round right on the projected cut-mark at the weather-disrupted Challenge Costa Brava.

With plenty of players left on the course and conditions set to ease on Thursday, Murphy will be hoping to have done enough after struggling to a five-over par round of 76 on day two in Girona, leaving him in a tie for 60th.

The 23-year old has spoken of mental fatigue before the tournament and at two-over par, perhaps it’s catching up with him. However, Murphy still sits in 70th position on the Road to Mallorca standings and with the top-70 set to earn Category 10 membership for next season, he’ll be hopeful of sneaking into the final two rounds to secure some starts for next year.

As for Michael Hoey, he’s projected to remain in 35th spot on the standings with the top-45 advancing to November’s Grand Final. Hoey added a 71 to his opening 70 to sit in a tie for 27th at one-under, nine shots back of Ricardo Gouveia who posted a four-under par round of 67 to open a  two stroke lead. The Portuguese got to ten under par at Empordà Golf with his closest challenger Frederic Lacroix of France reaching eight under par through 12 holes.

The 30-year-old  has  been in the winner’s circle twice this year at the Italian Challenge and the Made in Esbjerg Challenge – Presented by FREJA & TotalEnergies. After two solid first rounds in the second of two consecutive events on the same course, Gouveia is aiming to take his opportunities as he targets a sixth Challenge Tour victory.

“I played very well,” he said. “I finished yesterdays round this morning, played really solid, finished well yesterday and I just continued the good form from yesterday and yeah it’s really difficult out there, so I am happy with how I scored.

“The wind has been very steady this week from the same direction, and I started off well again this morning so to kind of have a small stop in between rounds was good and just to keep it going I was happy with the way I hit the ball as well.

“The course is the same and you know where not to hit the ball so yeah it really helps, and it was a new course last week so have four competitive rounds in it’s a really big help.

“It’s completely different conditions this week, the wind is from a different direction.

“I will do the same things and with this wind you just try and minimise the mistakes and take the opportunities when they come around and that’s the game plan for the rest of the tournament.”

Chase Hanna of the United States and Norway’s Kristian Krogh Johannessen are a shot behind Lacroix of France at seven under par and will also complete their second rounds on Thursday.

Four-time European Tour winner Matteo Manassero and Björn Hellgren of Sweden both signed for one under par rounds of 70 to take fifth spot.

The second round of the Challenge Costa Brava was suspended due to darkness at 18:56pm local time and will resume at 8:50am on Thursday October 21, with round three not starting before 11:30am.