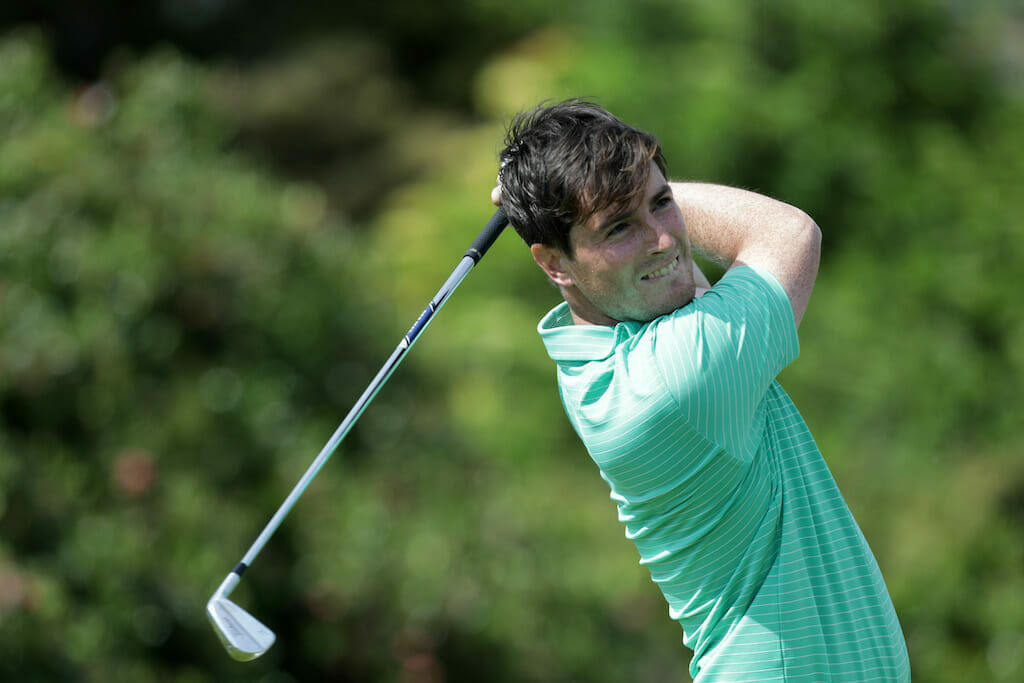 Ballymena’s Dermot McElroy will need to summon one last tune from the tools that have served him so well this year if he’s to lock down his Challenge Tour card for next season.

The 28-year old will fly the flag for Ireland as he chases Challenge Tour promotion at Slaley Hall as the EuroPro Tour Championship gets underway today. McElroy’s fate currently lies in his own hands, though his position is a precarious one. He sits in fifth spot on the Order of Merit with the top-5 set to graduate to Europe’s secondary tour next year.

McElroy won at Luton Hoo Hotel, Golf & Spa but knows a big finish is needed to fend off what should be fierce competition for a Challenge Tour card with the top-60 on the Order of Merit all competing at the Grand Final.

McElroy’s advantage is a slender one, just £1,462 ahead of sixth place Joe Dean on the Order of Merit with players sharpening their blades in behind. There’s also so much potential for movement at the Tour Championship where £25,000 will go to the winner.

Mitch Waite heads into the season closer leading the Order of Merit by a mammoth £16,607.09 after two wins at Mannings Heath and Studley Wood respectively alongside making 12 cuts from 12 tournaments and six top-ten finishes in total to dominate the year.

John Parry is the closest to Waite at £22,303.15 with the Harrogate man securing a long-awaited win at Cumberwell Park and making 12 cuts from 14, his hopes of returning to the higher tiers of European golf are firmly alive and well. Just behind Parry is Calum Fyfe who got his maiden professional win at Castletown with a record winning score of -24. Fyfe has been knocking on the door so momentum is on his side. Will Enefer and McElroy close out the top five as it stands.

This season has brought 13 different winners from 14 tournaments indicating just how much talent the Tour currently hosts with many coming close on multiple occasions to that first-ever professional victory during the season.

Set in 1,000 acres of Northumberland moorland and forest, Slaley Hall boasts a magnificent four-star hotel in an elegant Edwardian mansion, with two challenging championship courses – the Hunting and the Priestman – which have played host to no fewer than 18 European Tour and European Senior Tour events.

The 7,000-yard, par-72 Hunting Course, designed by Dave Thomas, has lush sweeping fairways, streams, lakes, towering trees, and banks of rhododendrons – but aesthetics aside, it will catch out the unwary. Well-placed bunkers and tricky greens make this USGA standard course a real challenge.