One of Ireland’s best golf weeks (for a long time, anyway) 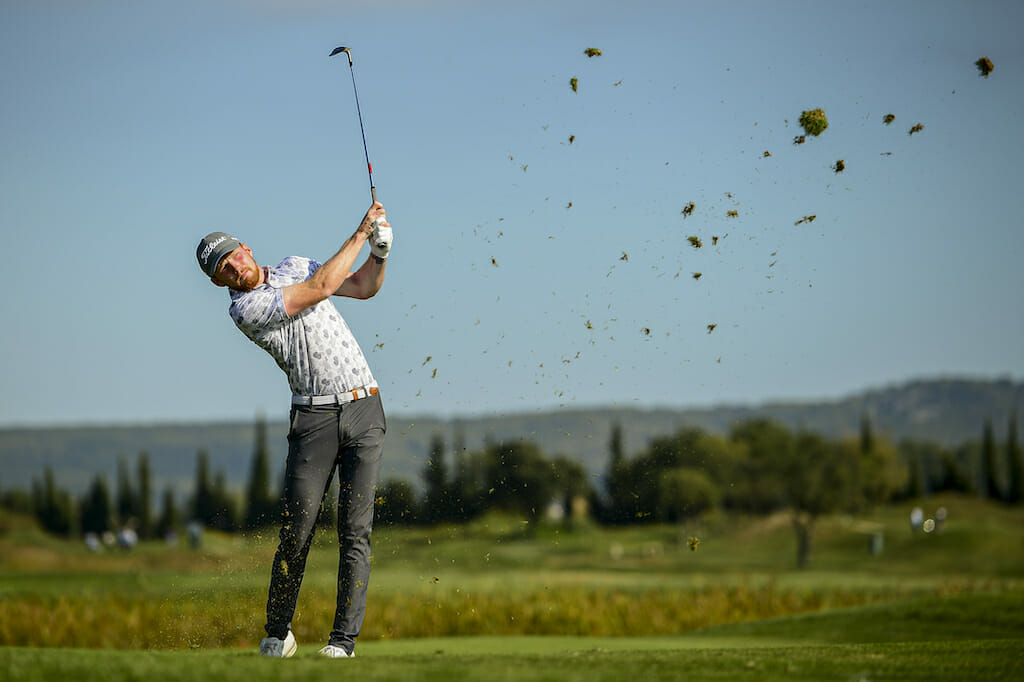 On several levels, last weekend was one of the best in a long time for Irish professional golf. It did not seem as if anything like such an outcome would be possible halfway through it. A terse note from one of my pals midday on Saturday dropped into my mail box pointing out that there wasn’t a single Irish tricolour to be seen opposite a name at the Andalusia Masters at Valderrama and would I be writing about it?

Probably not (I have complained about it more than enough, I think) I said depending on my mood but I did point him towards the one, lonesome, red hand of Ulster on a banner of St. George, thanks to Jonathan Caldwell, which had not registered with him. The harsh truth of the matter was that Caldwell was only barely present on the leaderboard in flat last position when the cut was made on Friday night. Nor was there a significant improvement thereafter, either.

Any thoughts of Rory McIlroy winning the CJ Cup in Las Vegas on the PGA Tour at the halfway stage hardly arose in our minds because the self-professed ‘best player in the world when he plays his best’ was 9-shots behind the leader, Keith Mitchell, whom Rory himself had perspicaciously tipped for super stardom pre-tournament.

What happens next? Rory shoots 62, 66 at the weekend and Mitchell ‘fades’ to return 73, 67 for joint-third place. You never know with golf! It was a long overdue win for Rory who hasn’t been in a top-five for a while, let alone the winner’s circle, as often as we all think he should be week-in, week-out.

Rory is only the seventh player in the history of the PGA Tour to win twenty times before the age of 33. The others are: Arnold Palmer, Billy Casper, Jack Nicklaus, Tom Watson, Tiger Woods and Phil Mickelson – quite the exclusive club, you will agree. Better still, he will qualify for a lifetime PGA Tour exemption (an honour not to be sneezed at) when he has been on Tour for 15-seasons in 2024; another extreme rarity.

But, just as significant (if you ask me) has been the recent performances by Cork man, John Murphy, on the European Challenge Tour. When John became a professional immediately after his Walker Cup commitments were fulfilled in mid-May, he had to depend on a limited number of invitations ‘bought’ for him by the Team Ireland Fund. That meant ‘half the season’ was over already and he was starting from scratch.

As the year has flown by, ‘Murph’ has been making up for lost time after being ‘left at the starting gate’ so to speak. His results have been getting stronger and stronger to such an extent that he is now within a feasible (not easy) striking distance of going to the end of season Challenge Tour Grand Finals on November 4-7th.

He has one more chance this week to make the all-important top-45. I wouldn’t put it past him to do it because from the first time I watched him birdie the diabolically difficult final two holes at Dromoland Castle to win the Munster Boys in 2015, I have rarely seen any golfer showing as much ‘bouncebackability and bottle’ as John does. He may be a ‘divil’ for taking double and triple bogies when he least expects it but, he still manages to wipe them out in rapid order and keep breaking 70. It takes an extreme amount of guts and skill.

Four 67s last week on the formidable Emporda course in Girona was not enough to win but the way it was complied marks him down as a special talent. Taking an 8 to complete the 8th hole on Saturday would have broken the spirit of many a golfer but not John Murphy! A birdie, eagle finish to complete his last round and his fourth 67 shows he knows how to ‘keep going right on to the end of the road’.

Professional golf tournaments are played over 72-holes and all of them must be completed; not 70 or 71 but 72! 16-under par four or five times a year is the bench mark for a viable career on the pro tours (at any level) It doesn’t always win but sometimes it does. All anyone can do is post those -16 consistently and everything will be all right in the end. But, you need to have a card with the right to be in every tournament first.

If things do not work out for John Murphy this week, Team Ireland should double his ‘sponsorship-donation’ for next season. And they should do the same for David Carey who failed to secure his Challenge Tour card by one, measly, mangy tee shot on the Alps Tour in Italy, that found water on the 72nd hole. When I innocently asked him why he didn’t play away from it? I was told there was water on both sides.

Imagine having to thread your ball past two lakes safely to make YOUR living? Give them extra money next year to help them to get to where they want (and deserve) to be. Murphy and Carey have shown that they are that close to having a few more tricolours on display on the European Tour website and I won’t be in receipt of snide notes from my friend bemoaning their absence.