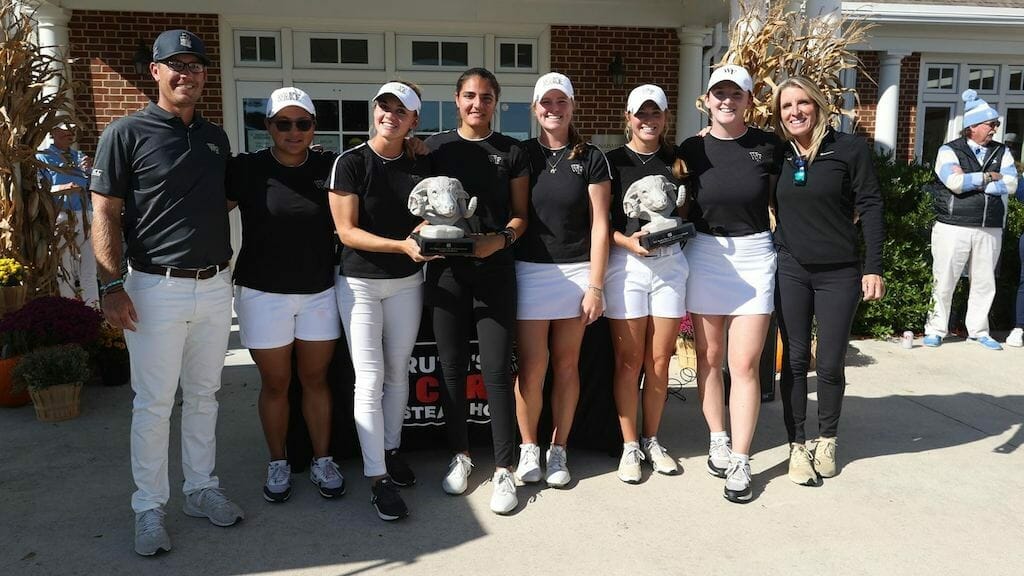 Junior Walsh didn’t have her best stuff for the week but still ground out a two-over par 54-hole total with rounds of 73, 72 & 73 for a share of 35th. Walsh’s putting competition companion and junior teammate, Rachel Kuehn was the star for the Deacs over the weekend, making a birdie on the 17th hole to earn medallist honours by a stroke and lead Wake Forest to a 10-shot win.

“It was great to see Rachel make history and for the team to perform and win with such outstanding competition. This is a fantastic team that works hard and it’s great to see their hard work pay off for them. We are looking forward to what’s ahead for this group.”

Kuehn shot even-par 72 today and finished the 54-hole event at 11-under 205 (70-63-72), which tied the third-lowest total in tournament history. The junior from Asheville set the women’s course record, Wake Forest’s 18-hole record and the tournament single-round record on Saturday with a bogey-free, 9-under-par 63.

The Deacs had four players finish in the top-21 in the individual standings and shot a 17-under 847 total. Clemson was second at seven-under 857. Virginia Tech gave the ACC a sweep of the top three at 5 under.

The Wake Forest women’s golf team will travel to Wilmington, N.C. for the Landfall Tradition October 29-31.