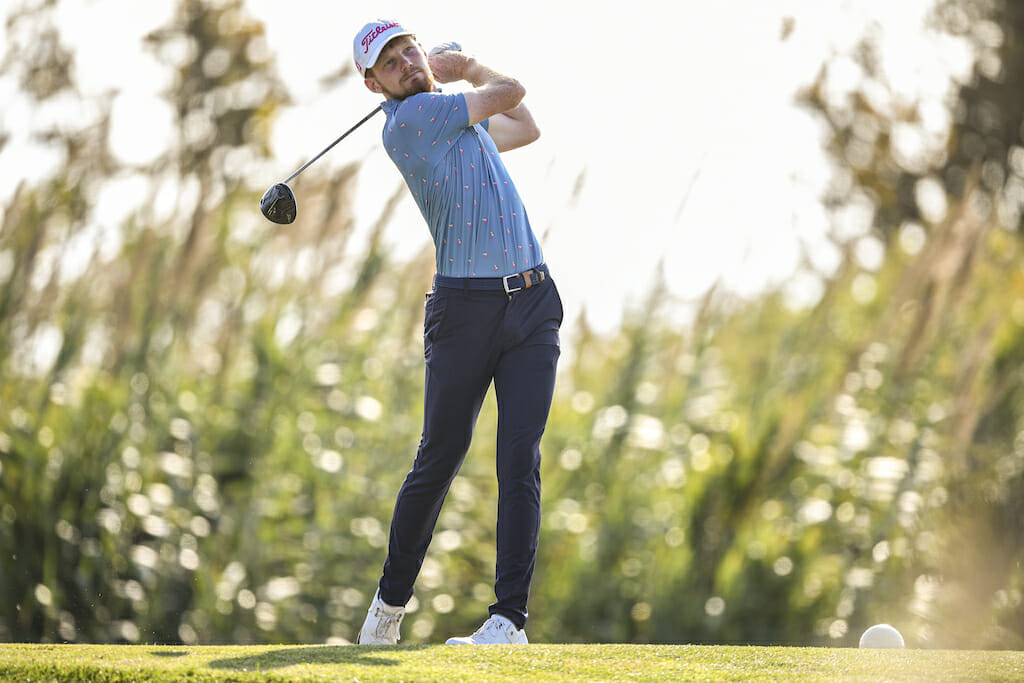 An eagle at his final hole of the week earned John Murphy a share of third place at the Empordà Challenge in Girona, Spain and a healthy €11,000 paycheque for his efforts.

The Kinsale man was the picture of consistency, shooting 67 in all four of his rounds to finish 16-under for the week at Empordà Golf, two shots back of eventual winner Julien Brun of France.

While Murphy will have some frustrations from the week as he thinks back to a costly triple-bogey on the eighth hole of his third round, it is nonetheless another fine finish for him, his second top-10 in his last three starts.

That being said, he was never really in contention for the win on Sunday in Girona, the 23-year-old starting the final day four shots back and reaching the turn in level-par after two birdies and two bogeys cancelled each other out.

However, he finished strongly on his back nine, two birdies and then the eagle on 18 taking him up to 16-under and earning him that share of third alongside Jeremy Freiburghaus, Jesper Svensson and Andrew Wilson.

This result will also see Murphy jump 19 places up to 69th in the Road to Mallorca needing to break into the top-45 to qualify for the season-ending Grand Final, with the cut coming after this week’s Challenge Costa Brava, however it will also be held at Empordà Golf.

That will be good news for Brun, who is up to third in the Race to Mallorca and could secure automatic promotion to the European Tour next season if he was to win again after picking up his second title of the season, triumphing by one stroke from England’s Jonathan Thomson.

After three birdies and one bogey in his first 10 holes, the Frenchman – who was the overnight leader – held his nerve to finish his round with eight straight pars to hold off Thomson’s clubhouse mark of 17-under to win by the narrowest of margins.

Svensson had put himself in with a chance when he reached 18-under with two holes to play, but he went bogey-bogey to finish to drop himself out of contention, leaving Brun to close out the win and put himself on the verge of promotion to the top-tier next year.

“Some of the guys came from behind and shot some very low scores. I thought that would be very difficult with the pin placements and course set up. We never really got it going in the last group so we couldn’t really feed off each other. It wasn’t easy but just to get it done that’s all that matters.

“I was aware (of the scores) because there were a few leaderboards and then on 17 I hit my first shot, then I hit it to tap-in range. I saw that Jesper made bogey on 17 so I had a one-shot lead. I saw him mess up a bit on 18, unfortunately, so I knew five was going to get the job done and fortunately I did it.”

Thomson had finished his round well before Brun, having started the day eight shots back, carding a fantastic nine-under 62 that had 11 birdies and two bogeys to put himself in contention, but unfortunately for the 25-year-old he would come up one shot shy.

Behind him, Murphy and Svensson – who shot a 66 when it was all said and done – shared third alongside Freiburghaus and Wilson, while another Swede, Jens Dantorp, was a shot further back in solo seventh at 15-under.

Meanwhile, Galgorm’s Michael Hoey finished in a share of 47th at six-under following a final round 69 at Empordà Golf and, barring a serious collapse at this week’s Challenge Costa Brava, should be in for the Grand Final at 35th in the Race to Mallorca.

However, he will be keen for a good finish in Girona as he looks to move closer to the top-20 who will earn playing rights on the European Tour next season, the 42-year-old able to take some confidence from five birdies in his final round, including one to close on 18.