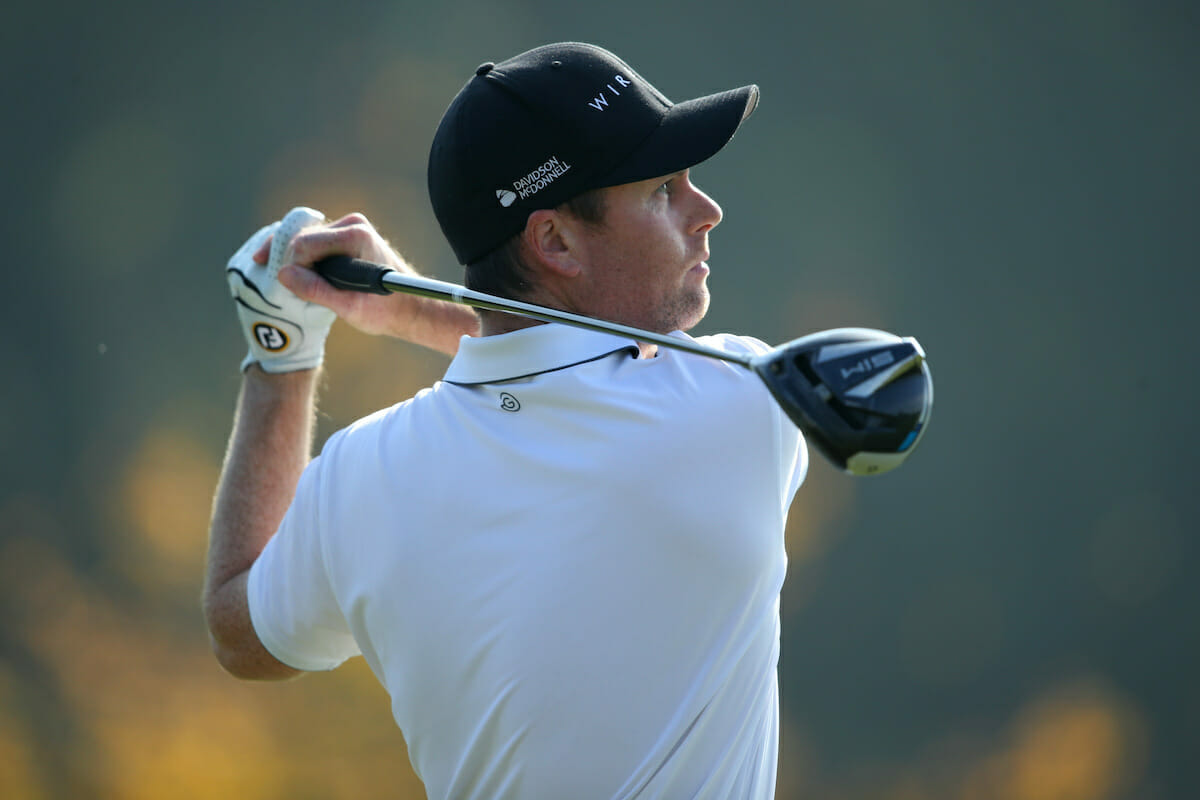 The only way is up for Jonathan Caldwell as he slipped to the bottom of the leaderboard after a particularly testing day three of the Estrella Damm N.A. Andalucia Masters at Valderrama.

The Clandeboye man was caught out by the pitfalls of the former Ryder Cup venue, six bogeys and a double contributing to a six-over 77 in round three to drop him back to 11-over for the tournament and last place of those who made the cut alongside Grant Forrest.

Chasing a top-60 place in the Race to Dubai to qualify for the DP World Tour Championship, Caldwell is currently projected to go the wrong way, falling to 98th in the order of merit due to his 66th position in Sotogrande.

The Scandinavian Mixed champion had started brightly with a birdie at his opening hole, but things went pear-shaped quickly for the 37-year-old, who dropped shots at the third, fifth, seventh and ninth before the double-bogey arrived at the 10th.

Caldwell would have hoped a second birdie of the day on the 13th would have sparked some momentum, but two more bogeys at the 15th and 18th led to a 77 that has him looking up going into Sunday’s final outing of the week.

At the opposite end of the leaderboard, it’s an all-English affair as Laurie Canter fired a four-under 67 to lead the way by three shots over fellow countryman and European Ryder Cup star Matt Fitzpatrick at seven-under-par for the week.

The 31-year-old, who is chasing his first European Tour win, endured a rollercoaster day that featured eight birdies and four bogeys to give himself a little bit of breathing room at the top of the standings.

“The golf course doesn’t give you loads. Although, as we all know, there’s opportunities to drop shots here. I think what it means is I can go out tomorrow and play how I have these last couple of days,” said Canter.

“The score I end up on will be competitive, I think. That gives me a lot of confidence going in. Having said that, we know what the course is like. The last five or six holes the wind came up from nowhere and the finishing holes are really tough.

“It’ll be interesting to see what happens with that tomorrow. There’s a whole load of things that can change on the course.”

Fitzpatrick, meanwhile, shared four birdies with three birdies in a 70 that has him four-under, but the round of the day went to David Lipsky, the American tying the lowest tournament round at Valderrama with a seven-under 64 that has him tied for third at three-under alongside halfway leader Romain Langasque.

“I’ve been hitting it pretty well all week, my putter was just really cold the first two days. I sent some videos to my putting coach last night, he gave me a few tips and I switched out my putter. I just needed to change something and apparently it worked,” said a delighted Lipsky.

“I’ve never done that before (changed equipment between rounds). I was terrible the last couple of days and I needed to do something. So I switched it up. I have a couple of putters I brought with me, I put the Scotty in play and today was great.”

Fitzpatrick’s Ryder Cup team-mate Bernd Wiesberger leads a four-strong group still in the running at two-under alongside Min Woo Lee, Renato Paratore and Sebastian Soderberg, with Ryan Fox, Edoardo Molinari and Julien Guerrier the only other players under-par at one-under.