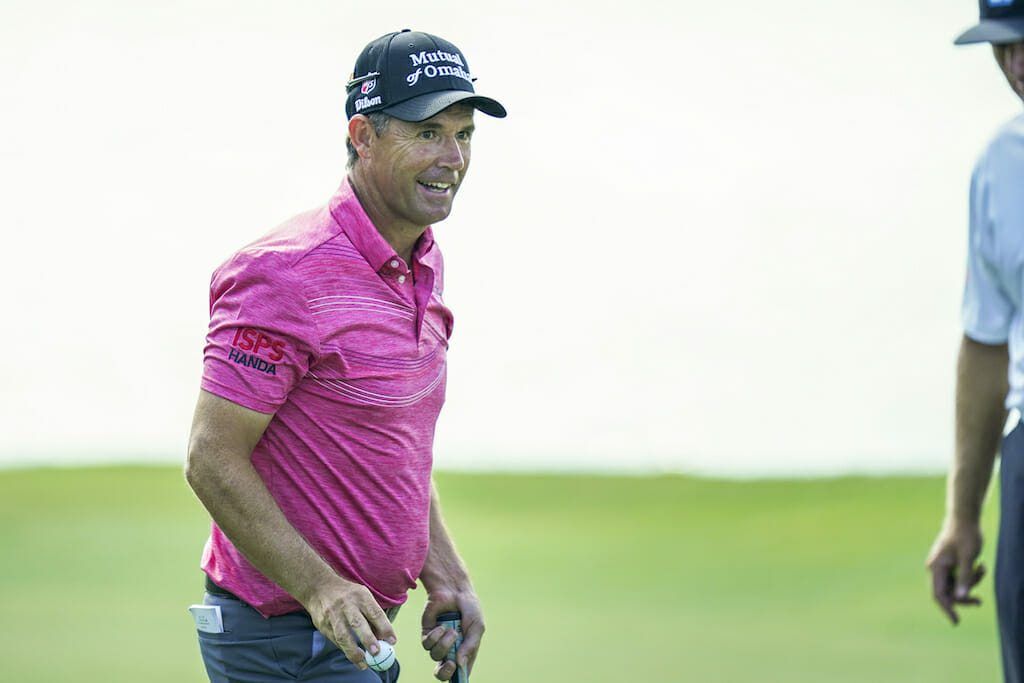 The wind might’ve calmed down by the time Padraig Harrington negotiated a brilliant five-under par round of 67 but he remains right in the hunt for a maiden title at the PGA TOUR Champions’ SAS Championship.

The three-time Major winner battled gusty conditions with five birdies and an eagle that looked set to leave him right near the top of the leaderboard before the wind died down and scoring improved late in the day on Saturday.

Still, at six-under par, Harrington is just three shots back of Miguel Angel Jimenez and Alex Cejka and despite fearing the leaders could pull away, the Dubliner will be all systems go in search of a maiden Champions Tour win.

“It looks like we got the wrong end of it. It looks like it calmed down now, so that’s kind of disappointing that I was hoping to hang in there, be right around that lead,” Harrington said post-round.

“Maybe I’ve done a good enough score that I’ll have a chance to shoot another one tomorrow. If it stays as windy as that, I would have been right there within a couple of shots of the lead.”

Told that a top-10 would get him into next week, Harrington very much had eyes for the title.

“I’m told the best top-10 gets into next week. So something to play for, but hopefully I’ll be within touching distance in trying to win the tournament as well,” he said.

At the top, Jimenez eagled the par-5 17th in a four-under 68 for a share of the second-round lead Saturday with Alex Cejka.

“I hit a beautiful 7-wood there, like 3 1/2 meters or less,” Jimenez said about the eagle. “All day long been hitting quite well and I played decent really. … I think played very well all day. Four-under par with these conditions, I think I played very well.”

Cejka shot a 67 in the round delayed 90 minutes late in the afternoon because of rain to match Jimenez at 9-under 135 at Prestonwood Country Club.

Bernhard Langer (66) was a stroke back with Scott Dunlap (68) and first-round leader Scott Parel (71). The 64-year-old Langer, the tournament winner in 2012 and 2018, leads the Charles Schwab Cup points race.

“Played pretty decent all along,” Langer said. “Yesterday, I played brilliant and didn’t make anything. Today, I played almost as good and made a few putts and that was the difference.”