Rafa riding on a high ahead of ultimate Valderrama examination 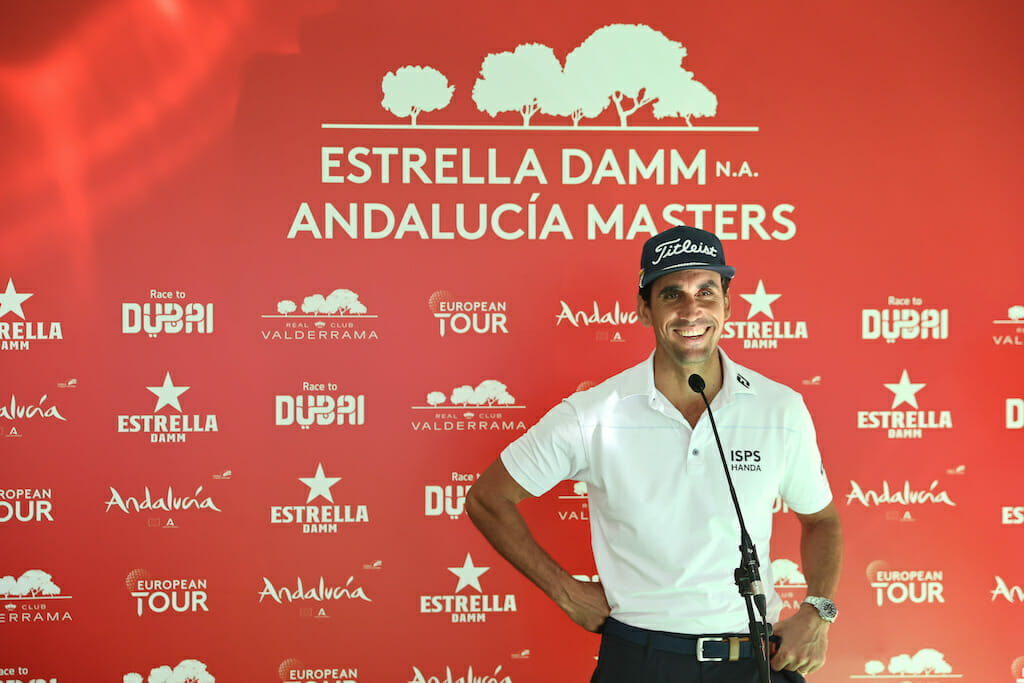 Rafa Cabrera Bello is riding the crest of a wave as he prepares to tee it up at Real Club Valderrama for the seventh edition of the Estrella Damm N.A. Andalucía Masters.

The 37-year-old secured the fourth European Tour victory of his career at his national open last week, the Acciona Open de España presented by Madrid, and hopes to bring that momentum to one of Europe’s most formidable golf courses.

“It’s an amazing golf course,” said Rafa. “It’s almost like the Augusta of Europe. It is one of the most intimidating, if not the most intimidating golf course I’ve ever played. Shots, don’t need to be good, they need to be perfect. Or as close to perfect as you can produce, because the margin between a great shot and a bad one is very, very narrow.

“You have to be on top of your game. Whoever wins this week gains a lot of respect from the players because we know how difficult a test this is. You can’t get lucky around this course. You have to play great.”

He is joined in the field by World Number One Jon Rahm, who is aiming to secure a third professional victory on home soil. The 26-year-old was bidding for a third consecutive Open de España triumph in Madrid last week.

“It’s extremely difficult (Valderrama),” said Rahm. “It’s a golf course where, on a perfect day, 80 degrees no wind, if you shoot under par it’s a good score. When the wind gets going, it’s a challenge. It’s not a long golf course. You don’t have to hit it hard off the tee, but you do need to put the ball in play.

“Every shot is going to make you think about what you’re doing. Every time there’s an event here, whoever wins was truly the best player that week. There’s nowhere to hide. You have to be the best. There’s no luck involved here. You go into the trees, you struggle, if you’re in the fairway, you have a chance. You can’t hide.”

John Catlin returns to the site of his maiden European Tour victory, which the American won by one stroke from two-time Major Champion Martin Kaymer, who hopes to go one better this year after his runner-up finish in September 2020.

“Valderrama is a very special place for many reasons,” said Kaymer. “Obviously it’s a very iconic golf course on the European Tour and in general in Europe. I played the pro-am earlier with the president of the golf club and he told me a little bit about the changes they are planning to do in the future. It’s a golf course I have always played really well, I enjoy the environment, the condition of the golf course is always fantastic.”

Catlin’s two over par winning score was the highest on the European Tour since 1992 when Sandy Lyle won the Volvo Masters, also held at Valderrama, with a score of three over.

“This was a special win for me last year being my first win out here in Europe, especially on a golf course like this,” said Caitlin, who also won the Irish Open at Galgorm two weeks later. “It’s a spectacular place to come back to, the memories start coming back, each hole I think about some of the shots that I’ve hit and it definitely makes me smile so I’m looking forward to a great week.

“It was a battle, Martin and I were kind of in a boxing match. It felt like it was one punch this way and a counter punch back that way and it just happened that I was up after the 18th hole – if we had to keep going it might have flip-flopped.

“I was very proud of the way I handled that boxing match. I just kept going and kept trying to dish out as many punches as I could. I always knew I could win. I had won quite a few times before but the European Tour is a whole other level and it definitely gave me a lot of confidence, especially on a golf course like this.”

Jonathan Caldwell is Ireland’s sole representative in the field. The Clandeboye pro is off at 13.50 on Thursday alongside Callum Shinkwin and Joachim B. Hansen.