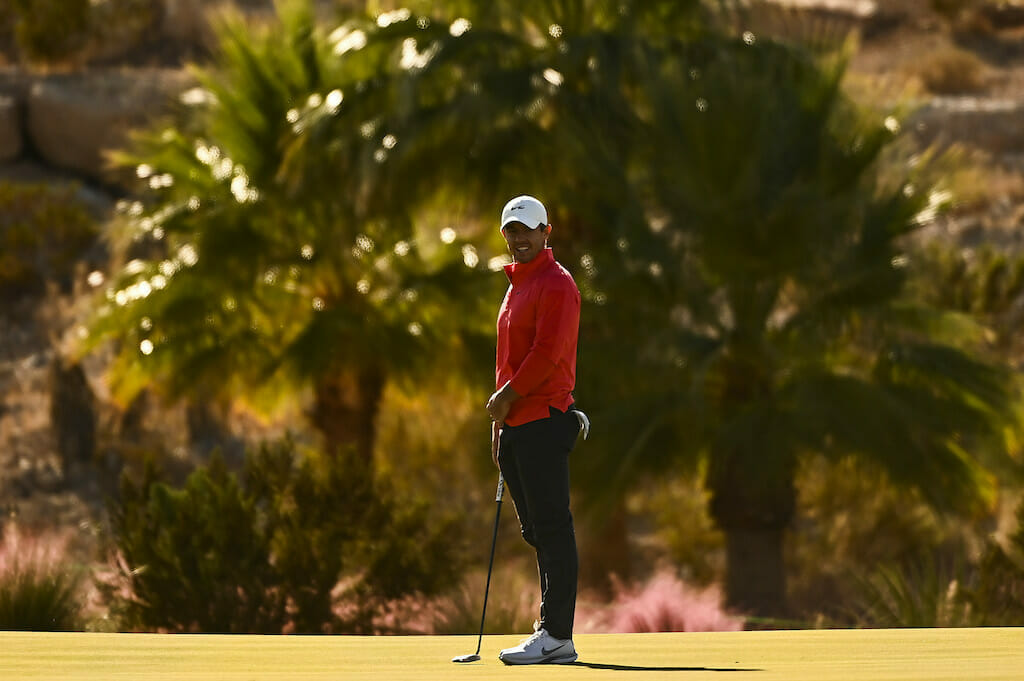 Shane Lowry and Rory McIlroy have arrived in the bright lights of Las Vegas ahead of their first appearances of the new PGA Tour season at the big-money $9.75 million CJ CUP.

An event that will hope to soon return to its traditional South Korean home once the pandemic allows, the limited 70-man field instead takes their chance in Sin City with Lowry and McIlroy just two of a large 17-player Ryder Cup contingent who competed last month at Whistling Straits.

2019 Open champ Lowry enjoyed a brief spell at home having flown straight from Wisconsin for the Alfred Dunhill Links Championship a fortnight ago. Weary after his Ryder Cup exploits, Lowry didn’t look overly enticed by the prospects of a morning tee-time at Carnoustie ahead of the opening day but his consistent season continued in Scotland where the Clara man tied-fourth and banked €184,559 on another fruitful outing on the European Tour.

This week represents a fresh start for his new PGA Tour campaign at The Summit Club in Nevada where European teammates Tommy Fleetwood, Sergio Garcia, Paul Casey, Viktor Hovland, Ian Poulter and Tyrrell Hatton all feature. Jon Rahm has put his country first, opting to tee up in the Andalucia Masters at Valderrama this week despite the mere €3m on the table compared to the €8M+ being played for in Vegas.

Whatever about the money, Rory McIlroy will hope to inject some confidence into his game after a highly-emotional last outing at the Ryder Cup. The four-time Major winner repaid Captain Padraig Harrington’s trust in the top singles match, dismantling Xander Schauffele with some vintage McIlroy play, and now he’ll be hoping to build on those green shoots from the off this term as McIlroy looks to inject some confidence into a golf game that has seen him fall to 14th on the world rankings and largely out of the major reckoning.

Having turned to everyone from Dr. Bob Rotella to Pete Cowen in a bid to rediscover his best stuff, or even close to it, McIlroy played no shortage of golf last year, admitting prior to the Ryder Cup that the condensed schedule had caught up with him.

One man fresh and keen for starts is West Waterford’s Seamus Power who enjoyed a top-25 finish at last week’s Shriners Children’s Open. After cracking the top-100 for the first time off the back of the result, Power will be eager for more chances but remains a third reserve ahead of Thursday’s start to the lucrative event. As a man calling Vegas his home, for now, however, Power will be ready to jump at any opportunity to tee-up should it arise ahead of the off.