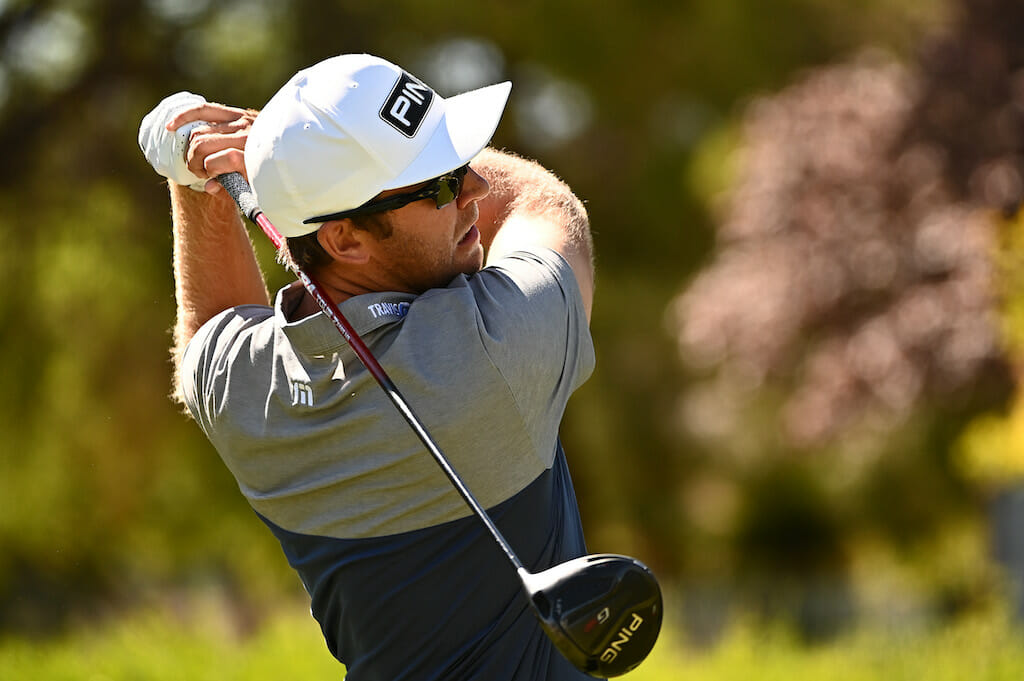 Welcome to the big-time, Seamus Power! Or at least congratulations on taking another sizeable step towards it after signing off on a four-under par 67 for a share of 21st at the Shriners Children’s Open.

It’s a rock-solid result for the West Waterford man to get his new season into gear but also a significant one after it emerged Power would jump seven places to 100 on the Official World Golf Rankings having ended 2020 in 429th place.

34 yo @Power4Seamus becomes the 16th male golfer from the island of Ireland (and the 9th from the Republic of Ireland) to reach the Top 100 in the world rankings since the inception of #OWGR. pic.twitter.com/3fTSTxa8VX

Playing off a winning category this term after breaking through at the Barbasol back in July, the 34-year old is steadily ticking off milestones as his career continues to blossom with a first Major start also on the horizon at next year’s PGA Championship.

On Sunday, Power well and truly bounced back from a rusty start at his season-opening Sanderson Farms event, brushing off a missed cut to fire five final round birdies and an eagle on his way to a 14-under par tally at TPC Summerlin in Las Vegas. Many a man would love to roll the dice in Sin City and come out $79,216 richer and that’s exactly what Power managed in a highly-encouraging second outing on the Tour this term.

Power’s been living in Vegas for the past number of weeks, still not quite settled on his long-term US base, but he certainly looked at home this past week with another hopeful opportunity in the offing in Nevada’s desert country with this week’s CJ Cup set for The Summit Club in Vegas with Power currently third alternate for the near $10million event that features Shane Lowry and Rory McIlroy.

As for the winning of this past week’s Shriner’s tournament, Sungjae Im delivered a devastating blow to the rest of the field’s chances, racing home with nine birdies in a bogey-free 62 to capture a four-stroke victory. It’s the South Korean’s second PGA Tour victory in his 100th start after his first win came in his 50th start at the 2020 Honda Classic.

“It was very tough to get my first win but I felt like the second one was harder and harder, but I kept my patience. I tried to stay composed throughout the period and I’m glad it came,” said Im, who has a new caddie to go with a recently appointed new trainer as well as a new house in Atlanta. A well-documented nomad of the Tour, Im’s decision to finally settle looks to have paid dividends.

“My trainer Andrew we started on the Phoenix week, but as I got to my second and third year on Tour. I felt the importance of conditioning and keeping myself stronger and healthy, so we’ve been working really hard and I’m glad it all turned out well.

“Buying a house in Atlanta, obviously hotel to hotel was not easy but having somewhere to settle down, to have my house and Atlanta is great to commute, huge airport, a lot of flights to everywhere, so it all came together very well!”